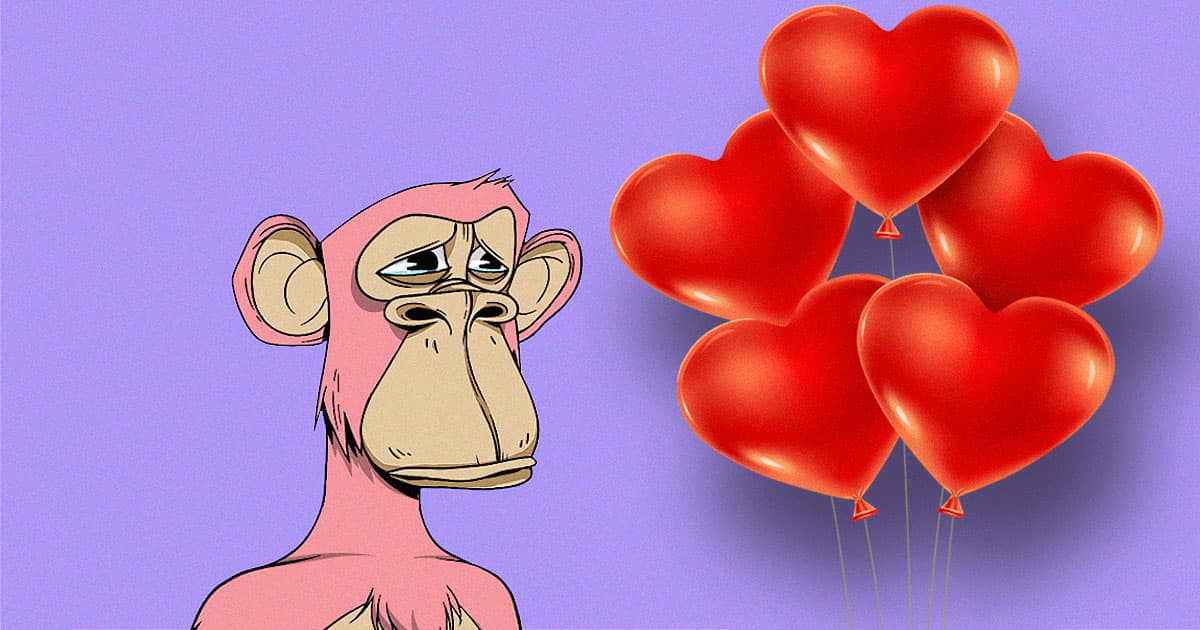 Somewhere on the scale between "down bad" and "Elon Musk rageposting about Grimes dating Chelsea Manning" lies a crypto lonely heart whose enthusiasm for non-fungible tokens (NFTs) induced an L that he willingly posted.

Twitter user Feld4014 broadcast to his 28.5k followers a series of events that any woman who lives in a major city, dates men, and has used dating apps in the past six months has probably encountered.

According to Feld, he "matched with a woman" and subsequently "exchanged banter with said woman" — and really, who talks like this in 2022? It's not Reddit circa 2011, my guy — ultimately scheduling a date.

Per a screenshot, the woman said she believed the pair would be incompatible because she had "a feeling" that her would-be date would be unable to avoid talking about NFTs — and given that his profile photo features one of the many "Bored Apes" in the user's NFT collection, she may well have been right.

I CAN'T MAKE THIS STUFF UP FAM 🤣 pic.twitter.com/I4xdKKy6CL

Though this exchange is indeed a god-tier example of crypto bros taking L's, it is absolutely not the worst example we've encountered in recent months. That distinction, almost without question, goes to the many people who have collectively lost tens of millions of dollars worth of crypto on the many NFT scams that keep cropping up in the burgeoning market, which is arguably a scam itself.

Make no mistake — the aforementioned Tinder exchange is absolutely, irrevocably embarrassing for the person who posted it. But at least he seems to have a sense of humor about it, which can't be said of many of his NFT-loving compatriots.

Stealing Apes
Someone Stole the Ape NFT That Was Supposed to Star in a New TV Show
Yesterday
Read More
Scam Artists
Crypto Fans Are So Dumb They're Clicking .EXE Files Disguised as NFTs
May 11
Read More
Papal Puzzle
We're a Bit Confused by the Vatican's NFT Plans
May 5
Read More
+Social+Newsletter
TopicsAbout UsContact Us
Copyright ©, Camden Media Inc All Rights Reserved. See our User Agreement, Privacy Policy and Data Use Policy. The material on this site may not be reproduced, distributed, transmitted, cached or otherwise used, except with prior written permission of Futurism. Fonts by Typekit and Monotype.