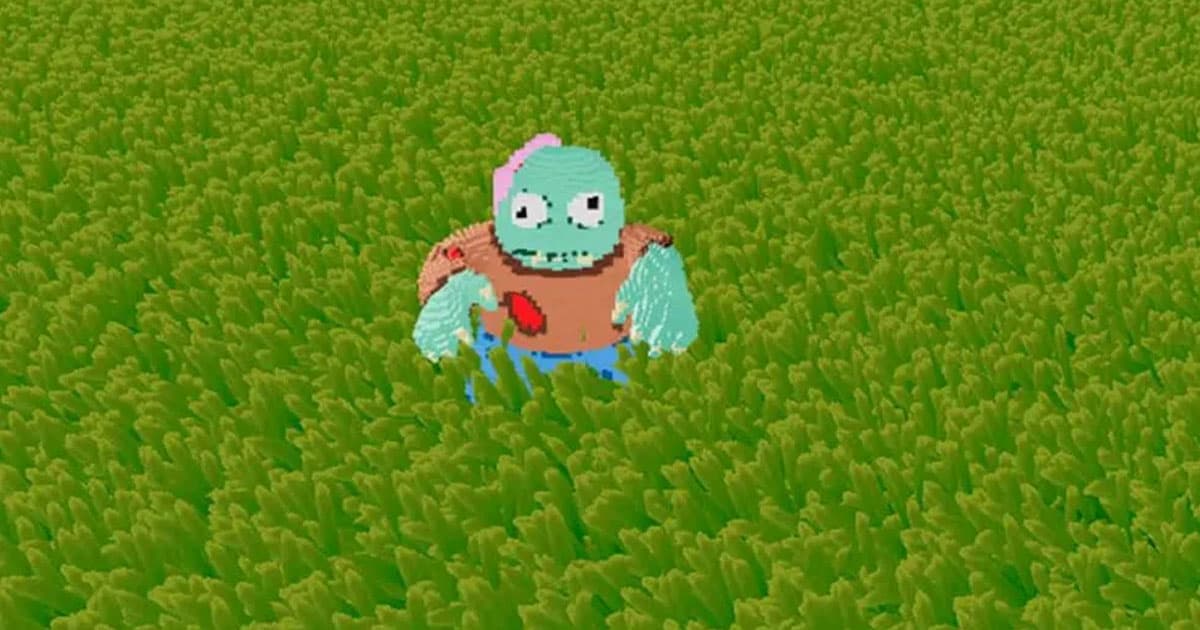 It's as hilarious as it is tragic.

It's as hilarious as it is tragic.

It's yet another tale of NFT hype gone hilariously awry.

What was promised to be a beautifully-designed, Pokémon-inspired NFT project called Pixelmon turned out to be a huge mess of irredeemably ugly pixel art — and investors are now furious.

The part-game, part-NFT project promised to allow buyers to "train, trade, fight and evolve your Pixelmon" in the Metaverse.

According to the project's lead, who goes by the username "Syber," the project raised $70 million worth of Ethereum on the NFT marketplace OpenSea, while teasing tastefully-designed characters.

When the actual NFT art was revealed late this month, however, investors began to immediately express buyers' remorse.

"I think it's fair to say all the buyers were rugged," one Twitter user argued, referring to an increasingly common maneuver in which crypto developers unexpectedly abandon their projects and run with the money. "Stop supporting cash grab NFT projects."

So @Pixelmon raised over $70m at 3 ETH per mint just for them to reveal like this. I think it’s fair to say all the buyers were rugged.

After touting Pixelmon as a surefire investment back in December, Syber admitted after the reveal that "the [art] reveal was unacceptable," claiming the stuff they'd showed off didn't reflect the actual in-game art.

Pixelmon had an art reveal so terrible, ‘Kevin’ is being labeled a historical NFT pic.twitter.com/A2ummGDypV

It's far from the first time an NFT project has failed to live up to the hype. Not a week goes by, it seems, without an NFT scamming collectors out of millions.

Pixelmon, however, is a little different. Instead of running with the money, Syber is doubling down, arguing the project isn't ready yet.

"The plan was always to use the funding raised from mint to create proper and better models," they wrote in a tweet.

"I would like to apologize on behalf of myself and Pixelmon for everyone that has been affected by this," Syber wrote in a Sunday "Ask Me Anything" on the project's Discord channel, as quoted by CoinDesk. "When we began this project, we were not thinking it would get as big as this."

Whether such an apology will be enough to appease collectors, some of whom spent thousands of dollars' worth of Pixelmon, remains to be seen.

Read up on an NFT scam with a happier ending: A Bunch of People Who Got Scammed By An NFT Project Took Sweet Revenge

Gamer Word
Scientists Find That Gamers Are Indeed More Racist and Sexist Than Normies
Oct 27
Read More
Apes Ahoy
A Major NFT Project Is Falling Apart in a Storm of Lawsuits
Mar 22
Read More
Rube Goldbergian
The Dune NFT Project Is Back With an Inscrutable New Scheme
Mar 9
Read More
+Social+Newsletter
TopicsAbout UsContact Us
Copyright ©, Camden Media Inc All Rights Reserved. See our User Agreement, Privacy Policy and Data Use Policy. The material on this site may not be reproduced, distributed, transmitted, cached or otherwise used, except with prior written permission of Futurism. Articles may contain affiliate links which enable us to share in the revenue of any purchases made.
Fonts by Typekit and Monotype.