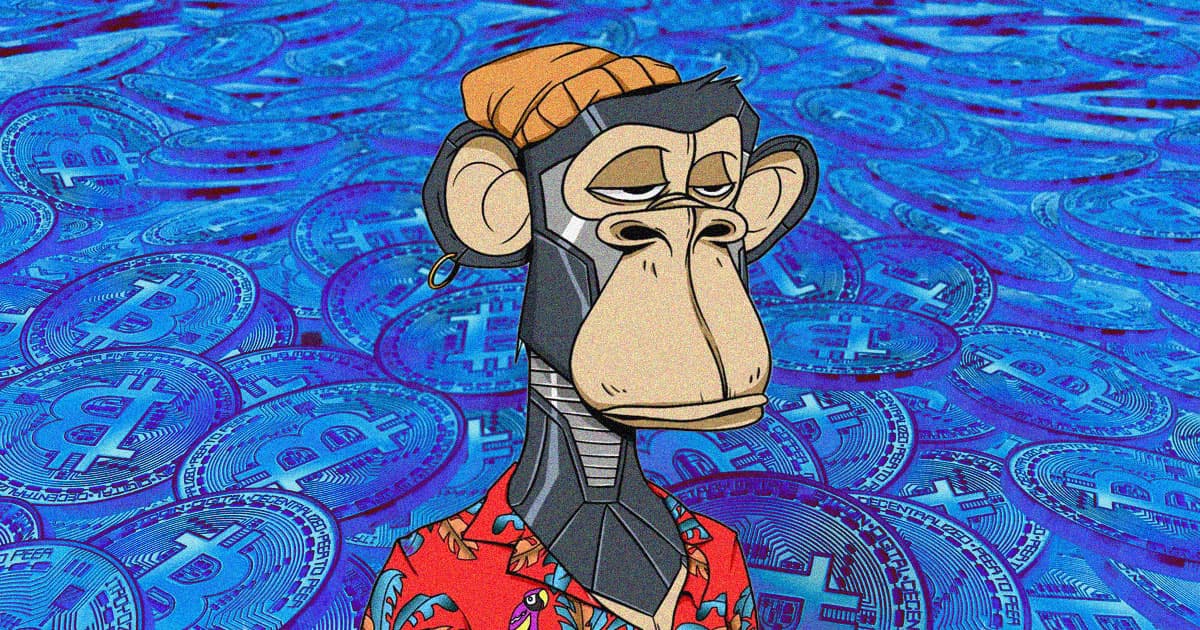 It didn't have to be this way!

It didn't have to be this way!

NFTs may not be as weird as you think.

According to journalist and Boing Boing co-owner Cory Doctorow, the grift behind non-fungible tokens (or NFTs for short) is unsurprising given the capitalist hellscape we call home.

"In this age of stock markets that boom in response to mass unemployment, supply-chain collapse, monopoly and runaway climate emergencies, NFTs aren't really *that* weird," Doctorow tweeted in a worthwhile thread deriding the digital art form.

Doctorow honed in on the "right-clicker mentality" concept, a term NFT nerds use to criticize people who disrespect the value of their property by saving digital art without paying for it.

"The term comes to us from the world of NFTs," he added, "which have blown up into a massive, fraud-ridden speculative bubble that is blazing through whole rain-forests' worth of carbon while [transferring] billions from suckers to con-artists."

So much of our contemporary economy is captured by that delicious term!https://t.co/UMvhk92vRd

Recently, I happened on another coinage that is marvellously apt for our current moment: #RightClickerMentality.https://t.co/i5XhFiwdkN 4/

Same As It Ever Was

It wasn't always meant to be this way, Doctorow mused.

"The creators of NFTs envisioned them as a kind of bragging right that described the relationship between a creator and a member of their audience," Doctorow said. "When you paid for an NFT, you recorded the fact that you had made a donation to the artist that was inspired by a specific work. That fact was indelibly recorded in a public ledger —  the blockchain — so everyone could see it."

But it didn't take long, the Canadian Boing Boing-er noted, for the blockchain bros to swoop in.

"Instantly, the idea of supporting artists with NFTs was converted into a financial bubble," Doctorow tweeted. "The point of an NFT wasn't to support an artist — it was to acquire a tradeable asset that would go up in value because the buyer thought they could unload it for even more."

He added that it's "not surprising" that speculators have placed more value in the NFTs themselves rather than the artists behind them or the artwork they created.

And really, who can blame him for criticizing such an overt racket?