It's a classic crypto rug-pull. 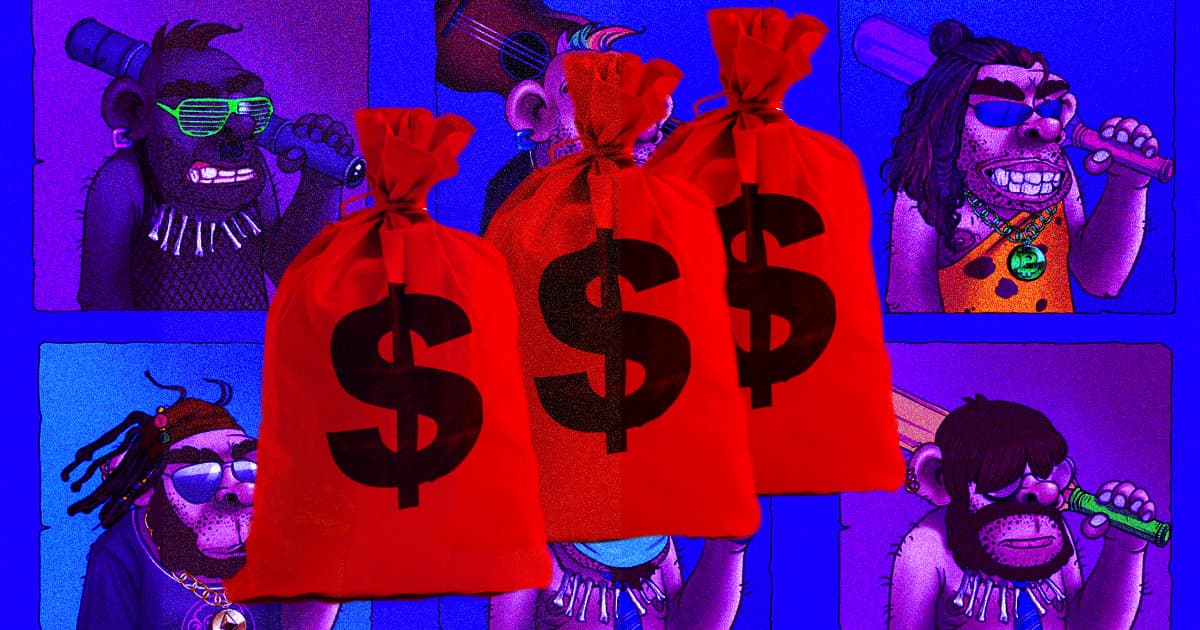 In case you haven't heard, non-fungible tokens (NFTs) are still very much a thing — and more people hoping to cash in are instead getting scammed left and right.

The developer of "Evolved Apes," which ironically describes itself as "a collection of 10,000 unique NFTs trapped inside a lawless land," just called it quits and absconded with 798 ether, the equivalent of about $2.7 million, out of the project's funds.

In retrospect, maybe buyers should have had more caution.

"Fighting for survival, only the strongest ape will prevail," reads the project's description.

The developer, who goes by the moniker "Evil Ape" — we're not making this up — had originally promised to launch a fighting game where gamers could win Ethereum by playing the game.

But a week after launch, the developer seems to have gotten cold feet — or kicked off the next step of their evil plan — and left without a trace, Vice reports.

Shockingly, Evolved Apes community members never got a pay out from a social-media competition meant to drum up hype for the game. Even the artist was never paid.

In short, the money has disappeared, leaving a lot of egg on a lot of faces — and investors are understandably pissed.

"We will become the Fight Back Apes, fighting as a community against our nemesis Evil Ape," community member Mike_Cryptobull wrote in a report shared with investors and obtained by Vice, referring to an offshoot project meant to pick up the pieces.

That's because Evil Ape would directly benefit from four percent royalties from every sale on Evolved Apes.

It's yet another sad instance of people being scammed by believing the hype surrounding a new NFT project. If it feels too good to be true, keep your cash and stay far away.

More on crypto: People Are Flooding to Cryptocurrency Rehab Clinics

Read This Next
Apes Ahoy
A Major NFT Project Is Falling Apart in a Storm of Lawsuits
Rube Goldbergian
The Dune NFT Project Is Back With an Inscrutable New Scheme
Regulating Crypto
Hillary Clinton Calls Out Crypto Exchanges for Letting Russia Bypass Sanctions
Wrong-Clicker
Knockoff eBay NFTs Are Kind of Based, Actually
Sad!
Melania Trump Accused of Secretly Buying Her Own NFT to Avoid Disgrace
More on Future Society
Bird Crap
Yesterday on the byte
It Looks Like Elon Musk Is Actually Building a Twitter Payment Platform
Balloon News
Friday on futurism
China Says "Spy Balloon" Soaring Over America Is Completely Innocent
Down in Flames
Wednesday on the byte
Elon Musk Apparently Thinks Twitter Is a "Flaming Dumpster Rolling Down the Street"
READ MORE STORIES ABOUT / Future Society
Keep up.
Subscribe to our daily newsletter to keep in touch with the subjects shaping our future.
+Social+Newsletter
TopicsAbout UsContact Us
Copyright ©, Camden Media Inc All Rights Reserved. See our User Agreement, Privacy Policy and Data Use Policy. The material on this site may not be reproduced, distributed, transmitted, cached or otherwise used, except with prior written permission of Futurism. Articles may contain affiliate links which enable us to share in the revenue of any purchases made.
Fonts by Typekit and Monotype.