Oof, this is messy! 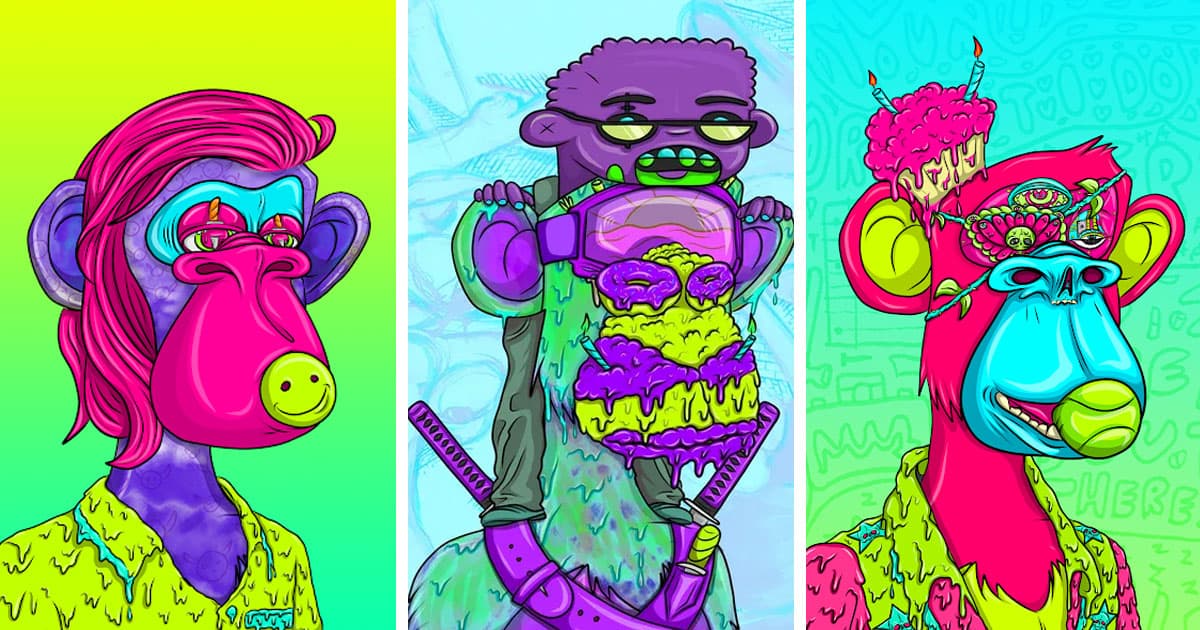 The people behind a spinoff project based on the mega-popular Bored Ape Yacht Club (BAYC) NFT collection are suing each other in federal court over who gets what share of the profits and who gets to claim ownership of their brand new collection, Bloomberg reports.

It's a messy back-and-forth representative of a much larger issue in the blockchain world — telling who is entitled to what in the world of NFTs can often be clear as mud.

And that kind of uncertainty is leading to more and more infighting and lawsuits, especially given the massive amounts of money involved.

Taylor Whitley, Jacob Nygard, and three others launched their BAYC spinoff collection called Caked Apes in January, and, according to their dueling lawsuits, are now in major disagreement about who gets what piece of the considerable pie.

The collection sold out of almost 9,000 Caked Apes NFTs, generating over $2 million in revenue, Bloomberg reports.

In brief, Whitley claims in his suit that the other four Caked Apes members took his original designs and booted him from the project, while Nygard and the three remaining partners allege that Whitley tried to take ownership of their shared venture and also abused copyright law to get the NFTs delisted.

While all this finger-pointing and reference to IP law is nothing new to joint ventures gone sour, this is, as Whitley's attorney John Snow told Bloomberg, "one of the first cases dealing with the Bored Ape license and what’s allowed and not allowed."

I was once again trying to keep this matter private but since it's becoming public I want to inform the community that I actually filed a lawsuit against @CakedApes on Friday 3/18/2021, several days before they filed anything. pic.twitter.com/obYyXLYTxV

Clearly, very little love has been lost between Whitley and the rest of the group. Nygard and the other three partners argue Whitley's claim to the IP plus ten percent of the revenue is bogus because he "contributed no original drawings to the Caked Apes creations," according to a statement obtained by Bloomberg.

"Once Taylor saw the sales of Caked Apes take off," the collective said in their countersuit, "he tried to renege on our agreed-upon deal and claim a bigger piece of the pie with no legal or ethical grounds to back up his claims."

Whitley, however, sees his alleged ousting as a breach of contract.

From day one, Caked Apes has been a collaborative effort with everyone agreeing up front on the fair compensation based on the value that each team member added to the project.  ⬇️

It's a convoluted and bitter fight that likely won't resolve itself any time soon. But it will be interesting to start to see the courts catch up with the strange new world of blockchain ventures — so maybe, in the end, we'll get some new clarity.

More Ape-ing: Bored Ape Launched a Coin And So Far, It's Not Going So Great

Read This Next
Rube Goldbergian
The Dune NFT Project Is Back With an Inscrutable New Scheme
Wrong-Clicker
Knockoff eBay NFTs Are Kind of Based, Actually
Sad!
Melania Trump Accused of Secretly Buying Her Own NFT to Avoid Disgrace
Magic: The Reckoning
Maker of "Magic" Cards Sends Cease and Desist to Project Minting Unauthorized NFTs
Breaking The Law
Prominent NFT Marketplace Shuts Down Almost All Sales for Fraud
More on Future Society
Rough
Monday on futurism
Elon Musk's Twitter Is Reportedly Failing Miserably to Contain Horrific Child Abuse Content
YouTube Propaganda
Monday on the byte
Experts Say There's Something Very Weird About North Korean YouTubers
Bird Crap
Feb 4 on the byte
It Looks Like Elon Musk Is Actually Building a Twitter Payment Platform
READ MORE STORIES ABOUT / Future Society
Keep up.
Subscribe to our daily newsletter to keep in touch with the subjects shaping our future.
+Social+Newsletter
TopicsAbout UsContact Us
Copyright ©, Camden Media Inc All Rights Reserved. See our User Agreement, Privacy Policy and Data Use Policy. The material on this site may not be reproduced, distributed, transmitted, cached or otherwise used, except with prior written permission of Futurism. Articles may contain affiliate links which enable us to share in the revenue of any purchases made.
Fonts by Typekit and Monotype.