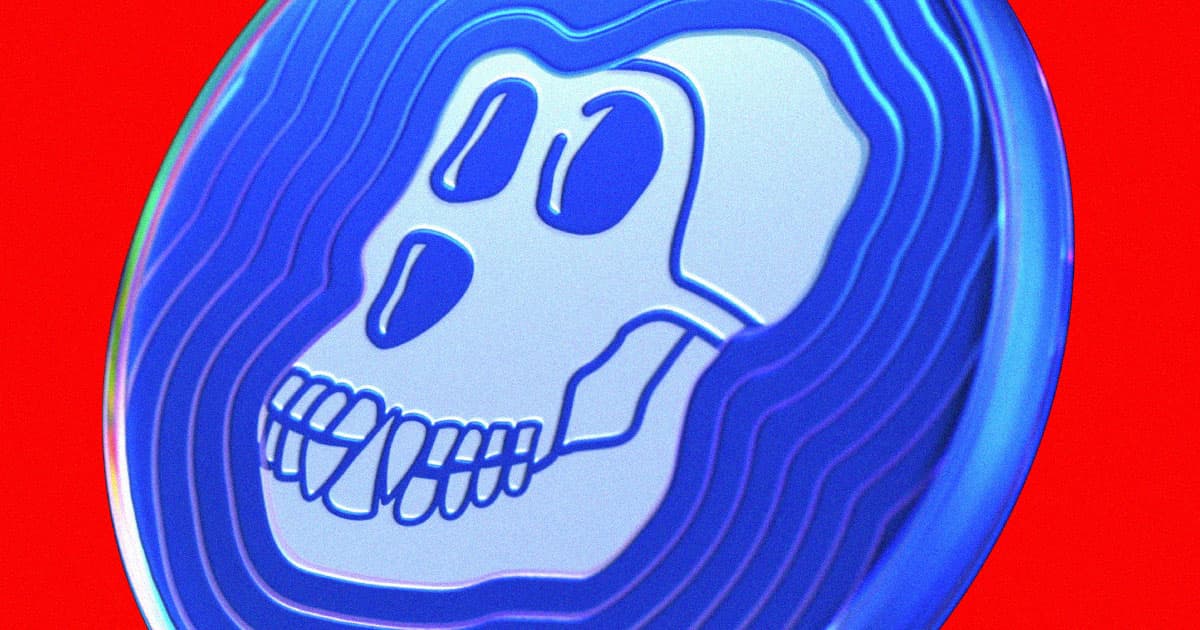 Bored Ape Launched a Coin and So Far, It's Not Going So Great

"So far it has absolutely cratered in price."

"So far it has absolutely cratered in price."

The day is finally here: Bored Ape Yacht Club (BAYC) has released its much anticipated ApeCoin and the results are… not looking too good, actually.

Yuga Labs, the crypto startup behind BAYC, launched the coin on Thursday morning to a lot of hype and fanfare. However, prices dropped precipitously in the hours following. At the time of reporting, prices for ApeCoin were trading more than 67 percent down from yesterday's launch.

Predictably, this has led to schadenfreude online.

"Bored Ape Yacht Club just launched a token," Joey D'Urso, an investigations reporter for The Athletic, wrote on Twitter. "It was available to NFT holders (very rich people) first, then traded publicly, and sold to those with FOMO. So far it has absolutely cratered in price. Pure ‘rich get richer.’"

D’Urso’s claims aren’t entirely unfounded. When BAYC announced the coin, it said that it would give access to 15 percent of minted coins to Bored Ape NFT holders — which typically consists of wealthy individuals who can afford the glorified jpegs — before making it available to the wider public.

Since launching, though, it’s indeed tanked in price. It’s important to note, though, that it is still very early in the launch and some hiccups are to be expected. However, if current trends are any indication, it doesn’t look like ApeCoin will be going to the Moon anytime soon.

Cope Springs Eternal
Financial Planner Desperately Explains to Clients Why the Bitcoin Crash Is Good, Actually
Jun 14
Read More
Ouch
Crypto Exchanges Lay Off Thousands, Months After Uber-Expensive Super Bowl Ads
Jun 14
Read More
Experimental Apes
Lawyers Ponder Whether Stealing an NFT Should Give You Legal Rights to It
Jun 8
Read More
+Social+Newsletter
TopicsAbout UsContact Us
Copyright ©, Camden Media Inc All Rights Reserved. See our User Agreement, Privacy Policy and Data Use Policy. The material on this site may not be reproduced, distributed, transmitted, cached or otherwise used, except with prior written permission of Futurism. Fonts by Typekit and Monotype.