"You appear to be operating under the mistaken assumption that the project would be legal." 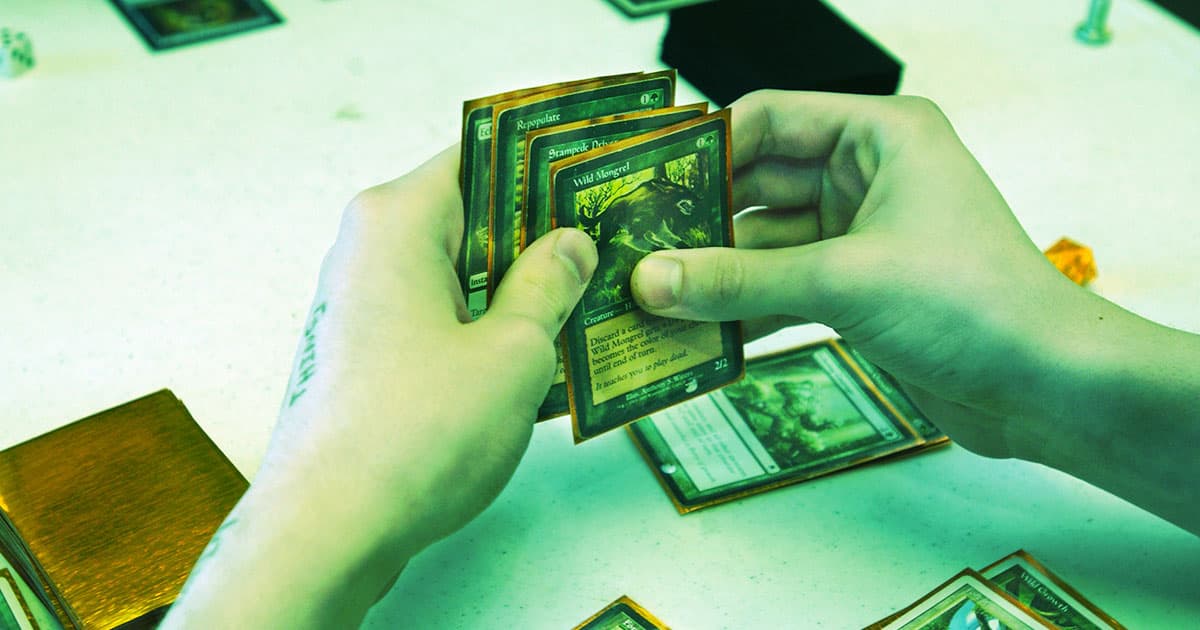 It appears the nerds are fighting over the complex and legally untested intersections between NFTs and intellectual property — and, specifically, an iconically geeky trading card game.

Wizards of the Coast, the maker of popular card game "Magic: The Gathering" (MTG), has sent a sent a cease and desist letter to a group of fans that plans to launch a series of non-fungible tokens (NFTs) based on the company's collectible cards.

The company is accusing the group, which calls itself MtgDAO, of copyright and trademark infringement, according to a screenshot of the letter shared by the group on Twitter.

Lawyers representing Wizards of the Coast suggested that the people involved with the decentralized autonomous organization (DAO) — that's crypto speak for an online collective — would be breaking the law if it ever minted Magic NFTs.

"Your enthusiasm for MAGIC: THE GATHERING is evident and appreciated," the letter reads. "Unfortunately, your intended use of Wizards' intellectual property, including its trademarks and copyrights, would be unlawful."

But as MtgDAO makes clear in its white paper, it doesn't see its work as infringement, for torturously complex reasons that cut to the heart of the strange and legally hazy relationship between NFTs and intellectual property.

The basic idea is that people who own specific MTG cards would be able to mint them into NFTs that would be eligible for tournament play. Since players already bought the physical cards and the NFTs preserve their scarcity, MtgDAO seems to be saying, Wizards of the Coast shouldn't have an issue with the project.

But Wizards doesn't see it that way.

"You appear to be operating under the mistaken assumption that the project would be legal because you would allow the reproduction of MAGIC cards in the form of NFTs only by a player who had purchased a physical card [or a card from Magic's authorized online retailers]," the letter reads. "This is not correct."

It's also worth noting that MtgDAO seems to have significant beef with the way Wizards has run the franchise, writing that "many Magic fans discuss (complain) endlessly about the choices that Wizards of the Coast makes" and that "it’s hard to justify investing significant money into individual cards when the value of a card could change at any time."

MtgDAO did, however, concede that the company "has built a great game."

And complicating the saga even further, Wizards has its own has its own plans to create MTG NFTs. It first announced those ambitions last year, news that came to the dismay of many MTG fans.

MtgDAO, however, seems confident that its plan is fully above board.

"I think crypto and the world of DAO’s can take this game to the next fucking level," the white paper reads. "We can build a protocol, legally, layered over the top of the existing game, that can spawn a cambrian explosion of creativity in the [game]."

Who will end up minting the first Magic NFTs? Only time — and possibly the courts — will tell.

Read This Next
Gamer Word
Scientists Find That Gamers Are Indeed More Racist and Sexist Than Normies
Apes Ahoy
A Major NFT Project Is Falling Apart in a Storm of Lawsuits
Rube Goldbergian
The Dune NFT Project Is Back With an Inscrutable New Scheme
Wrong-Clicker
Knockoff eBay NFTs Are Kind of Based, Actually
Sad!
Melania Trump Accused of Secretly Buying Her Own NFT to Avoid Disgrace
More on Future Society
Bird Crap
6:30 PM on the byte
It Looks Like Elon Musk Is Actually Building a Twitter Payment Platform
Balloon News
Yesterday on futurism
China Says "Spy Balloon" Soaring Over America Is Completely Innocent
Down in Flames
Wednesday on the byte
Elon Musk Apparently Thinks Twitter Is a "Flaming Dumpster Rolling Down the Street"
READ MORE STORIES ABOUT / Future Society
Keep up.
Subscribe to our daily newsletter to keep in touch with the subjects shaping our future.
+Social+Newsletter
TopicsAbout UsContact Us
Copyright ©, Camden Media Inc All Rights Reserved. See our User Agreement, Privacy Policy and Data Use Policy. The material on this site may not be reproduced, distributed, transmitted, cached or otherwise used, except with prior written permission of Futurism. Articles may contain affiliate links which enable us to share in the revenue of any purchases made.
Fonts by Typekit and Monotype.