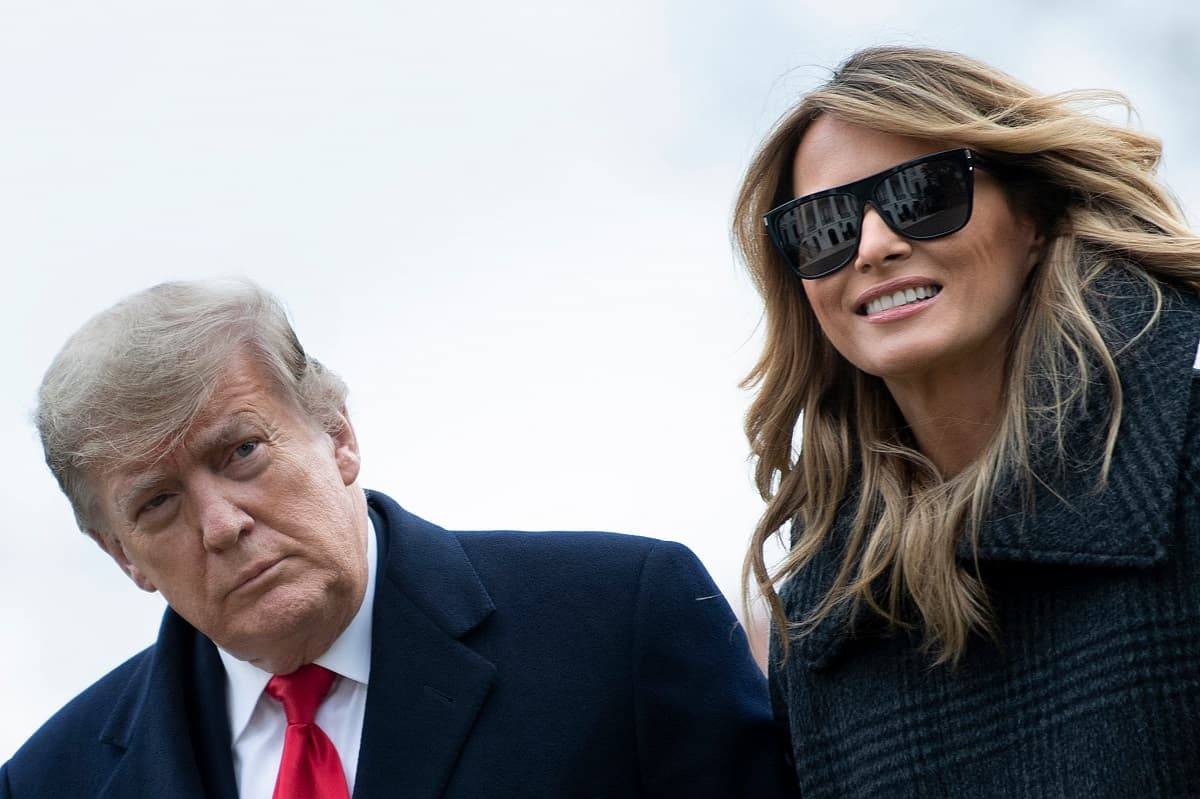 It was cringeworthy enough when Melania Trump's NFT sales bombed — but now it looks like she may have had to buy it herself to save face, in a perfect encapsulation of the ouroboros of fame and grift that's come to characterize large swathes of the blockchain industry.

Transactions reviewed by Bloomberg suggest that the cryptocurrency wallet that listed the unlikely first lady's NFTs are linked to the transactions that ended up paying for the winning auction. Following the digital money, Bloomberg found that the account that won the auction, which was on the Solana blockchain, was sent from a wallet that, in turn, had been sent money from the very account that listed Trump's NFTs for sale.

This kind of wallet-hopping isn't uncommon in the crypto space, especially when exchanging one currency for another. As the site noted, the mysterious buyer moved from USD Coin, a more stable cryptocurrency pegged to the US dollar, to SOL, the currency used on the Solana blockchain.

In a statement posted to Twitter, Trump's office said that because "the nature of Blockchain protocol is entirely transparent" and "the public can view each transaction," the purchase was "facilitated on behalf of a third-party buyer." Translated into plain English, this means that her office took money from a buyer who wished to remain anonymous, the way auction houses are wont to do.

I would pay $50 to hear Melania and Donald explain, in detail, how NFTs work https://t.co/rYJzmwShvq

Is that a compelling excuse? It's tough to say. At the very least, Bloomberg's explanation that she or someone working on her behalf bought her own NFT seems plausible.

As Bloomberg points out, crypto folks often artificially raise the price of NFTs by repeatedly buying and selling their own assets in a process known as "wash trading," which apparently netted at least $8.9 million in 2021.

Because NFTs and the blockchains they're sold on remain weakly regulated, that kind of sock puppetry is currently legal, or at least tolerated, even though in traditional securities and futures it's not.

The site noted that it's unaware of whether this movement of wallets traced to Trump inflated the price of the NFT, though if it did, it would make the whole situation even more pitiful considering, that it sold for the equivalent of $170,000, which was significantly less than the asking price of $250,000 worth of SOL.

Earlier in February, Reuters reported that wash trading inflation appeared to account for many of the most expensive NFT sales, which in January were recorded in the billions.

"There is a lot of activity happening between a couple of wallets — let’s say wallet one selling to wallet two, and then wallet two reselling it," Modesta Masoit of DappRadar, a blockchain research and tracking firm, told Reuters at the time. "It’s quite likely that this is not real demand, that these trades are not organic."

We may never know if this was the case with the former first lady. As her husband would say, though, "sad!"

More on wash trading: Evidence is Piling Up That a Huge Number of NFT Sales Are Fake

Read This Next
La La La
SBF's Dad Kept Sticking His Fingers in Ears During Court Hearing
Sword Art Online
Guy Who Invented the Word "Metaverse" Building His Own Metaverse
Apes Ahoy
A Major NFT Project Is Falling Apart in a Storm of Lawsuits
Rube Goldbergian
The Dune NFT Project Is Back With an Inscrutable New Scheme
Wrong-Clicker
Knockoff eBay NFTs Are Kind of Based, Actually
More on Future Society
Down in Flames
5:20 PM on the byte
Elon Musk Apparently Thinks Twitter Is a "Flaming Dumpster Rolling Down the Street"
All Tomorrow's Pa...
4:05 PM on the byte
Party Startup Says It Has Zero Plans to Make Any Money With Investors' Funds
Primate Theft
Yesterday on the byte
It Was a Very Bad Weekend for Monkeys Being Stolen From Zoos, Apparently
READ MORE STORIES ABOUT / Future Society
Keep up.
Subscribe to our daily newsletter to keep in touch with the subjects shaping our future.
+Social+Newsletter
TopicsAbout UsContact Us
Copyright ©, Camden Media Inc All Rights Reserved. See our User Agreement, Privacy Policy and Data Use Policy. The material on this site may not be reproduced, distributed, transmitted, cached or otherwise used, except with prior written permission of Futurism. Articles may contain affiliate links which enable us to share in the revenue of any purchases made.
Fonts by Typekit and Monotype.