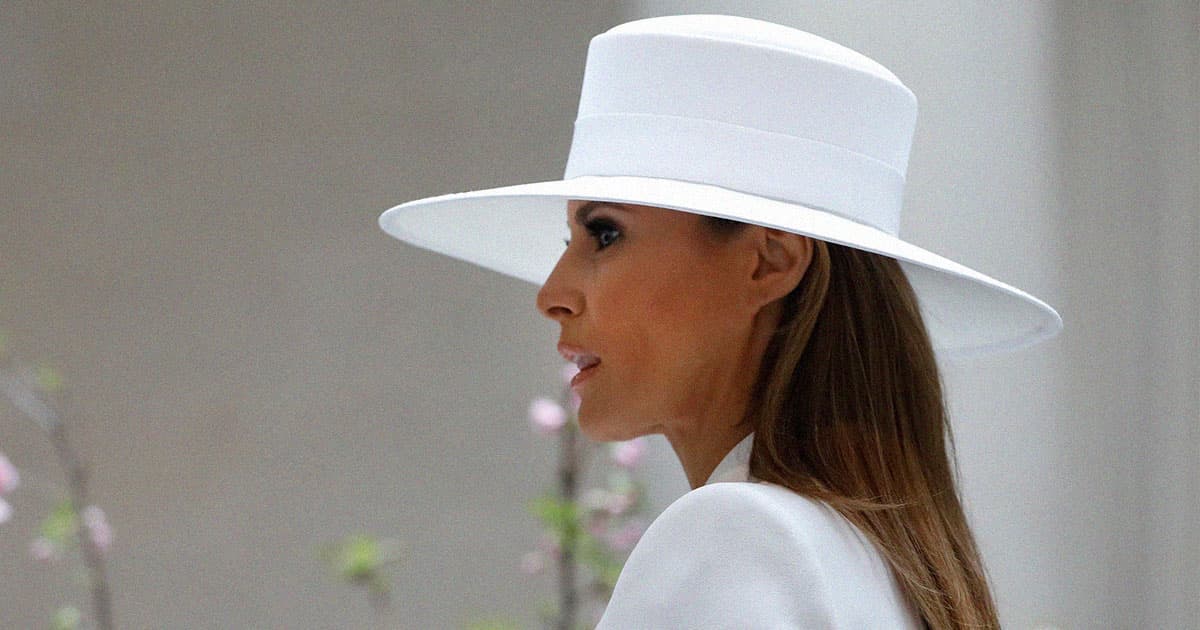 I don’t really care. Do you?

I don’t really care. Do you?

Former first lady and newly-minted crypto bro Melania Trump seems to be having a bit of trouble getting her NFT business off the ground.

A month after she announced that she was creating an NFT platform, she launched a two week NFT auction dubbed "The Head of State" collection. On it, you could bid on a hat she wore during a state visit of French President Emmanuel Macron, a physical painting of her wearing the hat, and an animated NFT of the painting.

While bidding started at $250,000, the auction ended on Wednesday night with the items being sold for roughly $170,000 — or $80,000 less than what she was asking for, CNN reports. It also only attracted five bids in total which is... well, in classic Trump lingo, "sad."

The reason behind the perplexing auction failure seems to stem from Solana tokens, the crypto Trump used to accept bids.

While bidding initially hit the $250,000 threshold, the price dropped over the two weeks of auction as Solana — along with the rest of the crypto market — took a massive hit. When the dust settled, the lot sold for well below its bidding price.

Alas, that’s the risk of banking on an incredibly volatile asset class that has more ups and downs than a rollercoaster. If she’s looking for a new crypto to use next time, might we suggest Grimacecoin?

More on Trump cryptos: Trump Family Aghast That Grifters Made a "Trumpcoin" Cryptocurrency