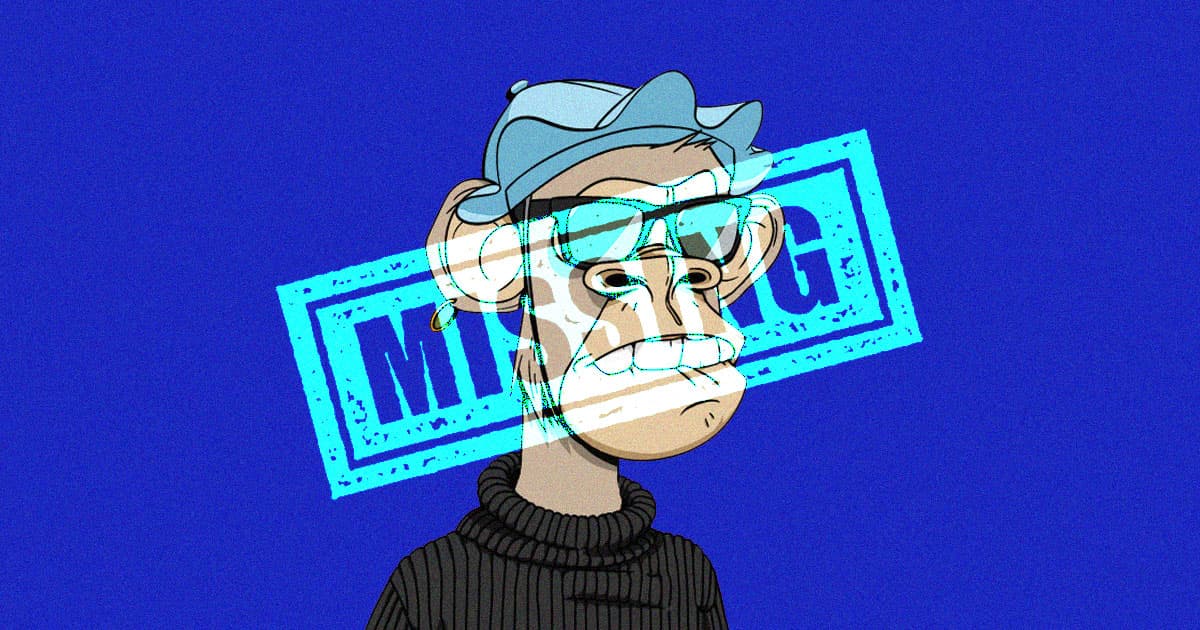 According to the lawsuit, OpenSea already knew about the bug that allowed hackers to steal the NFT.

According to the lawsuit, OpenSea already knew about the bug that allowed hackers to steal the NFT.

OpenSea, the largest digital marketplace for NFTs, is facing a $1 million lawsuit from a collector who says he lost his Bored Ape NFT to hackers because of a known security flaw the marketplace failed to patch, Decrypt reports.

The plaintiff, Texas resident Timothy McKimmy, is seeking a cool million in damages after his prized possession was sold for a measly 0.01 ETH, roughly $26 — which is well below market price, with Bored Apes frequently selling for hundreds of thousands.

McKimmy claims he never actually put the Bored Ape on sale in the first place, according to a complaint filed with a federal court.

According to the document, his "stolen" NFT was later resold for 99 ETH by hackers, or roughly a quarter of a million dollars.

It's part of a much greater problem, with NFTs being stolen or resold left and right. Scams and phishing attacks are now happening almost constantly. All told, it doesn't inspire much confidence in the nascent NFT marketplace.

It's not even the first time somebody took advantage of the same OpenSea exploit. In fact, just last month, the platform had to reimburse around $1.8 million ETH to a user whose NFTs were similarly sold well below market price due to a known "inactive listings" exploit.

In fact, the hackers could've gotten a lot more out of the NFT they stole from McKimmy. Considering its rarity, his NFT is perhaps worth more than the Bored Ape Justin Bieber paid $1.3 million for earlier this year, according to Decrypt.

"Instead of shutting down its platform to address and rectify these security issues, Defendant continued to operate," the complaint reads. "Defendant risked the security of its users’ NFTs and digital vaults to continue collecting 2.5 percent of every transaction uninterrupted."

McKimmy also reportedly reached out to OpenSea to rectify the issue, but they merely told him it was investigating the incident.

More on NFTs: Melania Trump Accused of Secretly Buying Her Own NFT to Avoid Disgrace