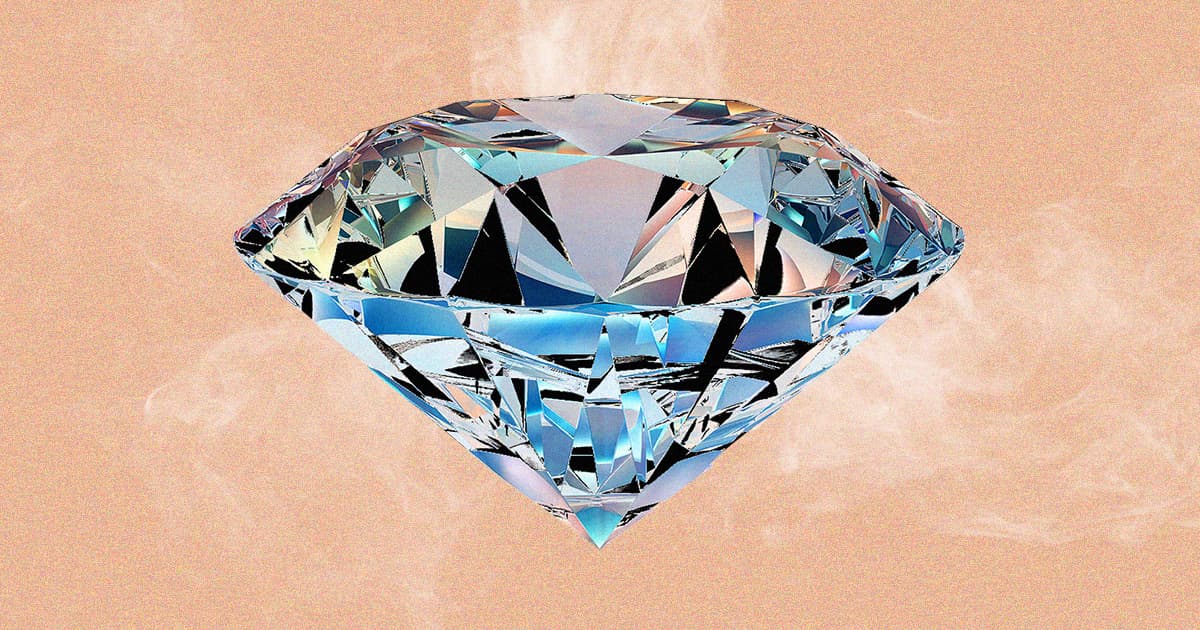 This Guy Is Creating Actual Diamonds From Reclaimed CO2

Coming soon: carbon-negative diamonds made from nothing but atmospheric CO2 and rainwater.

A British clean energy company called Ecotricity, founded by environmentalist Dale Vince, told The Guardian that it plans to clean up the diamond industry, which has devastating effects on the environment — and has a whole lot of blood on its hands. The plan, Vince says, is to suck greenhouse gas out of the atmosphere and use it to create a more ethical version of the gemstone.

To get just one carat — 0.2 grams — of a traditional diamond, according to The Guardian, miners could excavate up to 2.2 million pounds of rock, use 1,028 gallons of water, and emit 238 pounds of carbon dioxide into the atmosphere, The Guardian reports.

Ecotricity hopes to reverse that environmental destruction by taking carbon out of the atmosphere, producing methane — a crucial ingredient in synthesizing diamonds — by taking hydrogen molecules out of rainwater, and powering the whole operation with wind and solar energy.

The resulting diamond is identical to one pulled out of the ground — and Vince says Ecotricity is already capable of making about 200 carats every month.

“Making diamonds from nothing more than the sky, from the air we breathe — is a magical, evocative idea — it’s modern alchemy,” Vince told The Guardian. “We don’t need to mine the earth to have diamonds, we can mine the sky.”

READ MORE: Ecotricity founder to grow diamonds ‘made entirely from the sky’ [The Guardian]

More on diamonds: Diamond Batteries Made of Nuclear Waste Can Generate Power For Thousands of Years