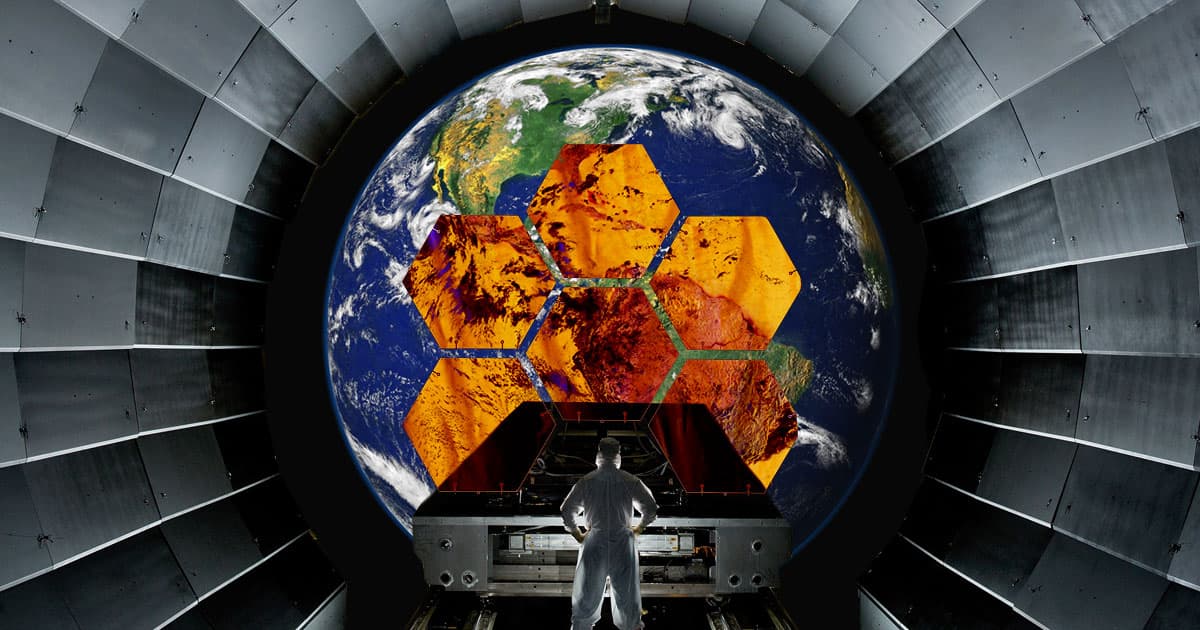 Astronomer: We Can Use Earth's Atmosphere as a Massive Telescope

His "terrascope" could transform astronomy.

His "terrascope" could transform astronomy.

We don't currently have the ability to build the sort of planet-sized telescope that that would let peer into the far reaches of our universe.

But we do have a planet, and using a trick of physics, David Kipping, an assistant professor of astronomy at Columbia University, thinks we could transform its atmosphere into a planet-sized telescope he dubs the "terrascope."

Kipping details his terrascope in a new paper published on the pre-print server arXiv, but for those looking for an easier-to-digest explanation, he's also whipped up a 30-minute YouTube presentation.

There's a lot to it, but the basic idea behind the terrascope is that Earth's atmosphere naturally refracts incoming starlight, just like the lens of a telescope, and with some effort, we could take advantage of this refraction.

In both his paper and the video, Kipping notes the many potential obstacles that could prevent the terrascope from working as hoped. However, they haven't discouraged him from exploring its potential, and he's hopeful others will take an interest in it as well.

"I'm not gonna sit here and tell you that this is some kind of silver bullet to astronomy or something," he said, "but hopefully I have convinced you that this is an exciting enough concept that it deserves our research attention."

READ MORE: The “Terrascope”: On the Possibility of Using the Earth as an Atmospheric Lens [arXiv]

More on telescopes: We’ll Soon Have a Telescope That Will Show Us the Edge of the Universe

Hubble Tension
Most Precise Measurements of the Universe Suggest That Something Is Very Wrong
10. 20. 22
Read More
Big Moon Vat Energy
Astronomers Propose Giant "Liquid Mirror" Telescope on the Moon
11. 17. 20
Read More
Bright Streaks
Scientists: SpaceX Satellites Threaten "Astronomy Itself”
11. 12. 19
Read More
+Social+Newsletter
TopicsAbout UsContact Us
Copyright ©, Camden Media Inc All Rights Reserved. See our User Agreement, Privacy Policy and Data Use Policy. The material on this site may not be reproduced, distributed, transmitted, cached or otherwise used, except with prior written permission of Futurism. Articles may contain affiliate links which enable us to share in the revenue of any purchases made.
Fonts by Typekit and Monotype.