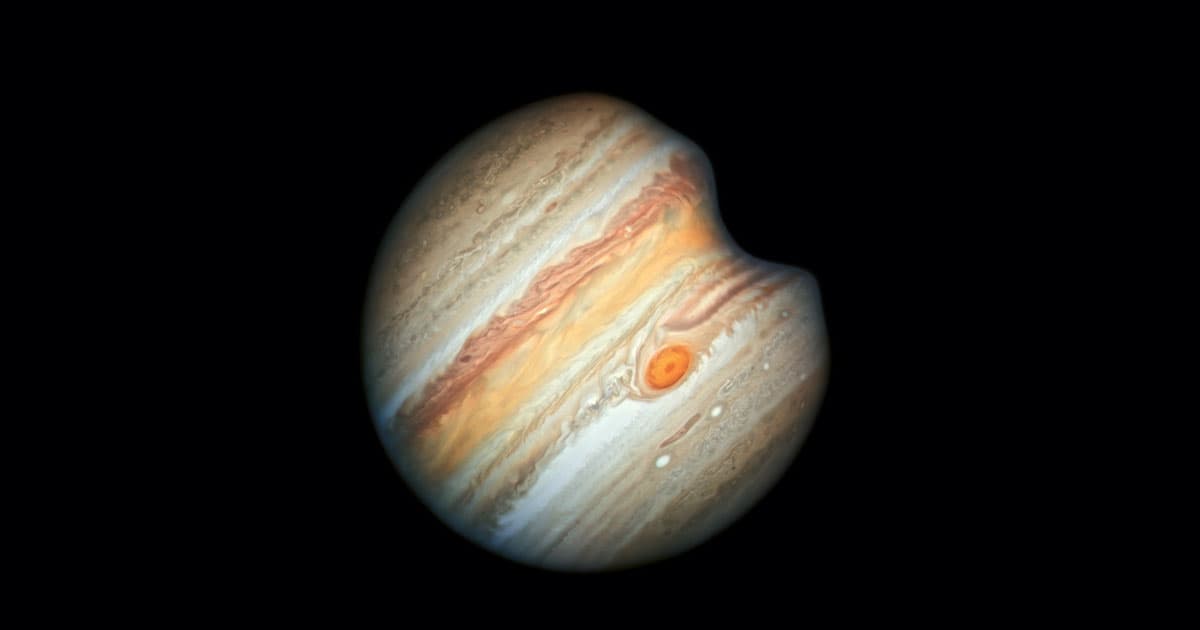 Something Enormous Just Smashed Into Jupiter

On Wednesday night, Jupiter got hit by something so big that a photographer was able to capture the impact using a telescope in his backyard.

Based on the stunning images, astronomers believe it could've been a meteor impact — an event so fleeting, it's rarely caught on camera.

Imaged Jupiter tonight. Looks awfully like an impact flash in the SEB. Happened on 2019-08-07 at 4:07 UTC. pic.twitter.com/KSis9RZrgP

In the images astrophotographer Ethan Chappel shared, a tiny white spot appears and then winks out on the lower left side of Jupiter.

That briefness is what astronomers would expect from a meteor impact, and it's also what makes the events so difficult to detect — in fact, Chappel didn't even notice it at the time.

"I did not see the flash while recording," he told ScienceAlert. "I only noticed it afterwards thanks to a great piece of software called DeTeCt by Marc Delcroix, which is designed specifically for finding these flashes."

Once Chappel realized what he'd caught on camera, however, he told ScienceAlert he felt the need to share it with "people who would find the results useful" — and it seems those people are happy he did.

"To get a video like that, I've never seen anything like that before," University of Southern Queensland astronomer Jonti Horner told ScienceAlert. "That's just totally breathtaking."

READ MORE: A Meteor Just Exploded On Jupiter, And A Photographer Actually Caught It On Video [Science Alert]

Hubble Tension
Most Precise Measurements of the Universe Suggest That Something Is Very Wrong
10. 20. 22
Read More
Jupiter Ascending
A Wave of Incredible Heat Ripped Through Jupiter
10. 14. 22
Read More
The James Webb Space Telescope Is Going to Stare Straight Into Jupiter
4. 12. 22
Read More
+Social+Newsletter
TopicsAbout UsContact Us
Copyright ©, Camden Media Inc All Rights Reserved. See our User Agreement, Privacy Policy and Data Use Policy. The material on this site may not be reproduced, distributed, transmitted, cached or otherwise used, except with prior written permission of Futurism. Articles may contain affiliate links which enable us to share in the revenue of any purchases made.
Fonts by Typekit and Monotype.