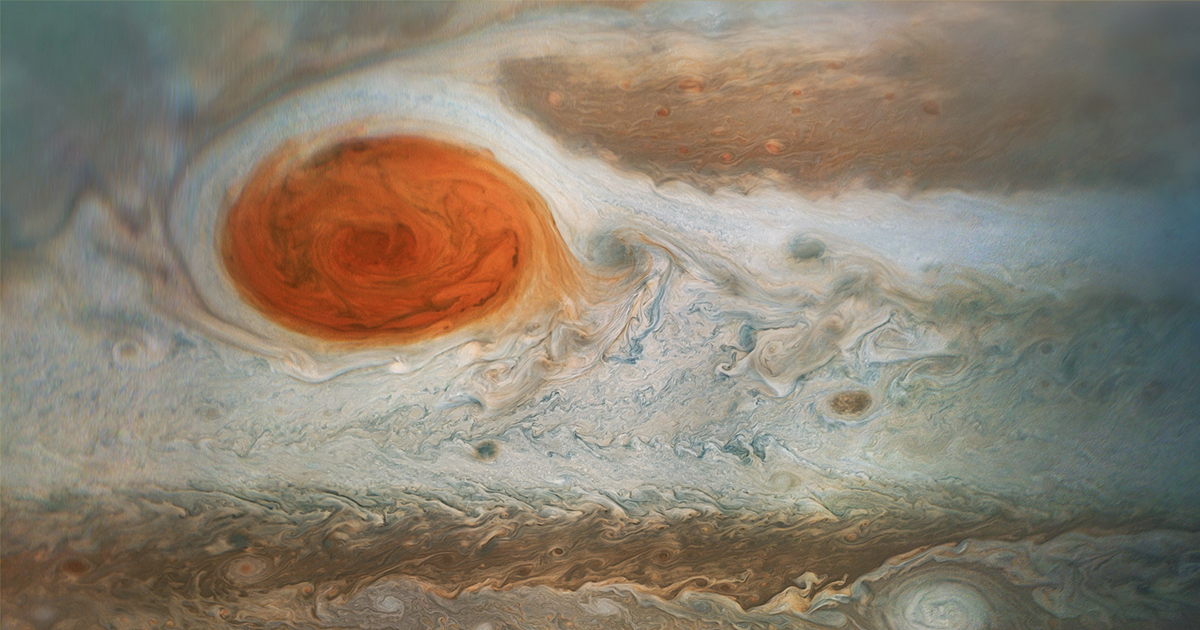 One of the solar system's most iconic landmarks is about to vanish.

Jupiter's Great Red Spot, a gigantic storm more than twice the size of the Earth, has persisted for centuries. But now scientists predict it could disappear forever in as little as 20 years.

New images of Jupiter seem to show the Great Red Spot breaking apart, according to Space.com. Blade-shaped arms are growing out of the storm as it swirls, eventually breaking off and dissipating and causing it to gradually shrink.

NASA scientist Glenn Orton told Space.com that the Great Red Spot has been shrinking at a consistent rate, which has transformed the once-oval storm into a smaller circle.

Many of these observations come courtesy of Juno, NASA's spacecraft currently orbiting Jupiter.

In July, Juno will once more pass over the Great Red Spot, Space.com reports, at which point scientists hope to learn even more about the giant storm's fate.

More on Jupiter: The Moons of Jupiter and Saturn Could Have Earth-Like Tidal Waves