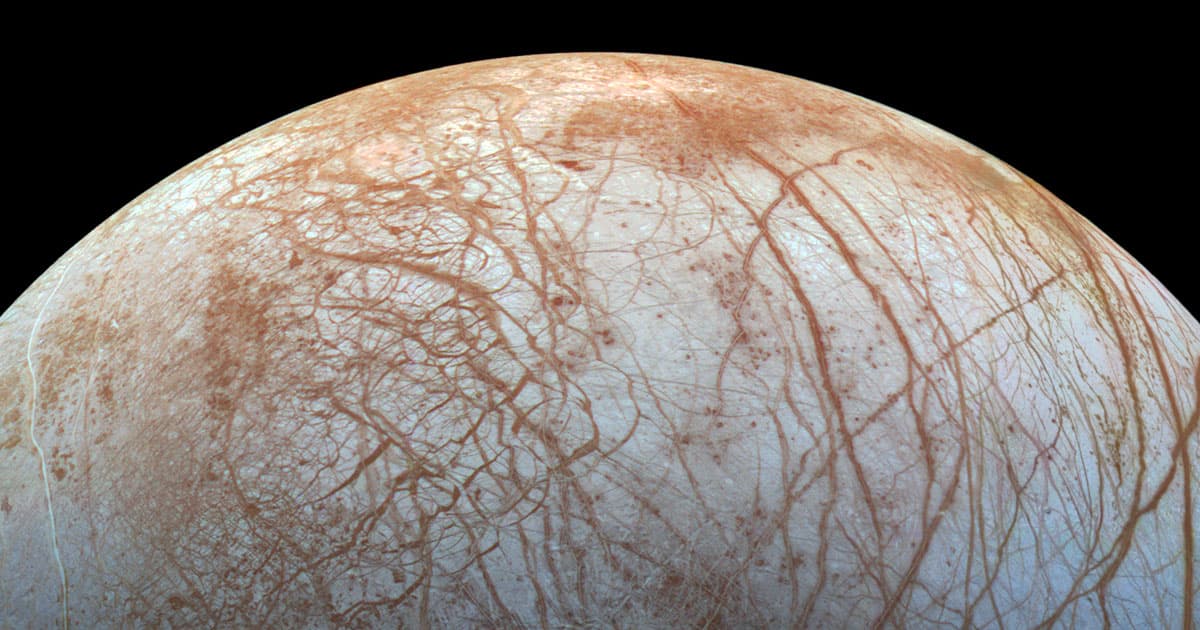 New calculations suggest that Jupiter's moon Europa and Saturn's moon Enceladus could have active tidal waves, much like those here on Earth, under their thick icy shells — and that could be increase the potential of finding extraterrestrial life on either moon.

"I can imagine organisms anchored to the sea floor or the ice benefiting from these waves," NASA Jet Propulsion Laboratory researcher Steven Vance told New Scientist of the new findings. "If these standing waves do occur, maybe these spots where they focus are also focal points for life."

The new research in the journal Icarus comes out of the Royal Netherlands Institute for Sea Research, where scientists calculated how the enormous gravitational pull from Jupiterand Saturn— the most massive planets in the solar system — would affect the liquid water under the icy shells of Europa and Enceladus, two of the planets' moons.

Scientists have long been interested in the dark oceans of these moons as a potential home for life beyond Earth, so the promise of tidal waves under their ice is an exciting finding — it could give a way, Vance told New Scientist, for nutrients and energy to flow between the moons' cores and shells.

More on Jupiter's moons: Are We Alone? NASA’s Search For Life On Europa & How They Hope To Find It

Outing Life
Swiss Government Scientist Says We May Be on the Brink of Discovering Alien Life
9. 13. 22
Read More
Jupiter Jokesters
Nitwits Claim Wrongly to Have Disproved the Existence of Jupiter
1. 30. 22
Read More
Ganymede Closeup
NASA Spacecraft Takes Gorgeous Pictures of Jupiter’s Largest Moon
6. 8. 21
Read More
+Social+Newsletter
TopicsAbout UsContact Us
Copyright ©, Camden Media Inc All Rights Reserved. See our User Agreement, Privacy Policy and Data Use Policy. The material on this site may not be reproduced, distributed, transmitted, cached or otherwise used, except with prior written permission of Futurism. Articles may contain affiliate links which enable us to share in the revenue of any purchases made.
Fonts by Typekit and Monotype.