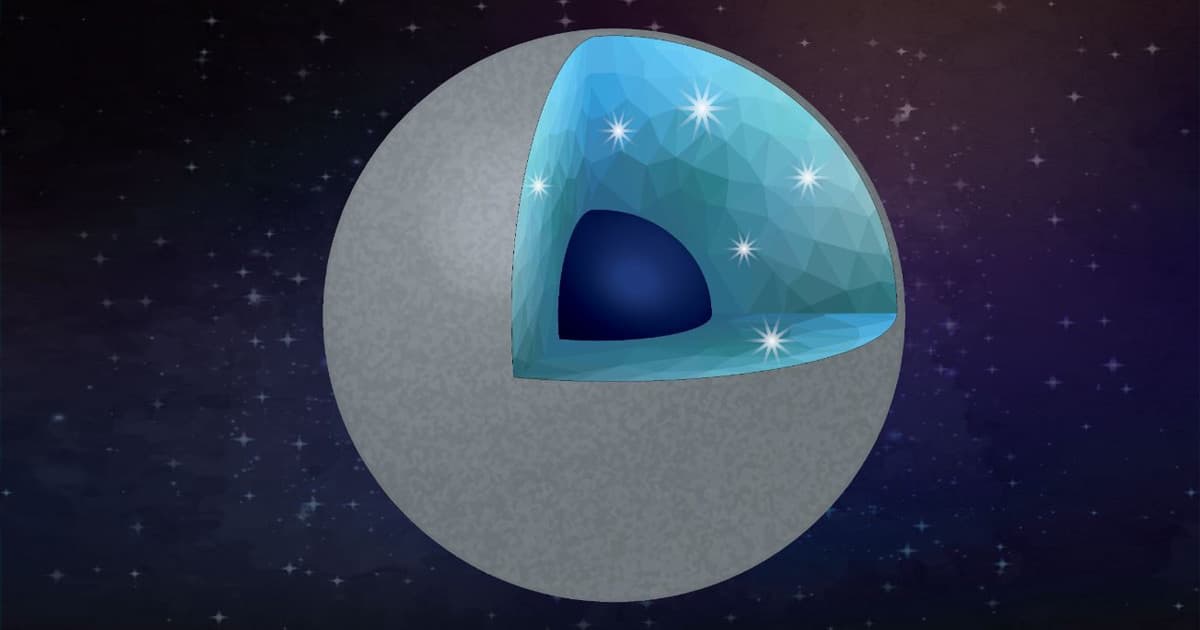 Diamonds Are a Geophysicist's Best Friend

Scientists: There Are Likely Entire Planets Made Out of Diamond and Silica

"These exoplanets are unlike anything in our solar system."

"These exoplanets are unlike anything in our solar system."

Given the right circumstances, some carbon-rich exoplanets could be entirely made out of diamonds and silica, according to a new study published recently in The Planetary Science Journal.

"These exoplanets are unlike anything in our solar system," lead author and geophysicist Harrison Allen-Sutter from Arizona State University said in a statement.

Most stars form from the same cloud of gas, meaning that they end up being made out of mostly the same stuff.

Stars with less carbon — a lower carbon-to-oxygen ratio than the Sun — tend to resemble Earth's composition and will end up being made up of mostly oxides and silicates. Diamonds are rare on Earth — our planet is only about 0.0001 percent diamond.

But other stars that are made out of significantly higher levels of carbon than the Sun would end up converting a significant portion of their mass to diamond and silicate, according to the new research — that is, if there's enough water around, a relatively abundant resource in the universe.

To bolster the hypothesis, the researchers dipped silicon carbide in water and compressed it to extremely high levels of pressure. A laser heated the mass while an X-ray machine took measurements.

The result: the silicon carbide reacted with water and was transformed into silica and diamonds.

In other words, the core of carbon-rich exoplanets could be composed of mostly silica and diamonds, given certain temperatures and levels of pressure.

Living on a Diamond

Such diamond rich planets are extremely unlikely to harbor life. They'd end up being extremely hard and far less likely to be geologically active. That means their atmospheres may end up being far too inert to be habitable.

There is a silver lining however: future exoplanet discoveries could be ruled out as habitable thanks to their unusually high density profiles.

"Regardless of habitability, this is one additional step in helping us understand and characterize our ever-increasing and improving observations of exoplanets," Allen-Sutter argued.

READ MORE: Myriad Exoplanets in Our Galaxy Could Be Made of Diamond And Rock [Science Alert]

Absolute Unit
Scientists Discover Gigantic New World that Defies Previous Planetary Understanding
12. 8. 21
Read More
So Close But So Far
Astronomers May Have Spotted a New Planet Around the Nearest Star
2. 10. 21
Read More
To Understand The Atmospheres Of Distant Exoplanets, Look To Your Car Engine
4. 5. 18
Read More
+Social+Newsletter
TopicsAbout UsContact Us
Copyright ©, Camden Media Inc All Rights Reserved. See our User Agreement, Privacy Policy and Data Use Policy. The material on this site may not be reproduced, distributed, transmitted, cached or otherwise used, except with prior written permission of Futurism. Articles may contain affiliate links which enable us to share in the revenue of any purchases made.
Fonts by Typekit and Monotype.