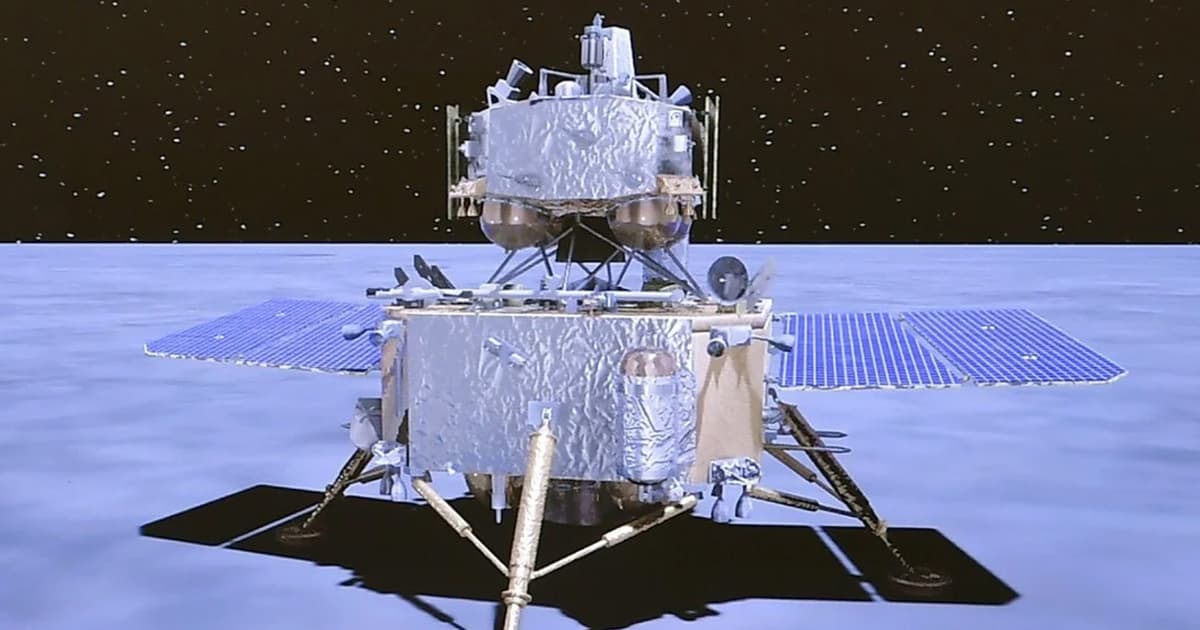 In a bid to avoid cluttering space with even more pieces of orbital debris, the Chinese space agency crashed part of its Chang'e-5 spacecraft into the Moon.

The Chang'e-5 mission is already on its way back to Earth after scooping up samples of lunar rock and soil, but the South China Morning Post reports that some components were instructed to crash back into the Moon — because a lunar resting place is safer for future missions than leaving junk in orbit.

The Chang'e-5 ascent vehicle, which delivered the lunar samples from the Moon to the orbiter waiting to take them home, won't get a return journey of its own. Instead, SpaceNews reports that it was instructed to hurtle back toward the Moon on Monday while the orbiter headed back to Earth.

"This is an important pledge made by China as a responsible major country, towards the peaceful exploration and utilization of space by humans," the China National Space Administration told SCMP.

Experts have been searching for ways to clear garbage out of orbit for years, and earlier this year there were several high-profile near-misses in orbit.

Closer to Earth, satellites and space stations can be retired by bringing them back toward Earth, where they disintegrate in the upper atmosphere or safely splash into the ocean. But all the way out near the Moon, that's less practical. Instead, China has decided that starting a graveyard on the Moon itself is the safer option.

More on Chang'e-5: Chinese Lander Sends Back Color Pictures of the Moon

Moon Sims
Brutal Video Simulates When Earth Hit Another Planet Many Years Ago
10. 6. 22
Read More
Whack-an-Alien
Chinese Scientists Say They May Have Detected Signal From Extraterrestrial Intelligence, But Probably Not
6. 14. 22
Read More
Space Lumps
Scientists Say We May Be Extremely Wrong About the Universe
4. 28. 22
Read More
+Social+Newsletter
TopicsAbout UsContact Us
Copyright ©, Camden Media Inc All Rights Reserved. See our User Agreement, Privacy Policy and Data Use Policy. The material on this site may not be reproduced, distributed, transmitted, cached or otherwise used, except with prior written permission of Futurism. Articles may contain affiliate links which enable us to share in the revenue of any purchases made.
Fonts by Typekit and Monotype.