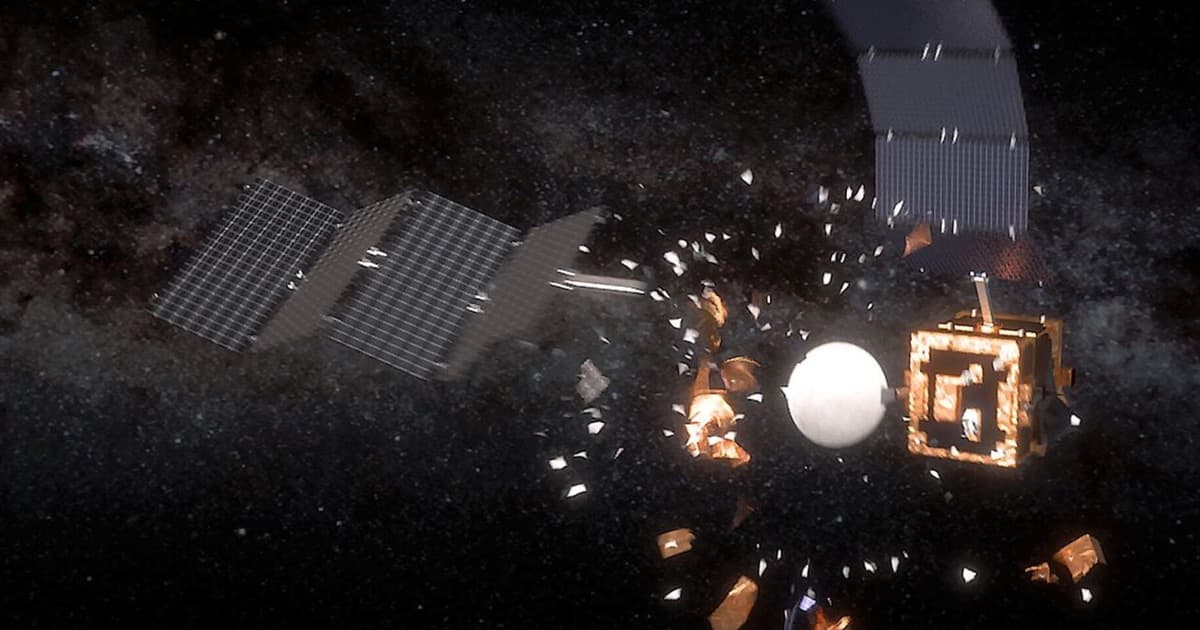 On Thursday night, two huge chunks of space debris weighing a combined 6,170 pounds might collide into each other in a spectacular display of orbital destruction.

As of Wednesday, there was a greater than 10 percent chance of a collision, Space.com reports, which is generally the threshold at which a potential collision is taken seriously as a hazard risk. A crash won't pose any threat to us down here on Earth, but it could turn Earth's orbit into an even more dangerous minefield of shrapnel and garbage.

3/ Shortly after TCA, we will have a direct pass of CZ-4C R/B over our Kiwi Space Radar in New Zealand. We have scheduled a search mode scan during this time to ensure we only see two objects as expected and hopefully confirm that no new debris is detected. pic.twitter.com/hcZsOF3uIT

It's tempting to root for a huge crash, just to see what happens. But Harvard-Smithsonian Center for Astrophysics astronomer Jonathan McDowell warns that we should all be hoping for a near miss between the two objects, which Space.com reports have been identified as the retired Soviet satellite Parus and a Chinese rocket stage.

McDowell tweeted that a collision could send even more orbital debris everywhere, increasing the number of floating hazards in low Earth orbit by 10 to 20 percent.

Not completely. Just a significant (10 to 20 percent) increase in the LEO debris environment

Space junk is becoming a serious problem — last month, the International Space Station had to push itself out of the way of incoming space junk to avoid a collision.

There have been many proposals for how to clear the garbage out of orbit, but Space.com reports that experts are now focused on preventing orbit from getting so cluttered in the first place, suggesting new policies like immediately bringing rocket stages back into the atmosphere for retirement rather than letting them sail off.

More on space collisions: The International Space Station Had to Dodge a Piece of Space Junk Last Night