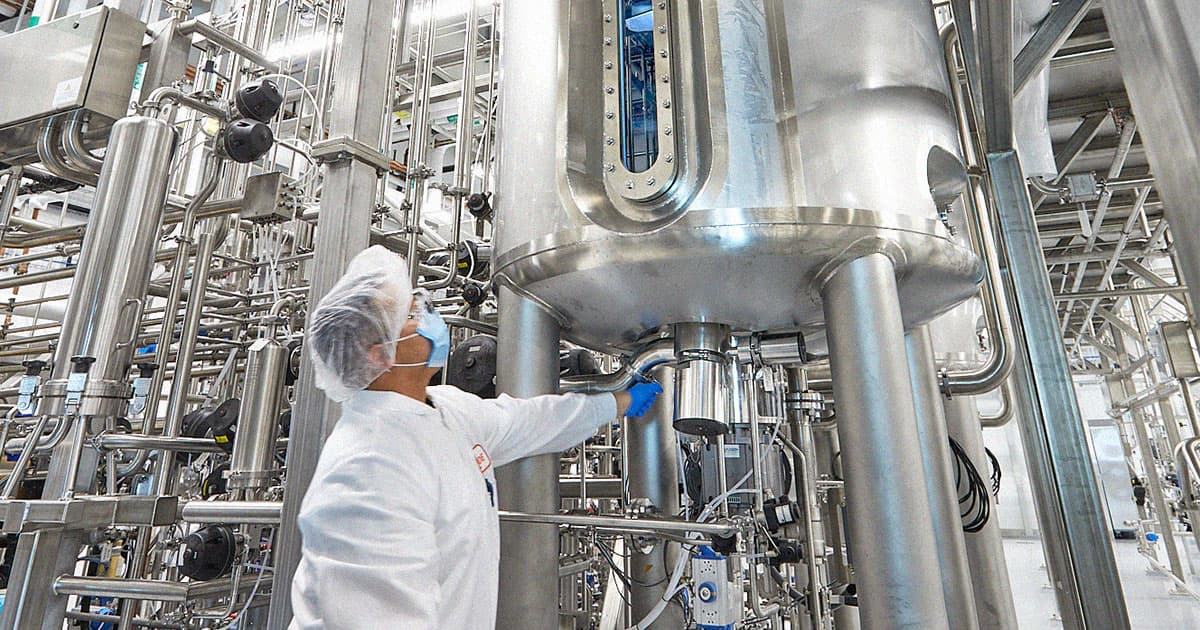 A new facility in the Bay Area is producing lab grown meat on a massive scale, capable of producing an astonishing 400,000 pounds a year, the San Francisco Chronicle reports — though for now, production is capped at a still-impressive 50,000 pounds per year.

The lab grown meat industry is only getting started, with new facilities opening up around the world. The benefits are tangible: ending our reliance on raising livestock could have significant effects on greenhouse gas emissions — while still allowing us to enjoy a juicy burger.

Despite the impressive output, the Food and Drugs Administration and Department of Agriculture have yet to clear lab grown meat for sale in the US — but that isn't deterring Upside Foods CEO Amy Chen.

"It's not a dream," Chen told the Chronicle. "It’s not science fiction. It’s reality today."

The product is produced like many other lab-grown meat products. Cells from live animals are cultivated in massive bioreactors using specialized nutrients, which is built into a scaffold-like "meat" that can be customized into different layers of fat and muscle.

Now, the company is waiting for regulators to give them the green light. In the meantime, Upside Foods is reaching out to restaurants and chefs. Then, if all goes according to plan, it's on to selling the lab grown meat in grocery stores.

The meat could end up costing about as much as higher-end chicken, Chen told the Chronicle.

But will that be enough to convince consumers to make the switch, like they did for plant-based meat alternatives? That remains to be seen.

Lab Patties
Scientists Cook Comically Tiny Lab-Grown Hamburger
Aug 19
Read More
Companies Are Betting on Lab-Grown Meat, but None Know How to Get You to Eat It
3. 16. 18
Read More
Researchers Unveiled The First Chicken Meat Grown Without Chickens
3. 17. 17
Read More
+Social+Newsletter
TopicsAbout UsContact Us
Copyright ©, Camden Media Inc All Rights Reserved. See our User Agreement, Privacy Policy and Data Use Policy. The material on this site may not be reproduced, distributed, transmitted, cached or otherwise used, except with prior written permission of Futurism. Articles may contain affiliate links which enable us to share in the revenue of any purchases made.
Fonts by Typekit and Monotype.