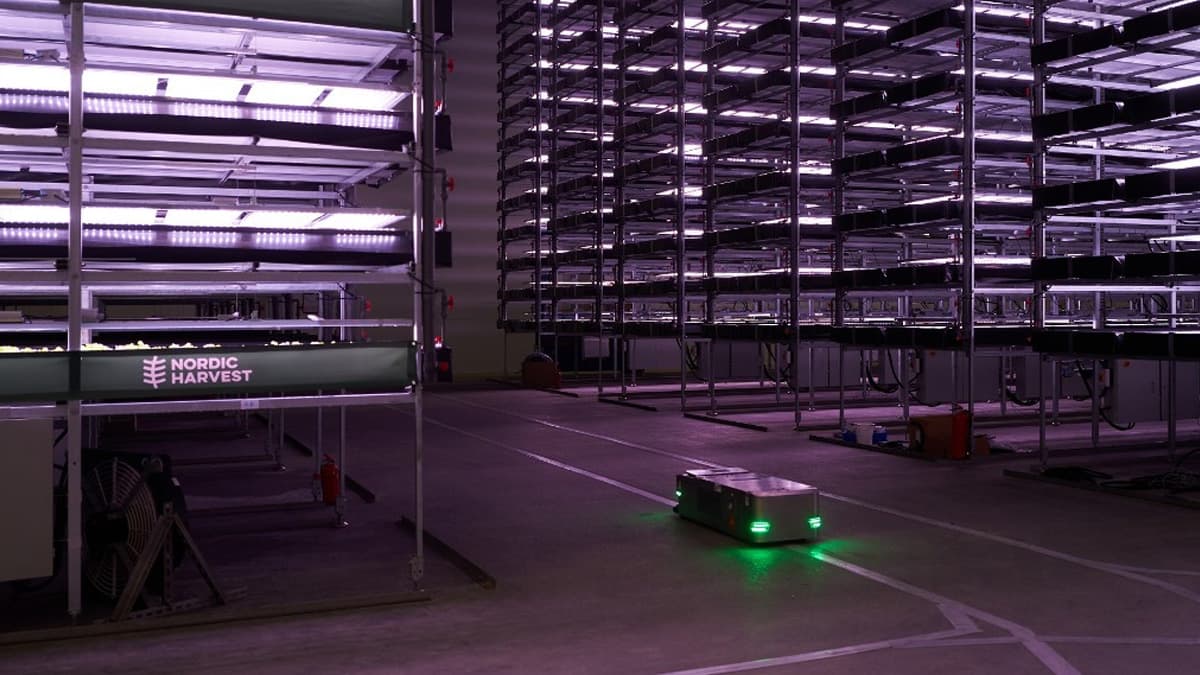 This Massive New Vertical Farm Can Produce 1,000 Tons of Produce a Year

A new vertical farm, opening on the outskirts of Copenhagen, Denmark, is set to start producing nearly 1,000 metric tons of greens a year.

Danish startup Nordic Harvest partnered up with Taiwanese vertical farm tech company YesHealth Group to create the towering facility. The plants are grown on 14 stacked shelves totaling to more than 75,000 square feet, where they rely entirely on hydroponics and LED lights and don't even require pesticides. Energy will come exclusively from wind power, making it entirely carbon neutral.

Once running at full capacity by the end of next year, its creators say, the facility will be able to generate a ton of food. Produce can be harvested up to 15 times a year without needing any soil or daylight.

Automated robots will be used to both plant seeds and check in on them later as well.

Nordic Harvest envisions that other massive facilities like it could have a major impact on the global fresh food supply. In fact, vertical farms covering an area of 20 soccer fields could grow enough greens for the entirety of Denmark, the startup argues, as reported by Fast Company.

The Copenhagen facility likely won't be YesHealth's last vertical farm. The Taiwanese company is hoping to expand into East Asian and Middle-Eastern markets as well in 2021.

More on vertical farming: The Future of Farming May Take Place Indoors

Island Hopping
Denmark Is Building Nine Gigantic Artificial Islands
1. 12. 19
Read More
Denmark Breaks Own Record for Electricity Generated via Wind Power
1. 12. 18
Read More
Denmark Commits to Ending Its Reliance on Coal for Electricity by 2030
11. 16. 17
Read More
+Social+Newsletter
TopicsAbout UsContact Us
Copyright ©, Camden Media Inc All Rights Reserved. See our User Agreement, Privacy Policy and Data Use Policy. The material on this site may not be reproduced, distributed, transmitted, cached or otherwise used, except with prior written permission of Futurism. Articles may contain affiliate links which enable us to share in the revenue of any purchases made.
Fonts by Typekit and Monotype.