The scale of the project is mind-boggling. 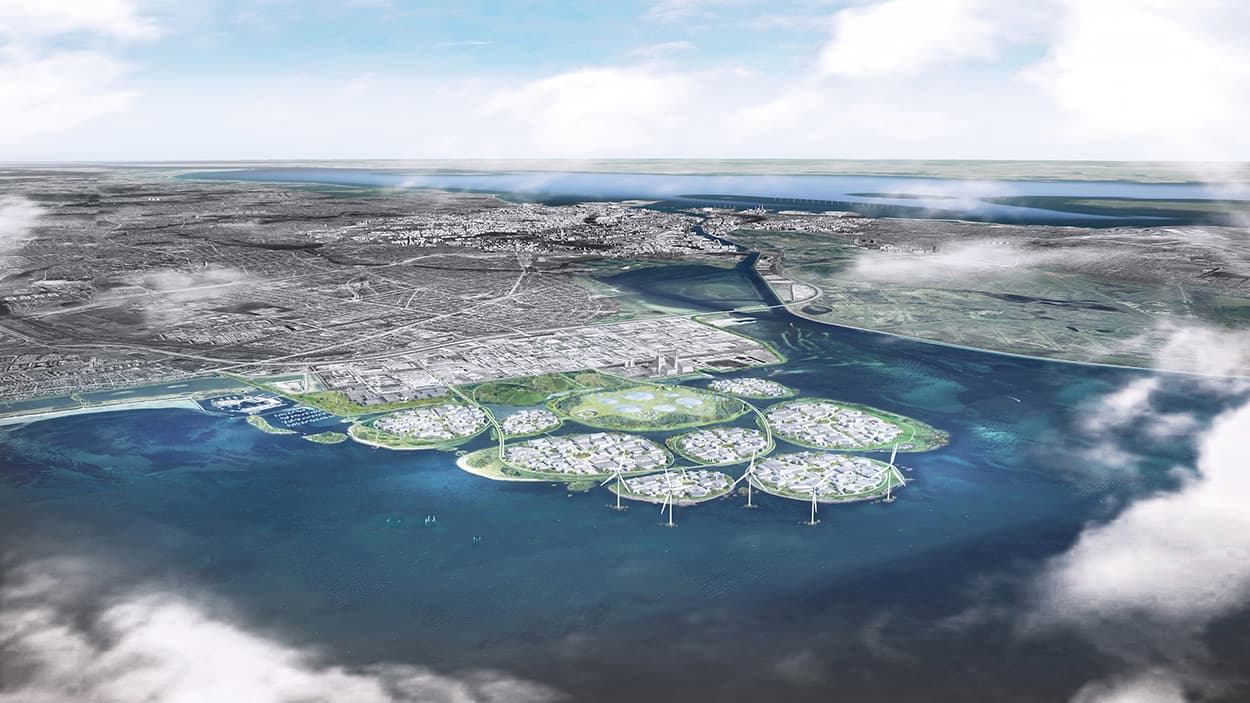 Authorities in Denmark plan to build nine artificial islands off the coast of Copenhagen with a total area of more than 32 million square feet (3 million square meters.) The hope is that the new islands, which will be called "Holmene," will become a futuristic hub for sustainable business and commerce.

"I think this could become a sort of European Silicon Valley," said Brian Mikkelsen, the head of the Danish chamber of commerce, in an interview with The Guardian.

The artificial islands will be built with surplus soil from construction projects in the area — a flabbergasting 900 million cubic feet (26 million cubic meters) of material, according to New Atlas.

The vast undertaking is scheduled to kick off in 2022, with the first island being operational in about six years. On the current schedule, the entire project will be completed around 2040.

The project will be built with reefs and islets to support wildlife, along with wind turbines for power generation.

Architectural consultant Arne Cermak Nielsen, who's working on the project with firm Urban Power, told New Atlas that "the islands can be thematically developed, leaving the best conditions for the innovative industry and research within green tech, bio tech, life science and future yet unknown sectors. The quality of being by the water should not be underestimated, and the shores of the islands and the delta that emerge between them has a unique potential."

Read This Next
Futurism
Denmark Breaks Own Record for Electricity Generated via Wind Power
Futurism
Denmark Commits to Ending Its Reliance on Coal for Electricity by 2030
Futurism
Denmark's Biggest Company Sells Off the Country's Last Oil Company for $7.45 Billion
Futurism
Denmark Just Ran Their Entire Country on 100% Wind Energy
Futurism
World Record: Nearly Half of Denmark’s Total Electricity Now Comes from Wind Energy
More on Earth & Energy
Ancient DNA
1:51 PM on futurism
Scientists Sequence DNA They Found From 2 Million Years Ago
Gross
Yesterday on the byte
Residents Alarmed When Entire River Turns White
Going Hydrogen
Dec 2 on the byte
Airbus to Strap Hydrogen Fuel Cell Engine to Massive Superjumbo Jet
READ MORE STORIES ABOUT / Earth & Energy
Keep up.
Subscribe to our daily newsletter to keep in touch with the subjects shaping our future.
+Social+Newsletter
TopicsAbout UsContact Us
Copyright ©, Camden Media Inc All Rights Reserved. See our User Agreement, Privacy Policy and Data Use Policy. The material on this site may not be reproduced, distributed, transmitted, cached or otherwise used, except with prior written permission of Futurism. Articles may contain affiliate links which enable us to share in the revenue of any purchases made.
Fonts by Typekit and Monotype.