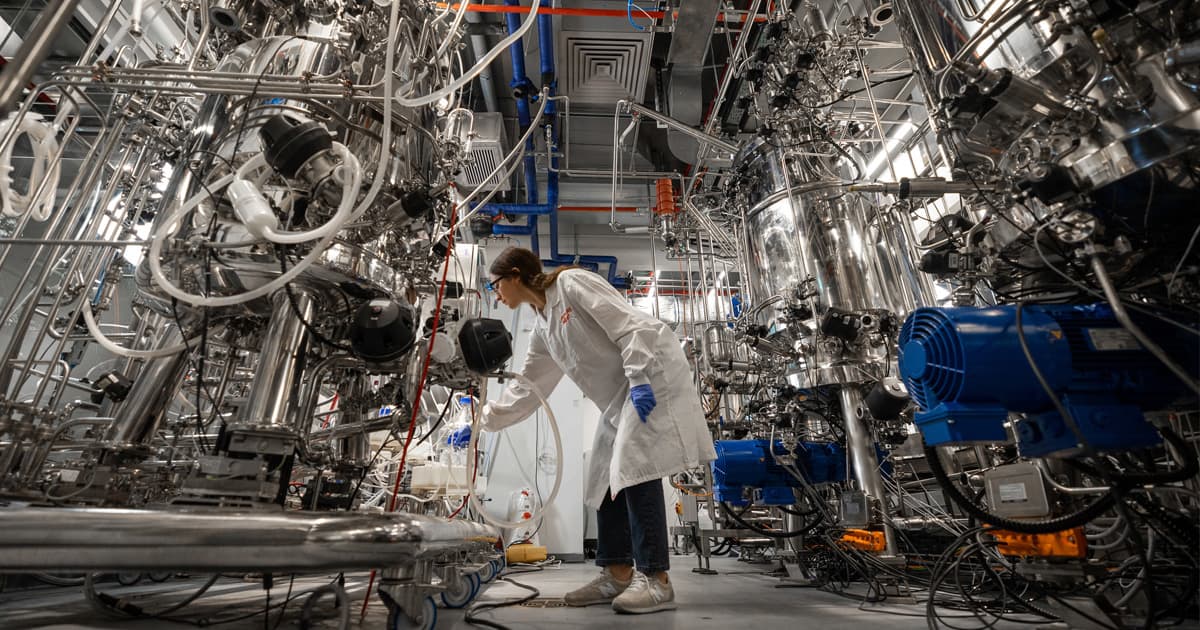 Grow It, Don't Raise It

It can produce the equivalent of 5,000 burgers a day.

It can produce the equivalent of 5,000 burgers a day.

Israeli biotech company Future Meat has opened what it claims to be the "world's first industrial cultured meat facility," a watershed moment in the development of futuristic meat alternative products.

They say the facility is capable of producing 1,100 pounds of lab grown — rather than plant-based — meat products a day, or roughly the equivalent of 3,000 medium-sized hamburgers.

"This facility opening marks a huge step in Future Meat Technologies' path to market, serving as a critical enabler to bring our products to shelves by 2022," CEO Rom Kshuk said in a press blurb.

The facility could lay the groundwork for many others like it in the future, particularly in the US, where plant-based meat substitutes are already becoming increasingly popular.

"Having a running industrial line accelerates key processes such as regulation and product development," Kshuk said.

The factory can produce cell-based chicken, pork, and lamb products, with the capability to produce beef products "coming soon," according to the statement.

In February, Future Meat announced it had managed to bring the production cost of a cultured chicken breast product to under $10, a decrease in cost "by 1,000 times over the last three years," as Kshuk told The Spoon at the time.

It's an exciting new chapter in weaning modern society off of traditionally manufactured meat. Stateside, the demand for plant-based meat substitutes is on the rise — and lab-grown meat may just be the next step. Future Meat is hoping to expand into US markets as soon as next year.

Companies Are Betting on Lab-Grown Meat, but None Know How to Get You to Eat It
3. 16. 18
Read More
Researchers Unveiled The First Chicken Meat Grown Without Chickens
3. 17. 17
Read More
Lab-Grown Meat: Tyson is Making a Massive Investment in a Meatless Future
12. 8. 16
Read More
+Social+Newsletter
TopicsAbout UsContact Us
Copyright ©, Camden Media Inc All Rights Reserved. See our User Agreement, Privacy Policy and Data Use Policy. The material on this site may not be reproduced, distributed, transmitted, cached or otherwise used, except with prior written permission of Futurism. Fonts by Typekit and Monotype.