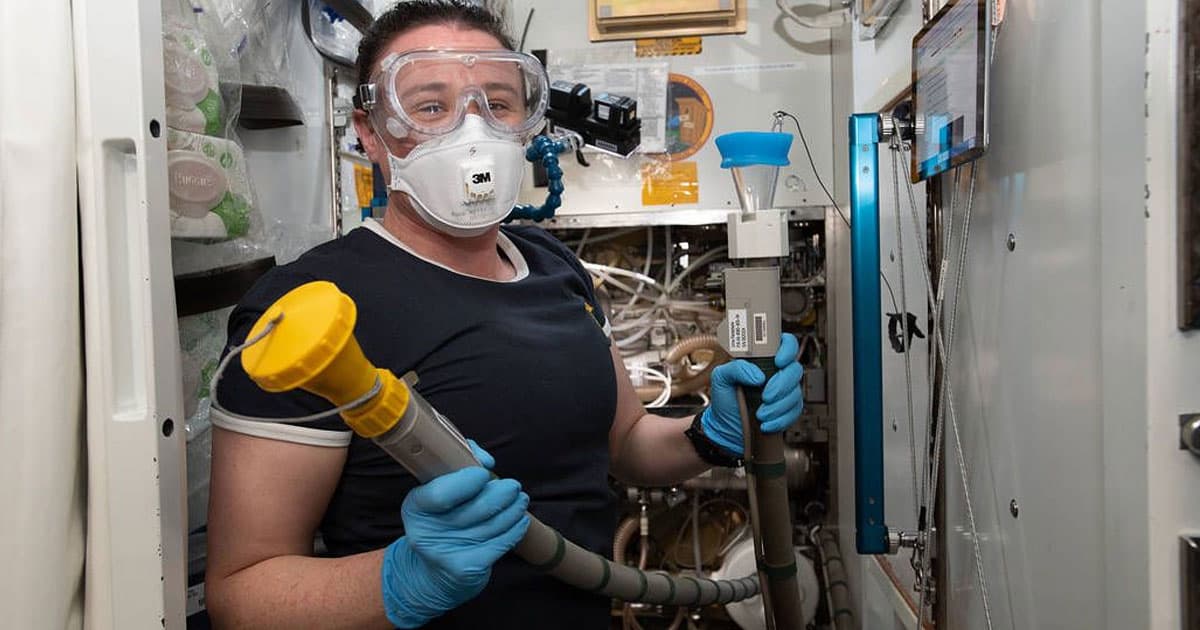 The Curse of the Toilet Continues! Bathroom Broke During Tourists’ Stay on ISS

They had to ask the Russians to use their toilet.

They had to ask the Russians to use their toilet.

Going to the bathroom in microgravity is anything but simple. Doing your business requires some surprisingly sophisticated machinery, including a suction fan, funnel, bucket, and plastic liners.

Given that Rube Goldberg of human waste, it’s not surprising that plumbing troubles have plagued off world bathrooms.

In fact, now it turns out that the crew of the latest space tourist mission into space, Ax-1, had to figuratively knock on the door of the Russian segment of the ISS to use their facilities — because the American sector’s toilet broke down during their stay.

“We had one day when the toilet was down for a couple hours,” Larry Connor, one of the mission’s space tourists told CNN. “The Russians were very cordial, very accommodating. We operate as one team up there and they said, ‘Hey, come on over and use ours.'”

Connor told CNN that the cosmonauts were “gracious hosts,” inviting him and the rest of his crew to their segment for the “equivalent of juice boxes and a little bit of dessert.”

The ISS has been in continuous use since the early 2000s, and the cracks are literally starting to show. The station’s toilet facilities have broken and replaced on a number of occasions over the decades.

It’s far from the first time astronauts have had issues with the American segment’s toilet. In 2019, the toilet reportedly blew up, spilling water everywhere — which is bad news, especially in a microgravity environment.

SpaceX, which carried the Ax-1 tourists to the station in a Dragon capsule, has also struggled to build a reliable space latrine. Astronauts have had issues with a leaky commode on board the company’s Crew Dragon spacecraft on more than one occasion.

The latest instance of bathroom sharing is also a reminder that operations on board the ISS are still largely unaffected by the political crisis unfolding back on the ground.

The topic of Ukraine never even came up, according to the report — a rather awkward conversation to be had, surely, while you’re waiting for the toilet to free up.

More on the ISS: NASA Deciding Whether Russian Cosmonaut Is Allowed on SpaceX Launch