NASA Deciding Whether Russian Cosmonaut Is Allowed on SpaceX Launch

It would be the first time a cosmonaut flies on board a Crew Dragon shuttle. 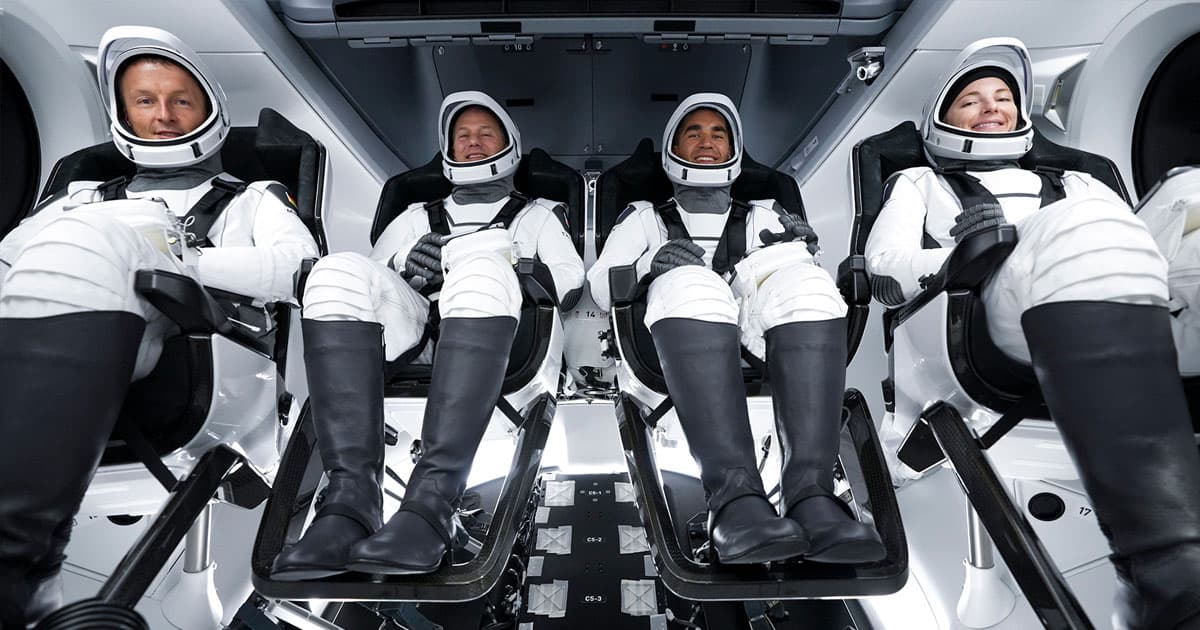 NASA is still deciding on whether to take a Russian cosmonaut along for the ride on a SpaceX Crew Dragon mission to the International Space Station later this year.

During a press conference about Crew-4, this week's mission to the space station, SpaceNews editor Jeff Foust inquired if a decision had been made on whether a cosmonaut would round out the crew of five astronauts, given the tense geopolitical standoff between Russia and much of the rest of the world.

NASA's ISS manager Joel Montalbano replied that the agency will likely have an answer by "mid to late June," according to Foust.

It's a pivotal decision, as Crew-5 could mark the first time a Russian cosmonaut travels to the ISS on board a SpaceX Crew Dragon. But whether it will actually happen remains very unclear. Russia's invasion of Ukraine has driven a deep wedge between its space agency and the West, with several major deep space missions being put on hold as a direct result.

Roscosmos and NASA have been collaborating on sending astronauts into space since the early 1990s. The first time a Russian cosmonaut traveled on board NASA's Space Shuttle was in 1994, as part of the Shuttle-Mir program, which was designed to enable longer stays on board the Mir, Russia's space station.

The last time a Russian cosmonaut flew to the ISS onboard an American spacecraft was the STS-113 Space Shuttle mission to the ISS in 2002, almost two decades ago and less than a year prior to the Space Shuttle Columbia disaster.

Since ending the Space Shuttle program in 2011 after 135 missions spanning three decades, NASA had to rely almost exclusively on Russia's Soyuz spacecraft to populate the US segment of the orbital outpost.

But thanks to its collaboration with SpaceX, NASA has established a reliable new way to do just that: the company's Crew Dragon, which has delivered astronauts to the ISS on four occasions so far.

Last year, the head Roscosmos Dmitry Rogozin admitted that "SpaceX has already acquired enough experience for us to be able to put our cosmonauts on Crew Dragon," at an October press conference.

But his tone has changed considerably on several of occasions since then. The considerable sanctions aimed at Roscosmos over the Ukraine invasion enraged the outspoken space chief, even spurring him to seemingly threaten the US with a plummeting space station.

Where that leaves plans to send a Russian cosmonaut to the ISS on board a Crew Dragon remains to be seen. Despite the international mudflinging, ISS operations have remained largely unaffected by the crisis unfolding back on the ground, according to both NASA and Roscosmos.

Whether that means the two space agencies' seat barter agreement is also unaffected is very much unclear at this point.

Ongoing ISS operations are one of the few remaining tethers that tie Russia to its former allies in the West, with decades of peaceful cooperation in space on the line.

But Montalbano is optimistic, anticipating that "Russia will approve the seat barter agreement based on discussions with Russian counterparts, who are supportive of crew swaps," according to Foust.

More on the ISS: Russia Is About to Activate a Robot Arm on the Exterior of the Space Station