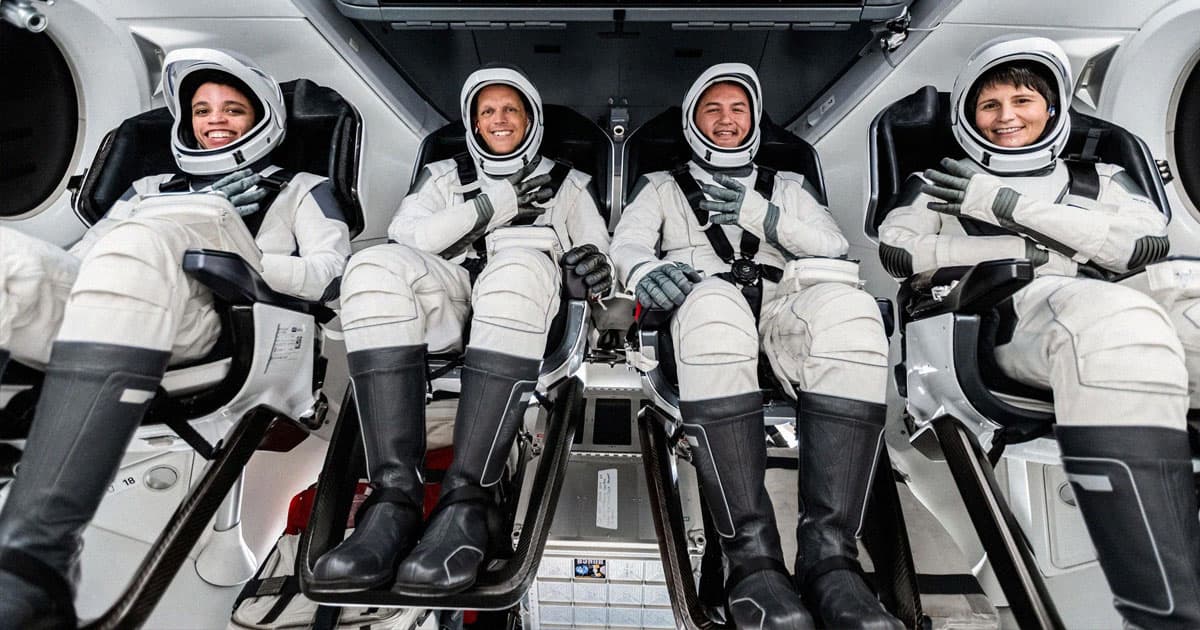 "Crew-4 will fly to the International Space Station in a new Dragon capsule named..."

"Crew-4 will fly to the International Space Station in a new Dragon capsule named..."

First, there was Endeavor. Then there was Resilience and Endurance.

Now, the fourth SpaceX Crew Dragon spacecraft, sending the fourth operational crew to the International Space Station, has a name as well.

Crew-4 is scheduled for liftoff next month, when it's scheduled to transport Lindgren, two fellow NASA astronauts, and a European Space Agency colleague to the ISS.

According to Lindgren, "the name celebrates a fundamental human right, and the industry and innovation that emanate from the unencumbered human spirit."

As the astronaut points out, the name is an homage to the Mercury-Redstone 3 rocket, otherwise known as Freedom 7, that took the first American astronaut, Alan Shepard, into outer space back in 1961.

Beyond the historical reference, however, the name "Freedom" could also have a much greater meaning, given the current geopolitical crisis brewing in Ukraine. Russia's invasion of the country has led to the international space community distancing itself and canceling launches involving Russian rockets.

For many years after the retirement of NASA's Space Shuttle back in 2011, the US has had to rely on Russian-made Soyuz rockets to deliver astronauts to the ISS.

But SpaceX's Crew Dragon has turned things around considerably for the agency.

"Through the Commercial Crew Program, NASA and SpaceX have restored a national capability and we honor the ingenuity and hard work of those involved," Lindgren tweeted.

In other words, the new name may well celebrate SpaceX's great success in giving the US back its ability to send astronauts to the aging orbital outpost. And that's as American as, well, Freedom Fries.

More on Crew Dragon: French ISS Astronaut Says Everything Is Totally Fine Up There