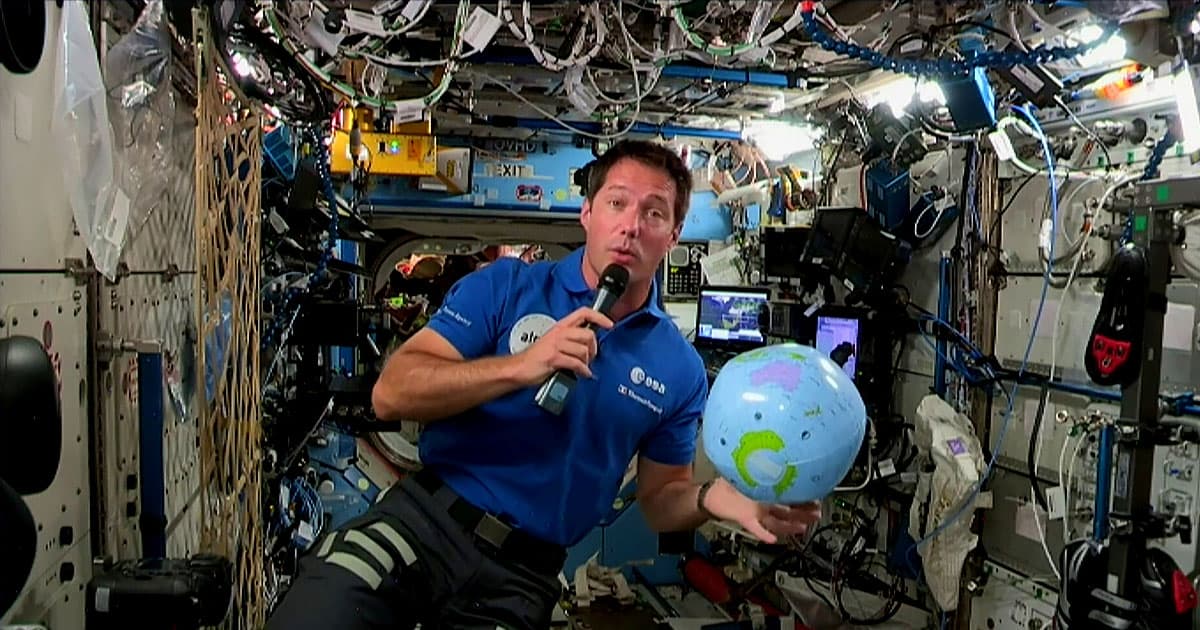 French ISS Astronaut Says Everything Is Totally Fine Up There

"You'll mostly see European astronauts on the Crew Dragon in the future."

"You'll mostly see European astronauts on the Crew Dragon in the future."

"We are all on the same boat on board the space station," he said during this year's Expo 2020 [sic] in Dubai today, as quoted by local news outlet The National. "We’re working and there are no tensions or divisions."

While Pesquet isn't currently on board the orbital outpost, he is an active astronaut, meaning that he could one day make his return there. That makes him one of the first active Western astronauts to publicly comment on the situation unfolding in Ukraine, as Ars Technica senior space reporter Eric Berger points out.

Pesquet also said that "you'll mostly see European astronauts on the Crew Dragon in the future."

But that's not because of the situation unfolding in Ukraine.

"It’s kind of a consequence of NASA having this new capacity to send people up to the space station," he said at the event. "We were going to fly on the Crew Dragon anyway, and it’s unrelated to the current events."

The comments come on the same day a crew of three cosmonauts are traveling to the ISS on board a Soyuz spacecraft.

Both NASA and the European Space Agency (ESA) have reassured that operations on board the ISS remain "nominal" despite new sanctions being aimed at Russia.

As a result of those sanctions, the country's space program now finds itself largely cut off from the rest of the world, with several rocket launches involving Russian rockets being postponed.

Over two decades of peaceful US-Russian collaboration on board the ISS are at stake. But given Pesquet's comments, there may be hope that business will go on as usual for the time being — despite a growing geopolitical crisis unfolding back on the surface.

More on the ISS: NASA Explains What Would Happen If Russia Abandoned the Space Station