NASA and Russia are ready to mix and match. 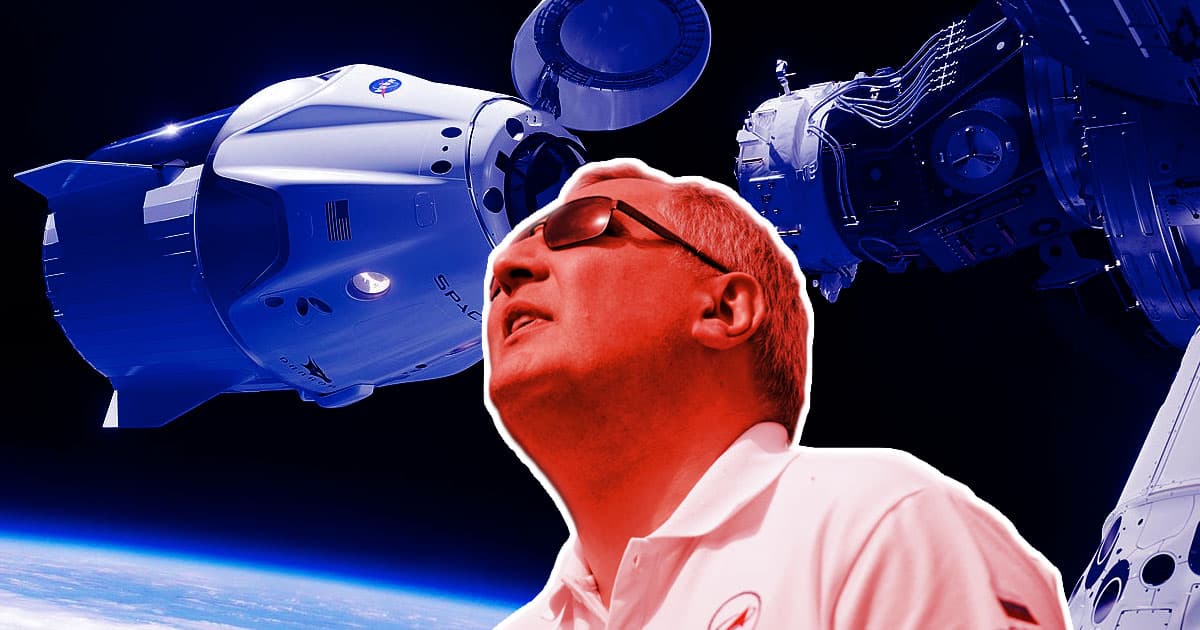 It's a striking reversal in tone given Rogozin's strained relationship with NASA and particularly SpaceX CEO Elon Musk. The director recently invited Musk for tea at his home in Russia last month, marking the beginning of a remarkable change in demeanor, since the two have a history of taking potshots at each other.

The idea is to mix and match NASA astronauts and Russian cosmonauts on future launches of the spacecraft.

"In our view, SpaceX has already acquired enough experience for us to be able to put our cosmonauts on Crew Dragon," Rogozin said through a translator at a press conference on Monday, as quoted by SpaceNews.

The soonest a Russian cosmonaut could travel to the ISS on board a Crew Dragon capsule could be the Crew-5 mission in the second half of 2022, according to SpaceNews.

The news comes after NASA and SpaceX completed their flight readiness review for an upcoming October 31 launch, the Crew-3 mission.

SpaceX has proven the flightworthiness of its Crew Dragon spacecraft on five occasions, four of which were crewed flights into orbit.

Russia's Soyuz spacecraft has a much longer history and has been in service for over half a century, with its first crewed launch taking place in 1967. While its configurations and technologies have been updated many times since its maiden voyage in the 1960s, the overall platform still bears a striking resemblance to decades-old designs.

Are Rogozin and Roscosmos admitting defeat by planning to fly cosmonauts on board SpaceX's Crew Dragon? His endorsement comes at an unusual time, with Russian officials revealing earlier this year that the country is planning to abandon the ISS after two decades of continuous international occupation and cooperation.

Perhaps Russia is simply ensuring Russian cosmonauts will be on board the aging outpost until the bitter end — or it could be an opportunistic play.

The country would be leaving considerable amounts of money on the table. Last year, NASA paid $90 million for a Soyuz seat. But it's unclear how much Russia would have to pay NASA and SpaceX to launch a crew member on board a Crew Dragon.

At the end of the day, maybe we should just take Rogozin by his word. NASA deputy administrator Pam Melroy said during Monday's conference that "they have an expectation that there should be several flights before they feel confident in the performance of the vehicle" — which Crew Dragon has now proven. "At this point, we’re having that conversation."

As always, getting a read on Rogozin's intentions is a fool's errand. His opinions have ranged from sheer rage at NASA for giving SpaceX carte blanche to threatening American space journalists, to inviting Musk in for tea with his family — and that's just over the past year and change.

Whether Russia is conceding to SpaceX or ensuring Russia's presence on board the ISS, in other words, remains a mystery.