Stay Away
12. 6. 22 by Victor Tangermann
Stay Away
/Advanced Transport

Tesla Is Having Extreme Trouble Hiring, for Some Reason

Its new factory in Berlin is reportedly in "total chaos." 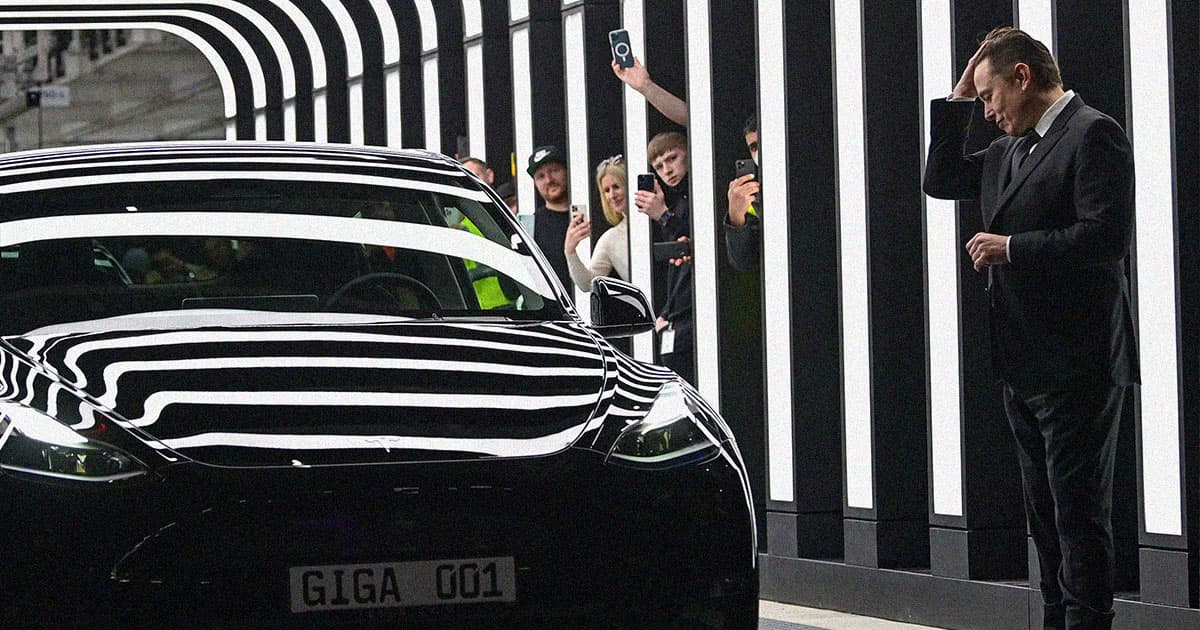 Worldwide, the number of vacancies at the company has doubled since the summer, suggesting that it's facing serious headwind in not only attracting new workers, but also keeping them motivated enough to stick around.

In Germany, Musk promised back in March that the Berlin plant was going to produce half a million Teslas this year. But it sounds like the facility's staffing woes are at serious risk of derailing that goal.

"Some people are off sick longer than they’ve actually worked," one current employee told Wired. "There are people who I haven’t seen working for three weeks in six months. Many people are signed off sick because the motivation isn’t there."

The factory still has only 7,000 roles have been filled out of a planned 12,000, and we can only hazard a guess as to why German autoworkers are staying away.

For one, Germany's substantial auto sector is heavily unionized. According to Wired, Tesla is also paying its metal workers 20 percent less than competing companies.

And that's bound to cause from friction. Tesla has a long history of union busting. Musk himself has reportedly threatened labor organizers on a number of occasions.

It's also conceivable that Musk's crumbling stature amid his bumbling acquisition of Twitter — not to mention its own highly publicized labor woes — are dimming Tesla's prospects for attracting talent.

Aggressive recruiting targets are doing little to attract workers to the plant.

"People in HR want to hit their targets for recruitment, so they will say anything to get people in," the unnamed employee told Wired, "but not pay attention to keeping these workers."

Other workers reportedly had their job contracts changed unexpectedly, being forced to work night and weekend shifts.

These staffing issues don't bode well, especially considering the construction of Tesla's Berlin plant was already mired in controversy from the very start, with environmental groups warning of increased deforestation and water contamination.

Since officially opening in March, working conditions seemingly haven't improved all that much. According to a September report by the German newspaper Stern, the factory was even operating without functioning fire alarms, suggesting safety protocols are far from where they should be.

It comes to no surprise then that the factory is struggling to meet end of year production goals of 5,000 vehicles a week. The plant only met a benchmark of 2,000 Model Y cars by the end of October, double the output compared to June according to Wired, but a fraction of what the company's other plants in Texas and Shanghai can produce.

In short, workers have plenty of other better options as far as the car sector goes. Volkswagen, for instance, is already operating a massive plant in the region.

As of now, Tesla is struggling to provide competitive pay and stable working conditions. In a country with a well-established and unionized auto sector, it shouldn't come as a surprise then that Tesla's chaotic approach isn't proving successful.

Read This Next
Absent CEO
Tesla Investors Furious at Elon Musk for Vanishing During Crisis to Play With Shiny New Twitter
It Was the Tesla
Manslaughter Case Has a Strange Twist: Tesla That Killed Couple Was on Autopilot
Full Self-Delusion
Survey: 42% of Tesla Autopilot Drivers Think Their Cars Can Entirely Drive Themselves
Musk Antics
Elon Musk Has a Big Problem on His Hands
Please Elon
Why These Tesla Owners Are Going on a Hunger Strike Against Tesla
More on Advanced Transport
Kapow
Friday on the byte
Self-Driving Car Plowed Into Active Fire Scene, Forcing Firefighters to Smash Its Window
Netflix and Drive
Monday on futurism
Mercedes Claims to Have Achieved Level 3 Automation, Beating Tesla
Battery Trouble
Monday on the byte
Tesla "Spontaneously" Bursts Into Flames While Driving Down Freeway
READ MORE STORIES ABOUT / Advanced Transport
Keep up.
Subscribe to our daily newsletter to keep in touch with the subjects shaping our future.
+Social+Newsletter
TopicsAbout UsContact Us
Copyright ©, Camden Media Inc All Rights Reserved. See our User Agreement, Privacy Policy and Data Use Policy. The material on this site may not be reproduced, distributed, transmitted, cached or otherwise used, except with prior written permission of Futurism. Articles may contain affiliate links which enable us to share in the revenue of any purchases made.
Fonts by Typekit and Monotype.