Every breath you take, every move you make. 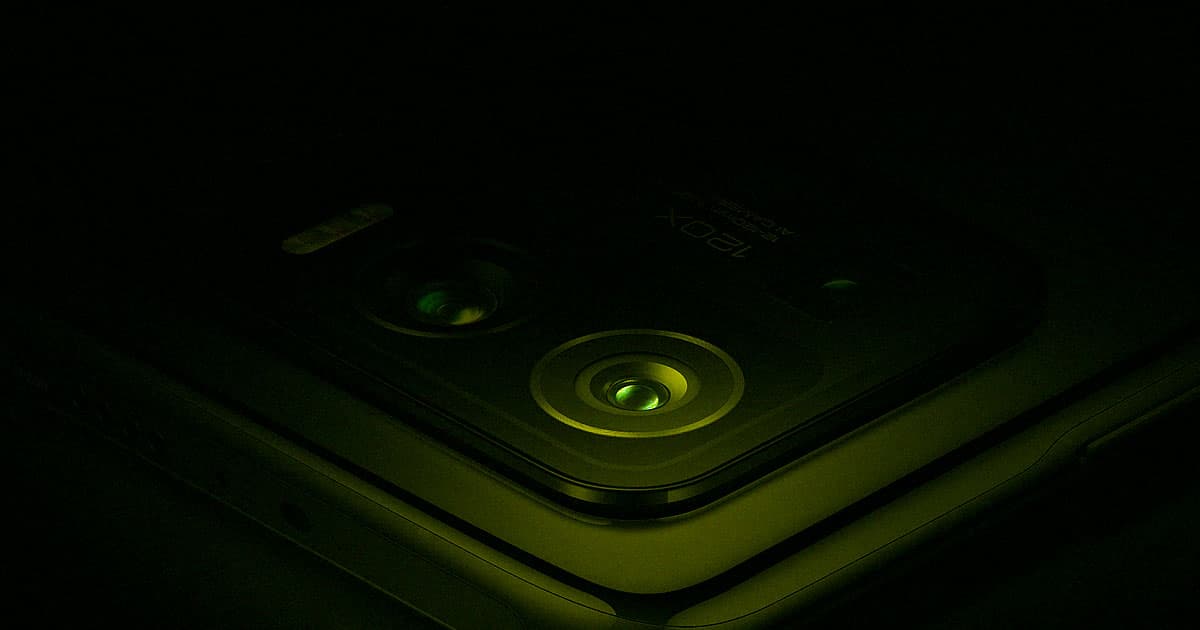 While announcing his company's latest smartphone processor chip, one tech company executive was not only unperturbed that the phone's camera will always be scanning users' faces, but was actually excited by the prospect.

As The Verge reported, Judd Heape, the vice president of product management at the Qualcomm corporation, bragged that the company's new Snapdragon 8 Gen 1 processor chip — which will be in 2022's fanciest Android phones — will allow smartphone cameras to "always" be "securely looking for your face, even if you don’t touch it or raise to wake it."

The idea behind this creepy surveillance is similar to the microphones in our phones that are always listening to us, The Verge's report noted, but with one major distinction — that those microphones only activate on specific words and phrases ("Hi Siri!") and usually can't do much more until your phone is unlocked.

Smart home products with cameras that regularly scan their surroundings, The Verge reminded readers, do already exist. But even those are less terrifying than this forthcoming Android tech because they're not always on your body, generally aren't repositories for all of our most personal information, and often come with physical shutters or system preferences that allow you to disable them when you're in the house.

In an apparent attempt to quell fears that the phones' always-on cameras could be hacked the way smart home products have been, Heape said the cameras' data "never leaves the secure sensing hub while it’s looking for faces," suggesting that the camera won't be connected to the cloud or to the phone's apps that access the cloud.

While it's freaky to consider a panopticon being carried around in the pockets of Android enthusiasts, there are a few potential saving graces, The Verge added.

Ziad Asghar, another vice president of product management at Qualcomm, told The Verge that users will have "the choice to be able to pick and choose as to what is enabled and what’s not enabled," seemingly meaning they'll be able to opt out of the always-on camera.

Moreover, there's no word yet on whether or not the makers of the Androids that the Qualcomm chips are going into will even enable the supersensory camera capabilities, in which case the company's apparent enthusiasm will be moot.

These caveats are assuredly helpful in the short-term, but it was just a matter of time before someone began making this kind of smartphone camera. Now that Pandora's box is opened, it seems unlikely that it'll be shut anytime soon.

More creepiness: Google Testing Feature That Scolds You For Using Smartphone While Walking

Read This Next
Stranger Danger?
Woman Freaks Out After Discovering an Apple Tracking Device on Her Car
Futurism
Thanks, Amazon! Echo Recorded And Sent Audio To Random Contacts Without Warning
Futurism
Facebook Wants a Robot to Be Your Personal Photographer
Futurism
Could the Next Smartphone be Double-Sided? Samsung Thinks So.
Futurism
China's CCTV System Tracked Down a Reporter in Only Seven Minutes
More on Robots & Machines
FROM THE DEPT. OF...
Thursday on futurism
Best Charging Stations in 2022
FROM THE DEPT. OF...
Wednesday on futurism
Best Vintage Turntables in 2022
FROM THE DEPT. OF...
Wednesday on futurism
Best Gaming Chairs Under $100
READ MORE STORIES ABOUT / Robots & Machines
Keep up.
Subscribe to our daily newsletter to keep in touch with the subjects shaping our future.
+Social+Newsletter
TopicsAbout UsContact Us
Copyright ©, Camden Media Inc All Rights Reserved. See our User Agreement, Privacy Policy and Data Use Policy. The material on this site may not be reproduced, distributed, transmitted, cached or otherwise used, except with prior written permission of Futurism. Fonts by Typekit and Monotype.