A new book examines the beautiful — and terrible — possibilities of alien contact. 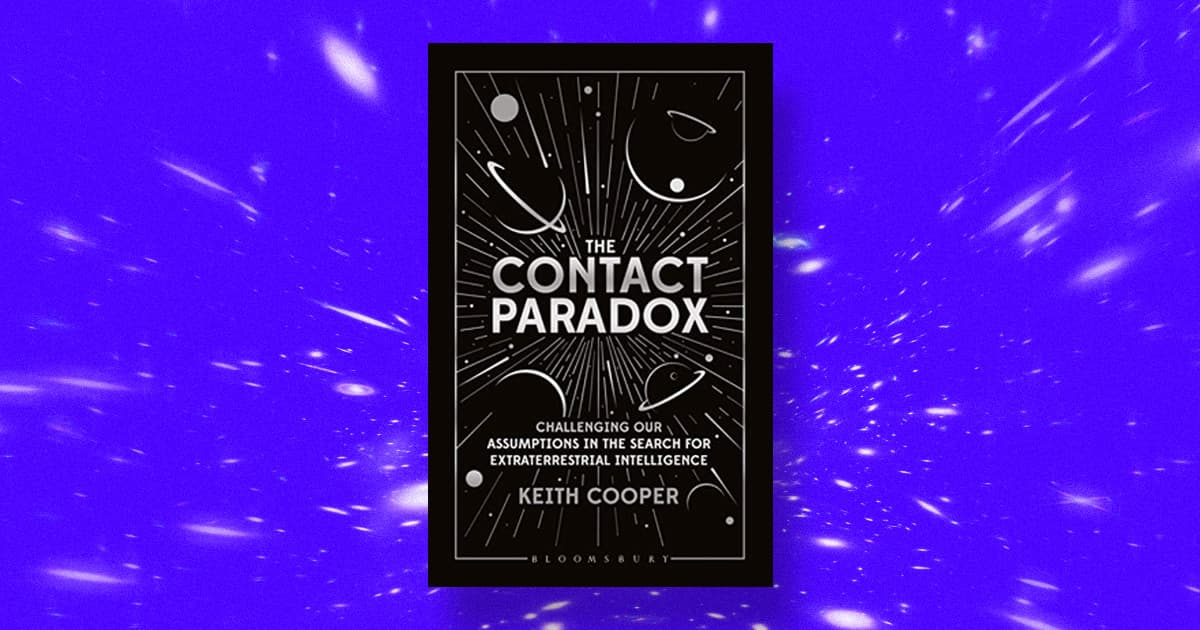 As we beam our existence out into the universe, we're making a bold assumption that any aliens who pick it up won’t use their superior technology to kill us all.

That's a cautionary point in "The Contact Paradox," a rousing new essay collection about the search for extraterrestrial intelligence — better known as SETI — from Astronomy Now editor Keith Cooper.

There's a sense that SETI is already old. It began, in fits and starts, shortly after the invention of radio technology in the early 1900s, with more concentrated efforts spinning up around 1980 with the help of visionaries including Carl Sagan. But investment in SETI projects continues around the world, with ever more cosmic listening devices brought online, along with new computing tools to search the data they collect.

But despite building increasingly powerful radio telescopes, according to Cooper's wide review of literature and subject matter experts, there are mind-bending assumptions that underlie many SETI projects — and which complicate their potential for success.

Surely, goes one optimistic line of thought, it would be to humanity’s benefit to find benevolent alien species among the stars. They could share a great cache of knowledge with us, and more fundamentally just let us know that we aren't alone in a cold universe — ideas that tend to assume, in one form or another, that advanced civilizations become morally pure.

But, on the other hand, belligerent or self-interested extraterrestrials could just wipe us the fuck out.

"Even if one could detect a pattern of increasingly moral enlightenment in human history, it would still be dangerous to extrapolate that into the future," University of Oxford's Future of Humanity Institute director Nick Bostrom told Cooper. "In fact I think that argument to be extremely weak, but I would imagine that it is what underpins some people's optimism about technologically advanced civilisations."

Cooper also details some of the many other reasons that finding intelligent life could prove to be difficult.

Apart from space simply being massive — even at the speed of light, our radio waves have only traveled about 100 light-years outward from Earth — we also assume we’ll recognize intelligence when we see it. Alien life may be so, well, alien that we might be incapable of perceiving it at all.

In fact, some have even speculated aliens could be on Earth already, unbeknownst to us.

"The Contact Paradox" challenges us to rethink those assumptions and many more — and ultimately makes the case that one interpretation of SETI is to probe our own relationship with the universe.

"The stars are a mirror and, when we gaze up at them, if we look closely enough, we see our reflection staring back," Cooper wrote. "Study that reflection and we may learn something about ourselves."

Read This Next
Whack-an-Alien
Chinese Scientists Say They May Have Detected Signal From Extraterrestrial Intelligence, But Probably Not
Loeb Love
Harvard Astronomer Argues That Aliens Visited Us in 2017
Loeb Strikes Again
Harvard Astronomer Says We Should Hunt for Alien Probes
Phone Home
SETI Institute Admits That Proxima Centauri Signal Is Very Strange
RIP
Iconic Arecibo Alien-Hunting Observatory Will Be Demolished
More on Hard Science
Tractor Beam
Thursday on the byte
Scientists Build Working Tractor Beam, Although It's Comically Tiny
Having a Blast
Jan 18 on the byte
New Study Shows Where You Should Hide to Survive a Nuclear Attack
Offworld Amino
Jan 15 on the byte
Scientists Find Building Blocks of Life in Meteor That Smashed Into Family's Driveway
READ MORE STORIES ABOUT / Hard Science
Keep up.
Subscribe to our daily newsletter to keep in touch with the subjects shaping our future.
+Social+Newsletter
TopicsAbout UsContact Us
Copyright ©, Camden Media Inc All Rights Reserved. See our User Agreement, Privacy Policy and Data Use Policy. The material on this site may not be reproduced, distributed, transmitted, cached or otherwise used, except with prior written permission of Futurism. Articles may contain affiliate links which enable us to share in the revenue of any purchases made.
Fonts by Typekit and Monotype.