"I did not authorize this ugly NFT." 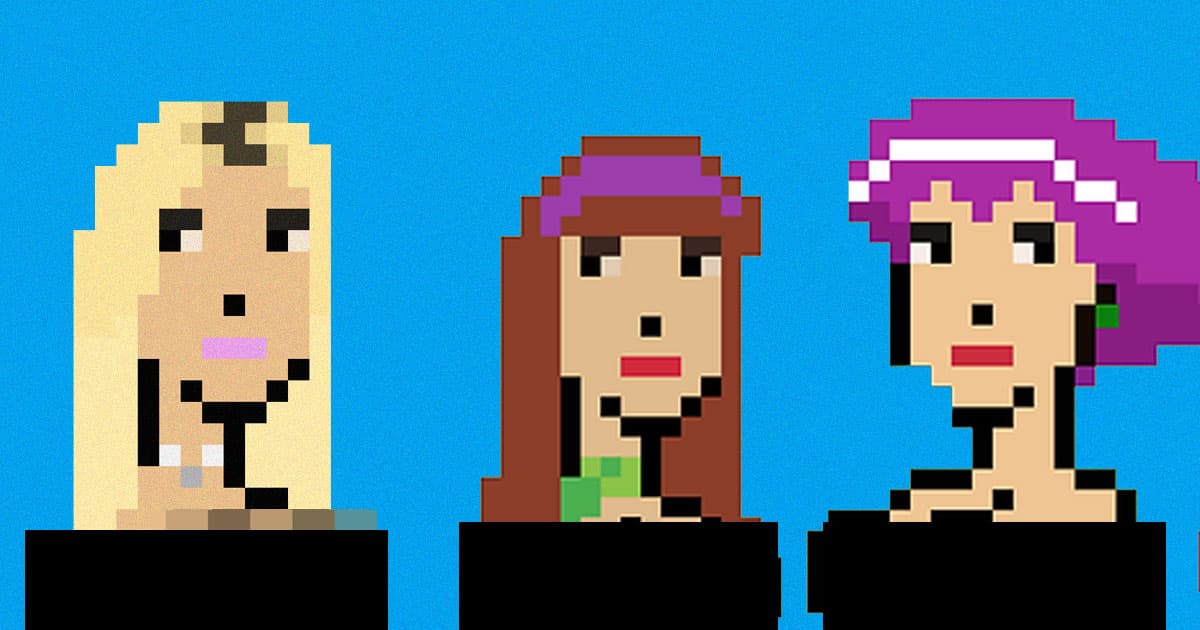 The only problem? The creator of the project never bothered to get permission from the adult entertainers depicted — and monetized — in the collection.

"This is salt in my fucking wound!" she told Futurism. "I did not authorize this ugly NFT."

As such, the "PornstarPunks" collection is yet another illustration of the type of abuse we see over and over in the world of blockchain, where wannabe crypto tycoons frequently play fast and loose with intellectual property — and, more generally, basic ethics — in search of a quick buck. This time, though, the grift feels particularly gauche because the value is being extracted from people in an industry that's often already exploitative and harmful.

In response to questions from Futurism, OpenSea removed the collection from its site.

"OpenSea's mission is to build the most trusted and inclusive NFT marketplace with the best selection," a spokesperson said in a statement. "[Intellectual property] and publicity rights are protected by our Terms of Service, and infringement of intellectual property rights is a violation of our policies, which we enforce in various ways, including delisting and in some instances, banning accounts in violation."

That would only be if the creator of the collection had operated ethically, though, by approaching individual performers for permission to use their names and likenesses, and compensating them fairly when the NFTs sold.

Instead, in the move-fast-and-break-things world of NFTs and crypto, the creator of the project — who didn’t respond to multiple requests for comment — skipped all those hard steps and just started pocketing revenue.

Overall, the whole thing feels like a greasy cash grab that's throwing a bunch of garbage at the wall to see what sticks. Consequently, most of the collection never picked up much value.

In light of all that, the collection also serves as a rebuke of the common narrative that crypto represents a valuable opportunity for adult content creators. For a select few — including Sins, who has gotten into the NFT space himself as both an owner and the creator of a forthcoming collection — that might be true. But for most, blockchain's role in adult entertainment seems to be the same as its role in the art world: as just another way for hardworking artists to get ripped off by scammers.

Do people in DeVille's position have much in the way of legal recourse? It depends on your perspective. Bobby Desmond, a Florida-based intellectual property lawyer who specializes in cryptocurrency law and the adult industry, told Futurism that although the collection is almost certainly violating copyright law by using the names and likenesses of performers like DeVille without their permission, it's likely that a realistic legal strategy would be more like a game of Whack-A-Mole than a decisive legal victory.

As such, he said, if anyone finds themselves depicted by an NFT without their permission, their best bet to get it removed is to fill out a Digital Millennium Copyright Act takedown request through OpenSea.

Of course, needing to be your own online legal representative is a familiar reality for anyone in the world of adult content creation, whose content is constantly stolen and reposted without permission. After all, if OpenSea was dedicating even an iota of scrutiny to the material on its site, a collection like PornstarPunks should have immediately set off red flags.

"Honestly," Desmond told Futurism, "most adult models or any adult content creator, especially if they're working on their own on a fan site, like OnlyFans... or any of those, they're intimately familiar with the DMCA, because their content is stolen all the time and they're pursuing people so that they can keep their money."

Whether people whose art or likeness is ripped off by NFT grifters end up with anything further in the way of legal protections will depend on legal precedent that isn't yet set. For now, performers like DeVille are just left with a general sense of disgust.

"Unsurprisingly," DeVille told us, "this is another NFT scam."

Read This Next
SBF'ed Up
Sam Bankman-Fried Was a Horrible Boss, Former Exec Says
Beanbag Chair Musings
Sam Bankman-Fried, Bored on House Arrest, Starts a Substack
Cracking Eggs
Logan Paul Says His NFT Game Isn't a Scam, He Just Hired Scammers to Build It and They Did Some Scamming
Sad!
Donald Trump's NFT Collection Is So Fantastically Ugly That Even His Biggest Fans Are Aghast
Sometimes You Winkleviin, Sometimes You Winklevose
Former Employees Say Problems Were Obvious at the Winklevoss' Exchange Before It Paused Withdrawals
More on Blocknik
Girlbosses
Wednesday on the byte
"Cryptoqueen" Accused of Stealing Billions Suddenly Surfaces
Their Minds...
Jan 28 on the byte
Business Geniuses at Amazon Hard at Work on Hot New Idea: NFTs
Floored Apes
Jan 27 on the byte
Yuga Labs Says Its Bored Apes Are Absolutely Copyrighted, Thank You Very Much
READ MORE STORIES ABOUT / Blocknik
Keep up.
Subscribe to our daily newsletter to keep in touch with the subjects shaping our future.
+Social+Newsletter
TopicsAbout UsContact Us
Copyright ©, Camden Media Inc All Rights Reserved. See our User Agreement, Privacy Policy and Data Use Policy. The material on this site may not be reproduced, distributed, transmitted, cached or otherwise used, except with prior written permission of Futurism. Articles may contain affiliate links which enable us to share in the revenue of any purchases made.
Fonts by Typekit and Monotype.