Independent Artists Say NFTs Are the Bane of Their Existence

"Every artist I know is getting their work jacked." 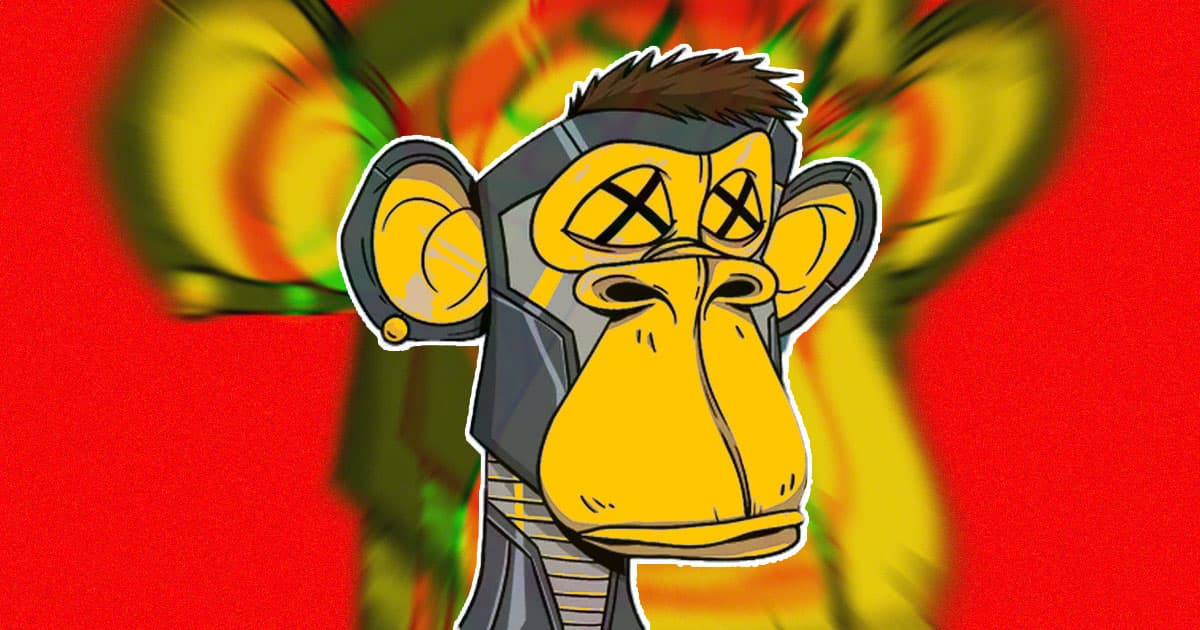 Back in November, a user with the handle VincentVanDough put up a non-fungible token (NFT) for sale with the title “Right Click Save This.”

It was yet another skirmish in the Great Right Click Wars, a simmering feud in which members of the independent and furry art scenes have been downloading and remixing NFTs — think the Bored Ape Yacht Club or the Lazy Lions — to make fun of both the concept and the execution, with NFT fans responding with similar vitriol.

VincentVanDough’s NFT, for instance, took the form of a collage of dozens of furry profile pictures — collected without the artists’ permission — with a Pepe frog lazily superimposed with a top hat and middle finger, along with a flashing caption that alternated between “LAWSUIT MATERIAL” and “CALL: 1800-SUE-ME.”

“This piece is dedicated to the furries,” read the NFT’s description. “They may not understand the value of provenance yet, but they will soon enough.”

At the core of the dispute is a dark irony: that much of the pushback against NFTs is coming from the artists that they were supposed to help. On a certain level, this bitter conflict between independent artists and NFT fans is just another a esoteric rivalry on social media. But it’s also a compelling microcosm of larger issues swirling at the intersection of art, technology and copyright law — and it could be a sign of things to come far beyond niche fandoms.

“What we've got are two communities using copyright to drive what they're doing creatively,” copyright attorney and Queen Mary University doctoral researcher Mike Dunford told Futurism. “I think we've got this complete clash of cultures with the two groups talking past each other because they value just completely different things.”

“Copyright law is a disaster zone in this area,” he added.

It’s true that some artists are making serious money on NFTs. But the majority are not. Half of NFTs sell for less than $200, and that’s before considering the fees for using a platform and minting the works, as well as the transaction costs required to turn any crypto revenue back into fiat currency. And larger sales, such as Beeple’s $69 million NFT, can start looking like infinite fractals of drama and schemes on closer inspection.

Many highly-valued NFT projects have also drawn criticism for their lack of artistic quality. That’s inherently subjective, of course, but some of the hottest profile picture NFTs, like the Bored Apes and Lazy Lions, are made by taking a base image and algorithmically adding randomized attributes to generate numerous lucrative new versions — a fun gimmick, but not necessarily one that’s bound to preserve a value of hundreds of thousands of dollars over time.

An even more trenchant critique is that many NFTs that do turn a profit are minted by scammers who stole someone else’s work for a quick payday — a grim inversion of the promise of the tech that’s led at least one independent artist to call it quits entirely.

“My art was stolen and minted as an NFT,” said an independent furry artist who asked not to be identified out of fear of further harassment. “If it weren’t for the person who minted it publicly taunting me, I would have never found out.”

“If your art gets stolen as an NFT, chances are you’ll have to send a DMCA to the site hosting it for them to even consider doing anything about it,” they added.

This type of theft can take on a ghoulish dimension. After an artist named Qing “Qinni” Han died earlier this year, her work was copied and sold as NFTs under her name.

“I can do the best I could do to address the art theft, but I can't invest too much of my energy into it because much of it is out of my control,” her brother told Wired.

“In the last 24 hours I have had to report 29 instances of my art getting stolen as NFTs. I am so very tired of this and it seems to be getting worse,” Palmer tweeted last month. “Every artist I know is getting their work jacked and [it’s] just not fair or right. What can we even do, it feels hopeless.”

Artists also have to look out for phishing attacks from people who want to hijack their accounts to push NFTs. Another artist told us that these schemes are “generally why most artists block NFT accounts on sight.”

In sum, it’s a whole bunch of bad news for artists that don’t want to enter the NFT ecosystem.

“It's like you're watching that car sliding down the hill,” Dunford said, leaving artists “wondering what it's going to hit.”

At the same time, right-clicking could be copyright infringement, according to Dunford, who views much of the Great Right Click Wars as performative. In the end, he says, nobody is going to have a firm playbook until there’s legal precedent.

“The problem is that none of this stuff we can know the answer to until it goes to court,” he said.

There’s also a sense that marketplaces could be doing more to proactively fight back against scams and stolen art. Longstanding independent art site DeviantArt, for instance, already sends users notifications when their work is copied as an NFT, but most NFT marketplaces have yet to implement such a feature.

OpenSea didn’t reply to repeated requests for comment, but Foundation said it’s aware of problems with theft and working to grapple with them.

“Fraud/Misrepresentation is the act of outright stealing a work from a creator and pretending to be the actual creator of a work,” the company told Futurism in a statement. “This type of activity is prohibited on Foundation and merits an account/wallet suspension as well as removal of the artwork.” The company also said it’s working on a “social verification” system via Twitter or Instagram to encourage collectors to do their due diligence before bidding.

Many in the NFT community agree that platforms should be doing more to protect artists.

“We haven't seen a lot of real bold moves on OpenSea’s part to combat this stuff,” said Gabriel Allred, founder of the NFT company Bitlectro Labs. “They've got so much damn money, they're making so much revenue, they should be able to implement protocols or even technology fixes.”

At the same time, though, Allred thinks the tech will ultimately be a huge boon for independent artists, once the kinks have been ironed out.

“I don't think we're at a point yet where people are understanding the value of this, nor is it even openly discussed, within the NFT Twitter-verse or discord-verse like it,” he added. He’s not sure the rush for huge profits is helpful, though, “when everyone sees dollar signs around.”

And it is worth noting that many independent artists have fully embraced the concept.

“I never publicly shared my art before NFTs,” BruceTheGoose, a crypto artist and founder of NFThub and Nifty Pride, told Futurism.

BruceTheGoose credits their success to a global platform that enables them to share their art with a large audience. And if a few independent artists get trampled along the way, they say, that’s just the cost of doing business.

“Anywhere that you have groundbreaking tech, and [people are] making a lot of money or freeing themselves from the nine to five like you're gonna have bad actors,” BruceTheGoose added. “I don't think there's any way to really fully enforce or police or regulate any of it.”

Read This Next
Apes Ahoy
A Major NFT Project Is Falling Apart in a Storm of Lawsuits
Rube Goldbergian
The Dune NFT Project Is Back With an Inscrutable New Scheme
Wrong-Clicker
Knockoff eBay NFTs Are Kind of Based, Actually
Sad!
Melania Trump Accused of Secretly Buying Her Own NFT to Avoid Disgrace
Magic: The Reckoning
Maker of "Magic" Cards Sends Cease and Desist to Project Minting Unauthorized NFTs
More on Future Society
Rough
Monday on futurism
Elon Musk's Twitter Is Reportedly Failing Miserably to Contain Horrific Child Abuse Content
YouTube Propaganda
Monday on the byte
Experts Say There's Something Very Weird About North Korean YouTubers
Bird Crap
Feb 4 on the byte
It Looks Like Elon Musk Is Actually Building a Twitter Payment Platform
READ MORE STORIES ABOUT / Future Society
Keep up.
Subscribe to our daily newsletter to keep in touch with the subjects shaping our future.
+Social+Newsletter
TopicsAbout UsContact Us
Copyright ©, Camden Media Inc All Rights Reserved. See our User Agreement, Privacy Policy and Data Use Policy. The material on this site may not be reproduced, distributed, transmitted, cached or otherwise used, except with prior written permission of Futurism. Articles may contain affiliate links which enable us to share in the revenue of any purchases made.
Fonts by Typekit and Monotype.