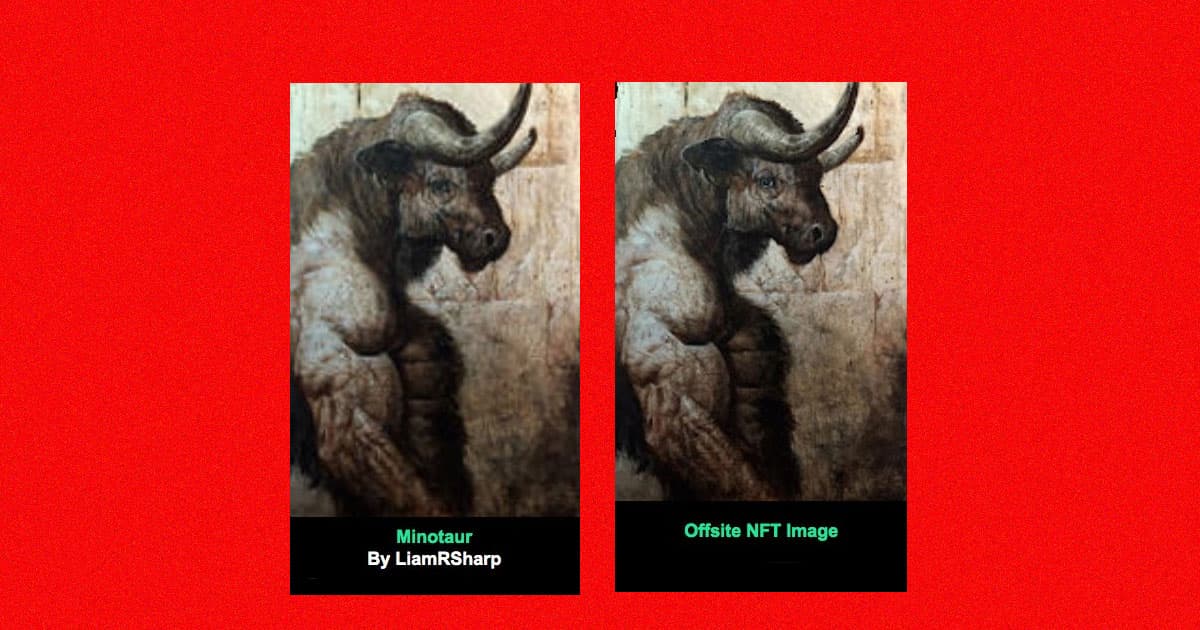 NFT theft is a huge problem.

NFT theft is a huge problem.

Comic artist Liam Sharp, who has worked for the likes of DC Comics, is sick and tired of having his work stolen. Sharp decided to shut down his gallery on DeviantArt, a massive online art community, because "people keep stealing my art and making NFTs," he announced in a tweet.

It's a huge problem that isn't talked about much: many NFTs circulating online are the result of copyright theft. And that's despite the fact that DeviantArt is working with NFT exchange OpenSea to develop an alert system to stop this kind of thing from happening.

"Can't — and shouldn't have to — report each one and make a case, which is consistently ignored," Sharp wrote in the tweet. "Sad and frustrating,"

Race to the Bottom

Even late comic book legend Stan Lee has gotten sucked into the NFT craze — and from beyond the grave. His official Twitter account was being used to sell an NFT in the form of an image of the superhero Chakra The Invincible last week. Remember, he passed away back in 2018.

In short, NFTs aren't necessarily the answer to artists and creators looking to be fairly compensated or even just recognized for their hard work.

Not only are NFTs being created from copyrighted material, but they remain to be a risky investment. The NFT marketplace is still riddled with scams that leave thousands of crypto enthusiasts out in the cold.

Despite the risks, the tokens are more popular than ever before, with the likes of Nike and Melania Trump jumping on the bandwagon.

And that could bode badly for artists trying to make a living from their art.

More on NFTs: Nike Buys NFT Company that Made the Elon Musk “Cybersneaker”