An Overview of the Strangest Alien Worlds 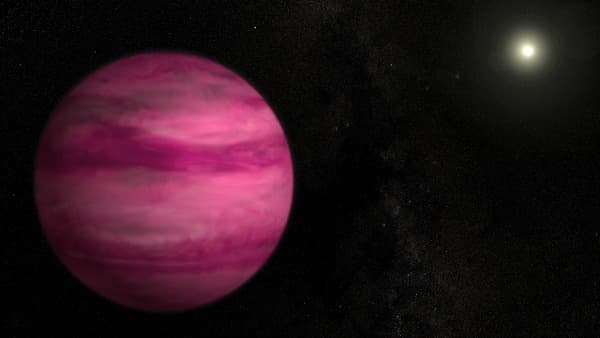 NASA's Kepler Space Telescope was launched March 7, 2009. During its long life, it has opened up worlds of possibilities (quite literally). Its mission is to find exoplanets (planets that orbit in solar systems that are not our own). Over the course of its mission, it has uncovered a plethora of strange worlds, many of which are odder than what the greatest minds in science fiction ever dreamed of.

In 2001, the Hubble Space Telescope was directed towards a star in Pegasus, and a wobble was discovered. This observation led to the discovery of HD209458 B—Osiris, the planet that is fittingly named after the Egyptian god of the dead (because that’s what you’d be if you ever visited it). A mere 4 million miles (6.4 million km) from the blazing solar surface, Osiris has an orbital period of just 3.5 Earth days. Carbon and oxygen that surrounds this planet reaches 17,500°F (almost 10,000°C). It's a little on the warm side.

NASA scientists have discovered a gas giant planet that is around four times the size of Jupiter. It is a relatively close neighbor, just 57 light-years away from Earth. This planet, GJ 504, is also pink. If we could travel to this giant planet, we would see a world still burning with the heat of its formation, shining with a color reminiscent of a dark cherry blossom. It is also extremely distant from its host star. The planet is around 43.5 AU from its primary, around nine times the distance between Jupiter and our Sun.

The Planet With Burning Ice

Meet Gliese 436 b. The planet is similar in size to Neptune, but it is too compact to be composed largely of hydrogen (like typical gas-giants); however, it's also not compact enough to be considered a “super-Earth” (a large rocky world). Therefore, astronomers believe the planet may host a large concentration of an exotic form of hot water-ice (now dubbed “Ice-x”). The water substance can remain solid despite the blisteringly hot temperatures experienced there. You read that right, there is water existing as a solid at temperatures exceeding 700°F (400°C).

The Planet with 4 Suns

This amazingly alien world, dubbed PH1, has a radius larger than 6 Earth-sized worlds; however, it's only five times more massive than Earth. Yet, it is not this feature that makes it so extraordinary. You see, this exoplanet orbits not one, two, or even three stars, but four of them! It takes 138 days to complete a single orbit around its two "primary" parent stars (one is about 1.5 times larger than the Sun, while the other is about 0.41% more massive). The two stars are in a tight orbit that sees them make one full circle around each other every 20 days!

You might not be able to see it based on the image alone, but this planet, dubbed GU Psc A, has one of the longest orbital periods of any planet ever found to date. How long? Well, this world is so distant it would take 80,000 years for the planet to complete one full orbit around its parent star. The planet lies some 185.9 billion mines (299 billion km) from the star, or about 2,000 times farther than the distance between Earth and the Sun.

The World of Diamonds

WASP-12b is a exoplanet located in the Auriga constellation that's known for two things, but the most important is this: several characteristics seem to indicate that diamond could be as common on WASP-12 b as limestone is on Earth. So if Earth is "the blue planet," you might call this one "the bling planet." If we lived there, instead of diamond, maybe shale or some other material would be known as a precious stone.

In 2010, HIP 13044 was a cosmic first: the only planet found within the confines of the Milky Way that didn't originate in our galaxy. Instead, it was believed that it once inhabited a neighboring dwarf galaxy of the Milky Way. It didn't get integrated into ours until its dying parent star—a member of an old globular cluster of stars, called the Helmi stream—was absorbed by the Milky Way (some 6 to 9  billion years ago). All exoplanets might be (metaphorically) out of this world, but not all of them are out of this galaxy.

However, in a paper published in 2014 that included a reanalysis of RV data (using improved methods of planet detection), scientists retracted the planet's status. So although the star is, indeed, extragalactic in origin, the evidence supporting a planet that orbits this star is lacking. Still, it does open the possibility for a number of potential extragalactic worlds. (Thanks to individuals in the From Quarks to Quasars Community for bringing the 2014 update to our attention.)

Read This Next
Absolute Unit
Scientists Discover Gigantic New World that Defies Previous Planetary Understanding
So Close But So Far
Astronomers May Have Spotted a New Planet Around the Nearest Star
Against All Odds
If the Readings Are Right, There's Something Very Strange About This Exoplanet
Snap
Scientists Just Took an Actual Picture of a Planet in Another Star System
A Bit On the Nose
An Earth-Sized Planet Is Floating Around Without a Star
More on Hard Science
Having a Blast
Jan 18 on the byte
New Study Shows Where You Should Hide to Survive a Nuclear Attack
Offworld Amino
Jan 15 on the byte
Scientists Find Building Blocks of Life in Meteor That Smashed Into Family's Driveway
Triple Threat
Jan 4 on the byte
Traveling Faster Than Light Would Mean Experiencing Multiple Timelines Simultaneously
READ MORE STORIES ABOUT / Hard Science
Keep up.
Subscribe to our daily newsletter to keep in touch with the subjects shaping our future.
+Social+Newsletter
TopicsAbout UsContact Us
Copyright ©, Camden Media Inc All Rights Reserved. See our User Agreement, Privacy Policy and Data Use Policy. The material on this site may not be reproduced, distributed, transmitted, cached or otherwise used, except with prior written permission of Futurism. Articles may contain affiliate links which enable us to share in the revenue of any purchases made.
Fonts by Typekit and Monotype.