"He got the priorities messed up. It's supposed to be patients first." 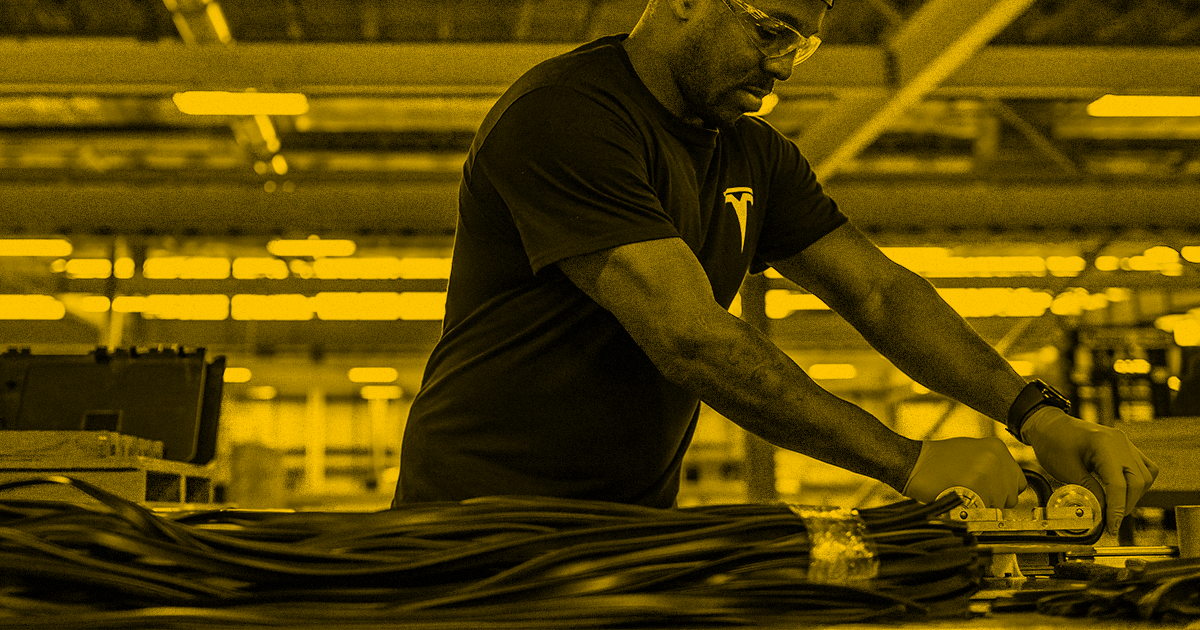 Image by Image via Tesla

Tesla's on-site clinic, Access Omnicare, has allegedly been downplaying workers' injuries to keep the electric automaker off the hook for workers' compensation.

Several former Tesla employees, all of whom got hurt on the job, and former employees of Access Omnicare, told Reveal News that the clinic was minimizing worker injuries so that the automaker wouldn't have to pay workers' comp — suggesting that the barely-profitable car company is willing to do whatever it takes to stay out of the red and avoid negative press.

Reveal, which is a project by the Center for Investigative Reporting, described cases in which employees suffered electrocution, broken bones, and mold-related rashes while working in a Tesla factory — only for Omnicare to deny that the injuries warranted time off work.

The clinic's top doctor "wanted to make certain that we were doing what Tesla wanted so badly," former Omnicare operations manager Yvette Bonnet told Reveal. "He got the priorities messed up. It’s supposed to be patients first."

Meanwhile, employees who requested the paperwork to file for workers' comp were repeatedly ignored, according to Reveal.

"I just knew after the third or fourth time that they weren’t going to do anything about it," a former employee whose back was crushed under a falling Model X hatchback told Reveal. "I was very frustrated. I was upset."

The automaker is on the hook for up to $750,000 in medical payments per workers' comp claim, according to Reveal's reporting.

Meanwhile, both Tesla CEO Elon Musk and Laurie Shelby, the company's VP of safety, have publicly praised Access Omnicare, Reveal found. Musk even recently announced plans to extend it to other plants, "so that we have really immediate first-class health care available right on the spot when people need it."

READ MORE: How Tesla and its doctor made sure injured employees didn’t get workers’ comp [Reveal News]

Image by Image via Tesla