Doctors Link Parkinson's to a Hormone in Your Gut

They say the discovery could lead to new treatments for Parkinson's. 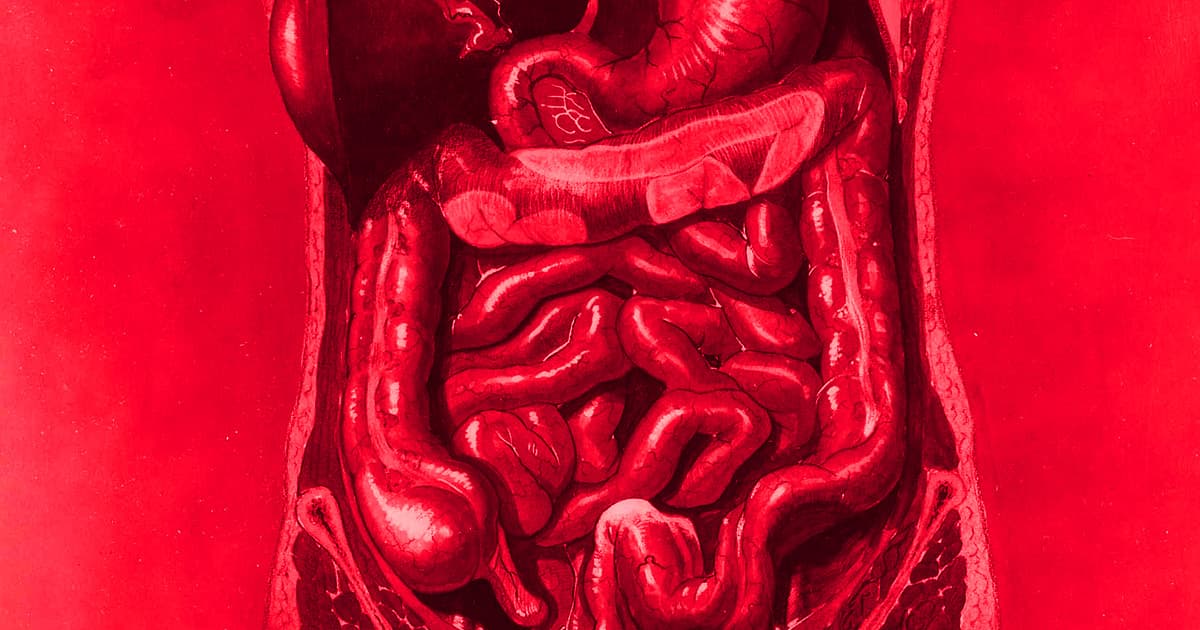 Image by National Museum of Health and Medicine
Neuroscience/Brain Science

It turns out that a hormone in our guts called ghrelin plays a huge role in shaping our brain's development — and doctors think it could be the key to new treatments for Parkinson's Disease.

A specific form of ghrelin — the same gut hormone that makes you feel hungry  — can also block the formation of new nerve cells, according to research published Tuesday in the journal Cell Reports Medicine. It all comes down to whether there's more of acyl-ghrelin (AG) or unacylated-ghrelin (UAG), which is the same save for a couple missing atoms. While AG is known to promote brain cell formation, the new research establishes that UAG appears to do the opposite.

The team of scientists from the U.K. and Australia found a high ratio of UAG to AG in blood samples from Parkinson's Disease patients experiencing dementia, which suggests that the hormone is likely part of the problem. Thankfully, the scientists say, the discovery could help them develop new treatments for Parkinson's.

"Our work highlights the crucial role of ghrelin as a regulator of new nerve cells in the adult brain, and the damaging effect of the UAG form specifically," lead researcher Jeffrey Davies, a molecular neurobiologist at Swansea University, said in a press release. "This hormone represents an important target for new drug research, which could lead ultimately to better treatment for people with Parkinson's."

The actual work on a treatment, however, has some way to go. While the team verified the high ratio of UAG to AG in human Parkinson's patients, their attempts to correct that imbalance was all done on lab mice, so scientists will need to actually test on humans before the research is clinically relevant.

But that said, the discovery itself could help doctors better aid their Parkinson's patients.

"Our findings show that the AG:UAG ratio could also serve as a biomarker, allowing earlier identification of dementia in people with Parkinson's disease," Davies added.

More on Parkinson's: Replacing Cells in the Human Brain Could Bring an End to Parkinson's Disease

Image by National Museum of Health and Medicine