Cell replacement therapy may be the solution we've long dreamed of. 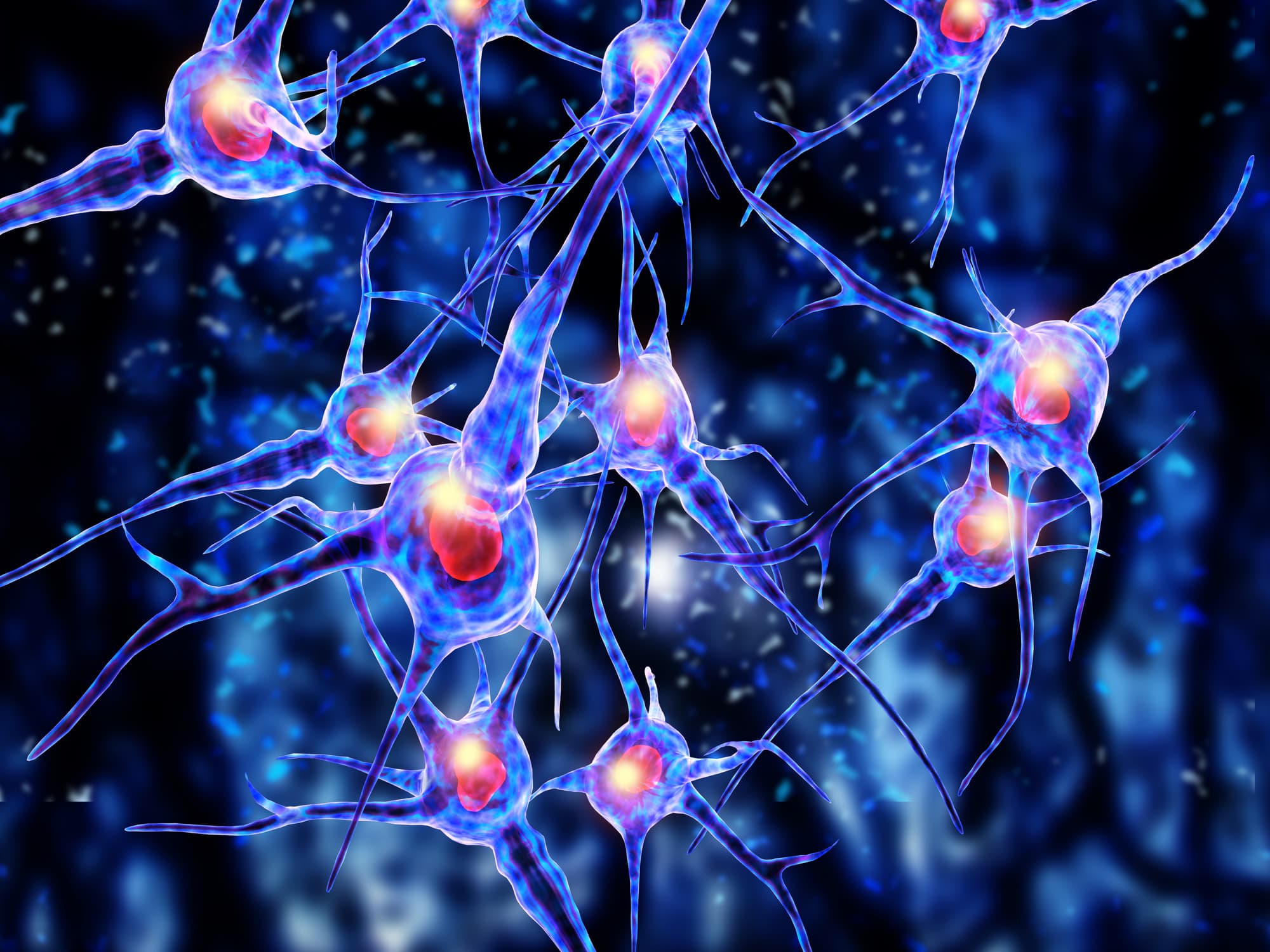 The following was written with Prof. Gerold Riempp, a professor of information systems who was diagnosed with Parkinson’s disease 16 years ago at age 36. He is co-founder of a charitable organization in Germany that supports the development of therapies that aim to cure PD.

The idea behind cell replacement therapy(CRT) for PD is pretty simple: lack of mobility in PD is the result of the dysfunction and death of a specific kind of cell in the midbrain. While there are a few other things that go wrong in PD, the progressive loss of motor skills is the biggest problem most diagnosed face. Since we are reasonably sure that this lack of mobility results from the impairment and death of dopamine producing cells in an area of the midbrain called the substantia nigra, why not try to replace those cells?

Replacing those cells is one of three core problems that each person diagnosed with PD needs to address. They are:

1. Keeping remaining cells healthy
Once diagnosed, most people have already lost production of 50-80% of dopamine in their midbrain. The problem then is to stop further disease progression by figuring out how to get rid of everything that might be harming the remaining 20-50% of cells while giving their body everything it needs to keep those cells alive and active.

2. Clearing clogged cells
Of those 50-80% of non-dopamine producing cells, a portion are still alive, they are just not doing their job, producing dopamine. This impairment is a result of a range of interrelated factors that harm the cells and eventually lead to their death. Most researchers believe the problem can be boiled down to the clumping of a misfolded protein called alpha-synuclein. Many different methods are being tried in labs around the world to clear these clumps and stop more from accumulating. But this might only be part of the story since a wide variety of other factors also lead to cell death.

3. Replacing dead cells
Then we come to what to do about all of those dead cells. A couple of different options are being considered to get the brain to stimulate the production of new neurons or replace the function of dead ones. However, the most promising therapy being developed is stem cell therapy, now commonly referred to as cell replacement therapy. It works by placing new dopamine producing neurons into the part of the brain where the dead neurons used to release dopamine.

If a patient manages to address problems one and two they might have no need for CRT. The reason for this is that he or she can likely rescue a considerable portion of the damaged but still living cells and thereby bring dopamine production back to a level that allows for normal movement. CRT will generally be for people who have had PD for a longer time and whose remaining healthy cells plus the rescued ones together are not capable of providing enough dopamine.

The late 80’s and 90’s saw a number of CRT trials for Parkinson’s disease with mixed results. But we now have a much better understanding of what kind of cells to use, how to culture and store those cells, how to implant them, and who this therapy would be best for.

We also now have iPS cells (induced pluripotent stem cells). Discovered in 2006, these are cells that have been chemically reprogrammed, usually from adult skin tissue, back into pluripotent stem cells. (Pluripotent means they are capable of becoming almost any cell in the body). Using these cells for transplantation has two major advantages. One, it eliminates the need for potentially harmful immuno-suppressors. Two, it has none of the ethical issues that come with using fetal stem cells. But iPS cells are much more expensive and technically difficult to produce.

Despite all the progress made, cell replacement therapy is still very controversial and fraught with all sorts of technical issues. Luckily, CRT for PD is one of the only fields of medical science where the top labs around the world are cooperating with each other. An international consortium of labs has come together under a name that sounds like it was ripped out of a Marvel comic, the GForce-PD. Each lab in the GForce-PD aims to bring CRT for PD to clinical trial within the next few years.

New York City – Run by Dr. Lorenz Studer out of the Rockefeller research labs in New York City. Dr. Studer pioneered many of the reprogramming techniques being used around the world to convert pluripotent stem cells into dopamine producing neurons. His lab was recently announced to be part of a huge funding initiative from Bayer Pharmaceuticals to help speed up development of CRT. Studer’s lab is aiming to start transplantation of embryonic stem cells in human trials in early 2018.

Kyoto, Japan – Dr. Jun Takahashi’s lab in Kyoto is working on producing several iPS lines for the Japanese population. One advantage they have is the relative homogeneity of Japanese people allows them to use a dozen or so iPS lines for almost everyone in the country. The lab recently made headlines with results from monkey trials that showed human iPS cells graft safely, with no signs of malignant growth, two years after transplantation.

Cambridge, England – Dr. Roger Barker’s lab has been working on cell replacement therapy for Parkinson’s disease for a number of years through the Transeuro project. His lab is pushing forward with more embryonic stem cell transplantations expected to begin in 2020. They also work very closely with the team in Sweden.

Lund, Sweden –  The lab in Lund has been working on CRT for PD since the 80’s and has been part of a number of human trials. The lab is now run by Dr. Malin Parmar whose team has also pioneered many of the techniques used in direct programming that will one day allow researchers to skip the stem cell phase all together and produce dopamine cells directly in the brain.

San Diego, California – The team is moving rapidly towards iPS cell transplantation under Dr. Jeanne Loring at the Scripps research center. They are the only lab that uses patient’s own cells for transplantation. Another unique feature of this lab is that it has been a community funded initiative under the Summit For Stem Cells foundation.

Though there is a lot of excitement building around cell replacement therapy, we need to proceed carefully. The field has potential for setbacks from some of the less rigorous trials being conducted in places like Australia and China where regulatory standards are more lax. Researchers in these areas are already going ahead with trials that do not meet the standards set by the GForce-PD. These have the potential to put a black-eye on all cell replacement therapies.

Also, producing pure batches of dopamine neurons is still a highly technical process that only a few labs in the world are capable of doing safely and effectively. Thankfully a few other labs around the world are joining the efforts of the GForce-PD, such as Dr. Tilo Kunath’s lab in Edinburgh, which is working on techniques to better differentiate and characterize the cell lines used for transplantation.

The Future of Cell Replacement Therapy

Version 3.0 will make use of an emerging field called in vivo direct programming where viruses are inserted into the brain and transform other existing cells into dopamine producing cells.

CRT for PD is one of the most exciting areas of research on the planet. It is a powerful demonstration of the progress we as a species have made in our attempt to gain mastery over the forces of biology. It has the potential to improve the lives of the millions living with PD, and the millions yet to be diagnosed. Once the transplanted cells have connected with their surroundings and start delivering dopamine to the right places, it should allow patients to gradually reduce their medication. Being able to move normally and not deal with the side effects of all the drugs and other therapies is what PD patients around the world are dreaming of.

Click here for more information on the future of cell replacement therapy for Parkinson’s disease and the work of the GForce-PD.

And if you want to be part of bringing CRT to the clinic you can do so by supporting organizations like Summit For Stem Cells.