"If you have a belief system that says an emergent scientific truth is not true, you should just give up." 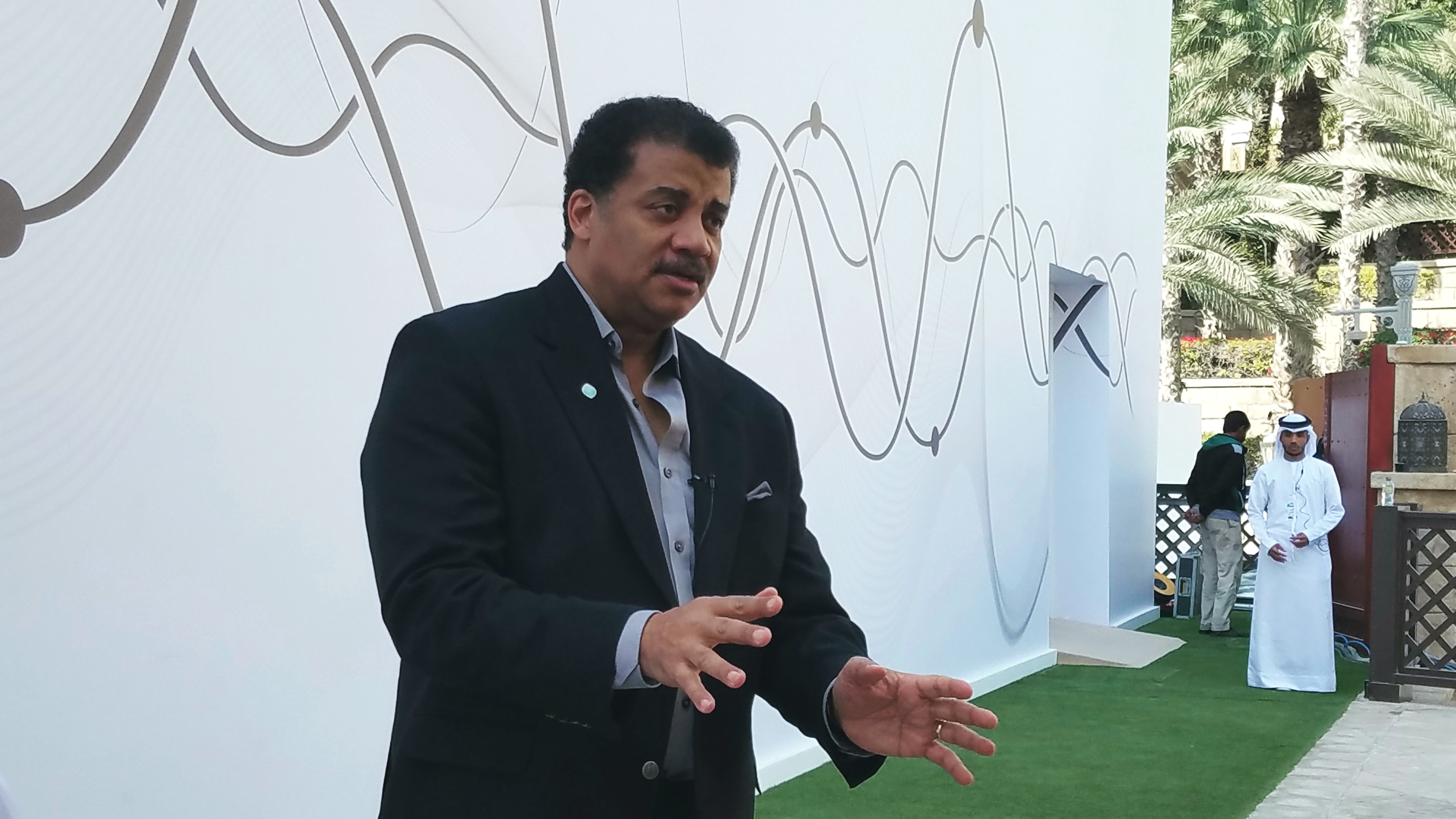 It’s no secret that Neil deGrasse Tyson has strong feelings when it comes to the intersection of science and belief. Science, he says, is objective. It’s not something that you believe or do not believe; it’s something that you accept or don’t accept. It remains true regardless of your personal beliefs.

At the opening day of the World Government Summit, which took place this weekend in Dubai, Tyson spoke with Futurism about the current state of our world, why some nations refuse to accept science, and the dire consequences we’ll face if those nations continue to reject the truths science reveals.

When asked about how governments around the world are doing in terms of science, whether they are doing right by their citizens and supporting a sound science education, Tyson said the state of affairs is, sadly, “highly unequal.” He continued by noting that, globally, how much investment there is in science and technology varies according to how much available funds a nation has.

“I think it may be considered a luxury to fund scientific research if it’s not completely obvious how that research will help you,” he told Futurism. Though, as he went on to point out, it’s exactly that kind of inquiry — knowledge for the sake of knowledge — that makes scientific advancement possible. Oftentimes, advances come because of random happenstance.

He’s right: from lasers to electricity to X-rays, scientific developments aren’t always the result of someone knowing exactly what it is they are doing. That often comes far, far later. To that end, Tyson noted that it is important for nations to invest heavily in science whenever and wherever they can, as it always pays in the longrun.

“You cannot care about an economy and not simultaneously take investments in STEM fields very seriously.”

“Innovations in science and technology, we’ve known forever, are the engines of tomorrow’s economy,” Tyson said. “You cannot care about an economy and not simultaneously take investments in STEM fields very seriously.”

The conversation then turned to the situation in the U.S., where the current (and often controversial) sociopolitical climate is having a demonstrable influence on the ability of scientists to make progress in their research.

“One of the problems — I know the United Stated the best — is that most of our government, most of our elective government, stands for reelection every two years,” Tyson said. “So, if there are people coming in that don’t know science or appreciate it or understand it, then we are susceptible to having them cancel a project that might need a ten-year horizon or a twenty-year horizon to bear fruit.”

This, he noted, is obviously a less than ideal situation. To that end, he suggested that, perhaps, nations should have a dedicated budget set aside for research and development — a dedicated budget that is not subject to the whims of each new politician.

When discussing how nations can overcome the hurdle that exists where personal or cultural beliefs meet science — as happens when talking about gene editing, evolution, and a host of other topics — Tyson took a strong stance.

“It’s only a hurdle if your belief system is in denial of objective reality,” he said. “If you have a belief system that wants to say that something that an emergent scientific truth has established is somehow not true, then you should just give up at that point….if you cannot simultaneously allow both to co-exist, and one has to fight the other, you will have problems.”

Fortunately, there are alternatives to giving up. What has happened in the past is belief systems have adapted.

It is easy to see this throughout our history books. Religion used to say Earth was the center of the universe. Religion used to say that evolution was a myth. Some religious individuals may still cling to these beliefs, but many do not. The solution, it seems, is to simply wait for people to accept the objective reality that is presented to them — to let it speak for itself.

True, at times, it seems like deeply ingrained belief systems that contradict or deny scientific fact are unmovable pillars of life in the United States; stumbling blocks to progress that we simply have to put up with. Still, significant progress is being made around the world by countries willing to make a change. Though some may scream “communism,” India and Scotland are experimenting with a basic income. Sweden has taken powerful steps toward becoming carbon neutral, despite the fact that some think climate change is “fake news.” And advances are being made in embryonic stem cells, though they remain controversial.

As Tyson so eloquently explained, humanity is fully capable of shifting its paradigm. The evidence exists throughout history, and in modern times, we just need to remind ourselves that our beliefs can be molded to facts — not just the other way around. Sometimes, it just requires waiting.

When asked if he was hopeful about the future and government’s ability (or willingness) to change its tune, Tyson laughed. “I’m neutral,” he said, but quickly added, “I see some successes and some reverses on successes. I think there are enough countries that recognize that science matters that are up-and-coming that they might be the shining example for other countries that are still trying to debate it — and that’s always a good sign.”

Read This Next
Tyson Foods
Neil deGrasse Tyson Sucked Into Feud With Processed Meat Brand (Again)
Futurism
Physicist Michio Kaku Has Some Powerful Predictions for the Future
Futurism
For Small Businesses, the Future Is Fading Fast
Futurism
Today, Michio Kaku Described What Life Will Look Like in Twenty Years
Futurism
Watch: Neil deGrasse Tyson Has a Critically Important Message for Americans
More on Future Society
Hot Tip
Yesterday on the byte
Tesla Driver Briefly Trapped in Burning Car, Kicks Out Window
McBig Bucks
Yesterday on the byte
Kid Steals Phone, Orders 31 Cheeseburgers, Leaves Huge Tip
Mirror, Mirror
May 21 on the byte
Scientists Say There May Be a “Mirror World” to Our Own
READ MORE STORIES ABOUT / Future Society
Keep up.
Subscribe to our daily newsletter to keep in touch with the subjects shaping our future.
+Social+Newsletter
TopicsAbout UsContact Us
Copyright ©, Camden Media Inc All Rights Reserved. See our User Agreement, Privacy Policy and Data Use Policy. The material on this site may not be reproduced, distributed, transmitted, cached or otherwise used, except with prior written permission of Futurism. Fonts by Typekit and Monotype.