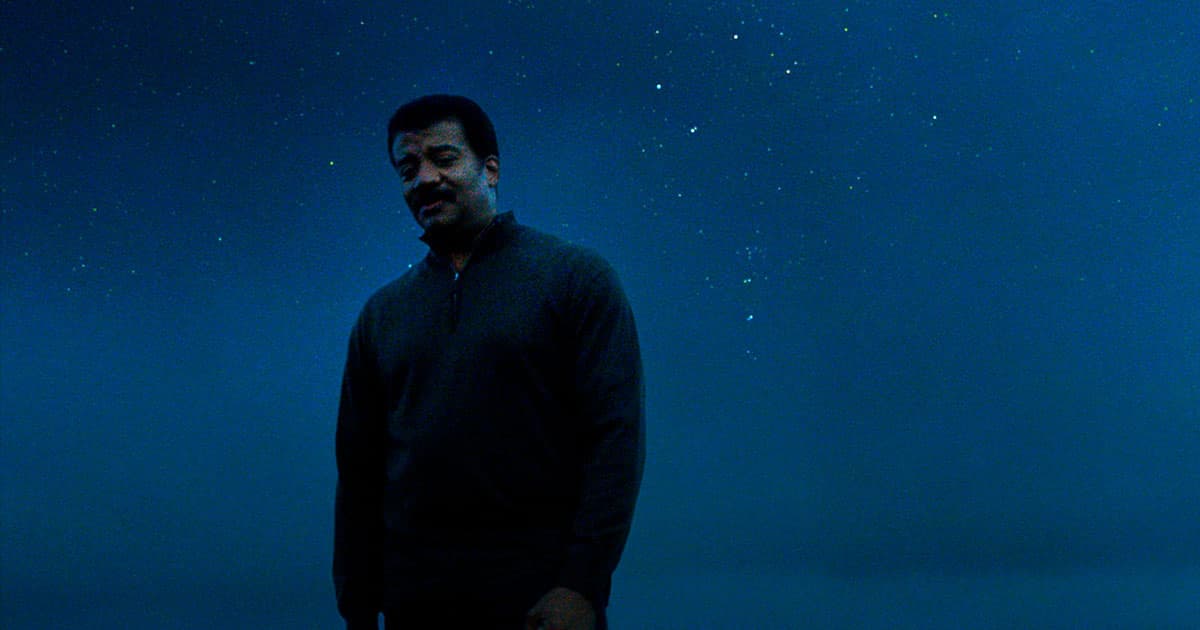 Has anyone checked on Neil deGrasse Tyson? He might be going through something right now.

The famed astrophysicist and science popularizer took to Twitter on Wednesday to post a weird, uh, potential cry for help.

"In a mirror, you can kiss yourself only on the lips," Tyson tweeted.

Sure, this might seem like a typical NDT showerthoughts-type post. However, one Twitter user dug deeper and found that he seems to have tweeted variations of this same message a lot throughout the years.

Where we going with this? pic.twitter.com/8hUaBjme8Z

It’s honestly a really weird and sad message to keep tweeting over and over. Sure, maybe he just forgot he tweeted it before — but this is a man famous for his intellect and recall.

Regardless, it’s yet another unfortunate example of just how off-putting NDT — who faced sexual harassment allegations in 2018 — has been in recent years. This is a man who enjoys ruining movies with fAcTs AnD lOgIc, after all. He’s also been known to get into very public feuds with at least one microwavable meat brand.

Then again, he’s a self-absorbed dude who got famous for how smart he is. Maybe it makes sense he’d be tweeting about kissing himself in the mirror.

Rough
Elon Musk's Twitter Is Reportedly Failing Miserably to Contain Horrific Child Abuse Content
Yesterday
Read More
I Silence Thee
Leaked Messages Seem to Show Elon Musk Using Twitter to Punish His Enemies
Jan 28
Read More
Bot Rush
An Overwhelming Number of Porn Bot Accounts "Drowned Out" Chinese Protest Content on Twitter
12. 21. 22
Read More
+Social+Newsletter
TopicsAbout UsContact Us
Copyright ©, Camden Media Inc All Rights Reserved. See our User Agreement, Privacy Policy and Data Use Policy. The material on this site may not be reproduced, distributed, transmitted, cached or otherwise used, except with prior written permission of Futurism. Articles may contain affiliate links which enable us to share in the revenue of any purchases made.
Fonts by Typekit and Monotype.