“These are the most important words I have ever spoken.” 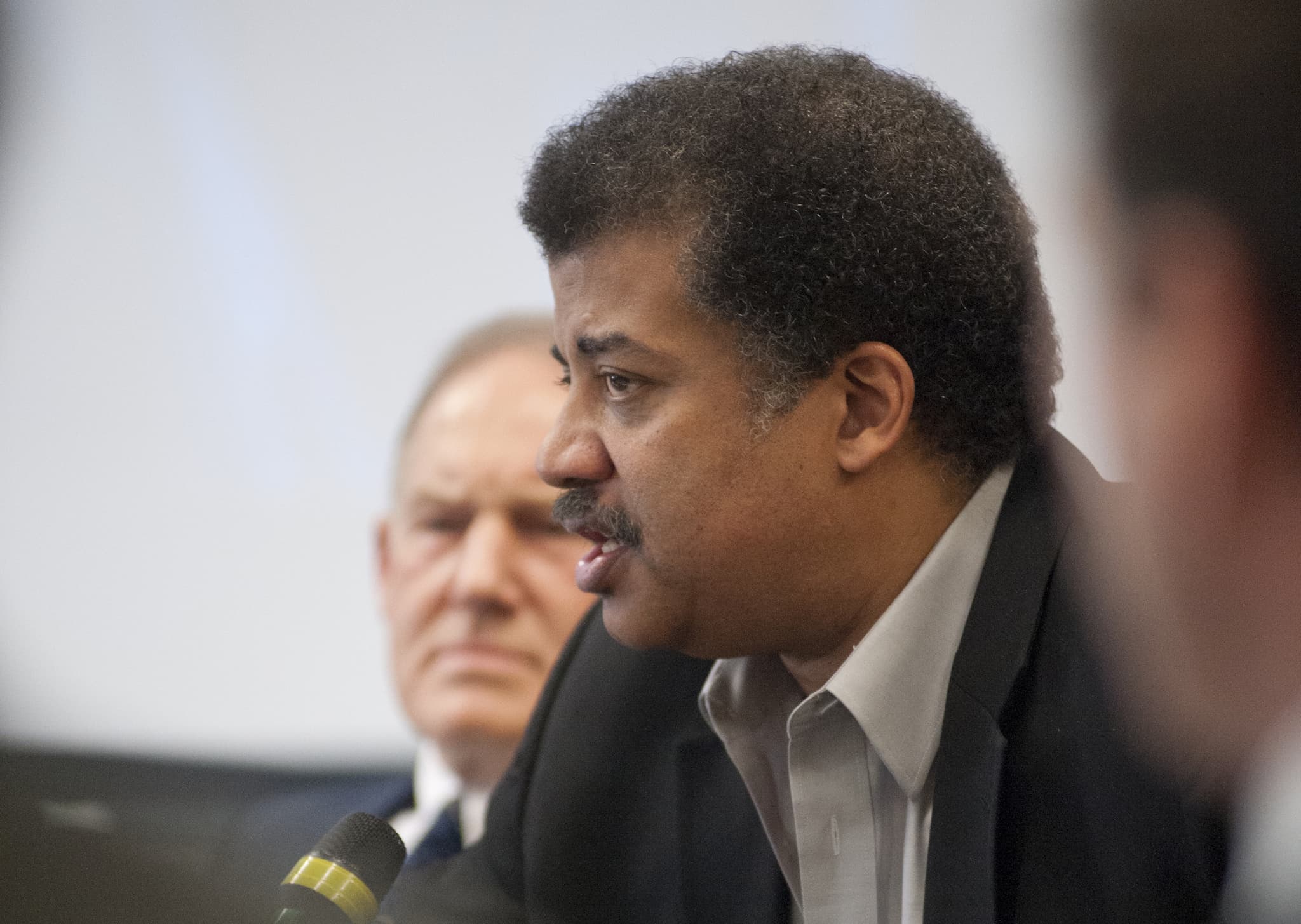 In a Facebook post on April 19, Neil deGrasse Tyson commanded the attention of his followers: “Dear Facebook Universe, I offer this four-minute video on 'Science in America' containing what may be the most important words I have ever spoken.”

He starts the clip by reminding us that the United States was an underdog, an upstart that achieved something amazing, transforming itself from a “backwoods country” into “one of the greatest nations the world has ever known,” thanks to science and an unwavering trust in its pursuit. That's how we traveled to the Moon and got online, and it has always been a fundamental element of what America was — until now.

A disturbing trend has gripped our nation in the 21st century, a time when people need science and a rigorous method for testing truth more than ever: “People have lost the ability to judge what is true and what is not,” he said. “It's not something to say 'I choose not to believe E = mc^2.' You don't have that option.”

Tyson highlights issues that have somehow become highly controversial despite overwhelming scientific evidence that should stamp out any such dispute: human-caused climate change, evolution, and vaccinations, for example.

He then points out that some of the people who both understand science the least and deny it the most now hold the most power in our society, and he calls this catastrophically dangerous situation out: “That is a recipe for the complete dismantling of our informed democracy.”

Scientific Literacy on the Brink

Emergent scientific truths don't care about your opinions; they are true regardless of your beliefs about them. “And the sooner you understand that, the faster we can get on with the political conversations about how to solve the problems that face us,” said Tyson in the video.

That is why scientific literacy is more important than ever in this age of lightning-speed innovation. Each moment of science denial only delays the potential solution. The end result is the same problems, worsened by neglect and ignorance. Tyson wants citizen-voters to understand how science works so we can make more informed decisions. As Tyson asserts, we are the only ones who can: “It's in our hands.”

Read This Next
Tyson Foods
Neil deGrasse Tyson Sucked Into Feud With Processed Meat Brand (Again)
When it Melts, it Floods
Why Sea Levels Along The US East Coast Are Rising at Different Rates
Futurism
A Crypto-Trading, Floating Island Nation Promises Utopia, If It Happens
Futurism
Predators That Used To Be Threatened Are Expanding Back Into Their Old Habitats
Futurism
To Protect Endangered Coral Reefs, Researchers Need Legal Recourse
More on Future Society
Musk Rats
Yesterday on the byte
Twitter Is Quietly Re-Suspending the Lunatics Elon Musk Let Back On
Going Wireless
Wednesday on futurism
Hackers Took Over a Subdomain of Wired.com for Several Months and Replaced It With Sleazy Online Casino Content
Spreadsheet Guy
Tuesday on the byte
Sam Bankman-Fried Posts Excel Docs That He Says Shows Nothing Was His Fault
READ MORE STORIES ABOUT / Future Society
Keep up.
Subscribe to our daily newsletter to keep in touch with the subjects shaping our future.
+Social+Newsletter
TopicsAbout UsContact Us
Copyright ©, Camden Media Inc All Rights Reserved. See our User Agreement, Privacy Policy and Data Use Policy. The material on this site may not be reproduced, distributed, transmitted, cached or otherwise used, except with prior written permission of Futurism. Articles may contain affiliate links which enable us to share in the revenue of any purchases made.
Fonts by Typekit and Monotype.