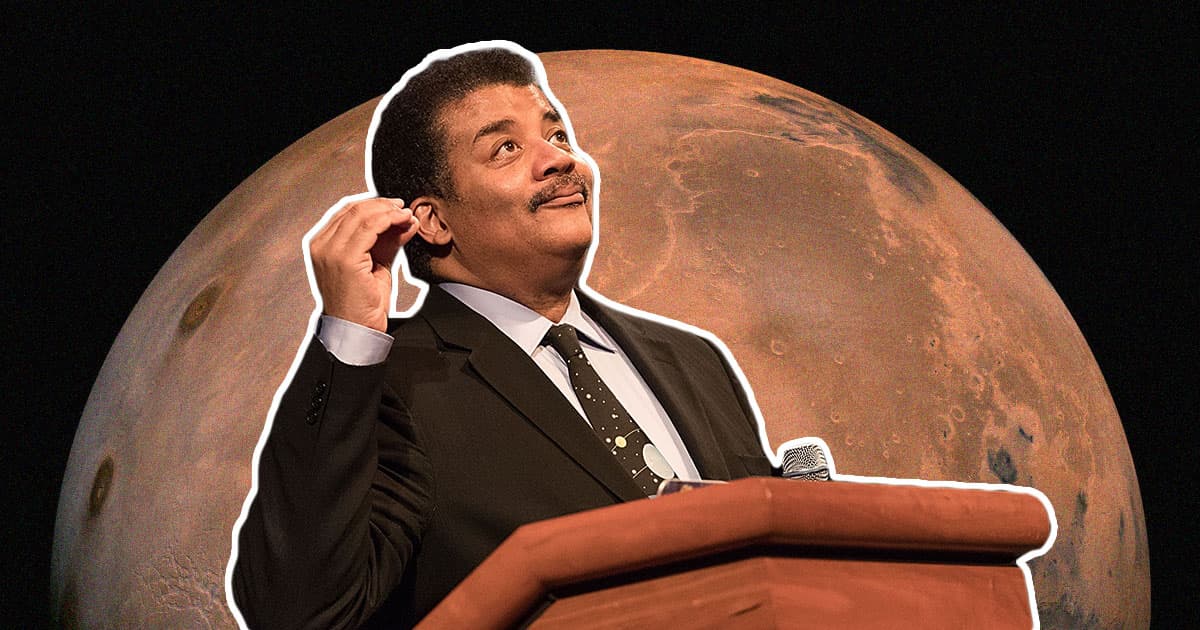 Elon Musk's Martian dreams may have to contend with a harsh reality put forth by the famously dream-crushing astrophysicist Neil DeGrasse Tyson.

After Musk tweeted that "humanity will reach Mars in your lifetime" and waxed prolific on his pipe dream during a Saturday speech, Tyson took to CNN to set the record straight about the logistics of life on Mars.

"We are already on Mars with rovers," the Museum of Natural History astronomer told the news network. "Many generations of rover."

It's that robotic presence that provided Earthlings with the knowledge of Mars' harsh, arid, and frigid climate — an environment that would be, as Tyson has pointed out in the past, really unpleasant to live with.

"Antarctica is balmier and wetter than any place on Mars," he quipped, "and nobody is lining up to build condos in Antarctica."

If the SpaceX and Tesla CEO is seriously proposing a Mars terraforming project — which, it should be noted, would cost an unimaginable sum of billions or trillions of dollars once that technology actually exists — then Tyson said he's "all in."

But for the time being, he has a point that humans are still "victims of our own nature" on Earth, considering the way natural disasters like hurricanes, tornadoes, and earthquakes continually devastate us.

Terraforming, Tyson continued, is "to control the forces of your planet in a way so that they do what you want them to do, and we're not really there yet."

"I'm all for the ambition of wanting to colonize Mars," he concluded, "I just think it's not as close in time as people are imagining."

He may be an alleged abuser and an insufferable know-it-all, but in certain cases such as this one, you really do have to hand it to him.