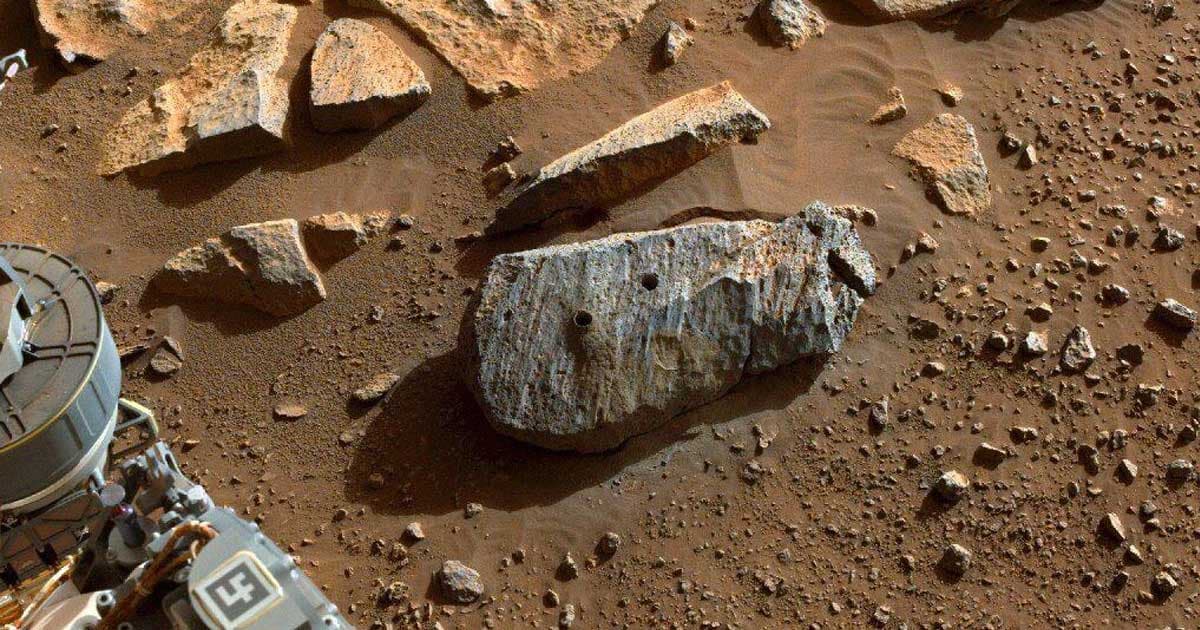 If you're worried about NASA's plan to bring Mars rocks back to Earth to study them, you probably don't need to be.

In interviews with The Philadelphia Inquirer, scientists maintained that there's very little risk involved in bringing samples from Mars back home.

As Rutgers' Nathan Yee, a former NASA official who teaches astrobiology, reminded the Inquirer, Mars rocks have already fallen to Earth in the form of meteorites "without any adverse effects to our biosphere."

Yee noted that because Mars' current atmosphere is very inhospitable to life as we know it — not to mention that it lacks a magnetic field to deflect solar radiation, and is therefore bombarded constantly with harsh rays — it would be hard enough for life to survive on the red planet, much less make it alive to Earth.

"There has to be a long, long time of evolution for microbes to learn how to interact and attach onto animal cells, enter animal cells, and use the machinery of an animal cell to replicate," he told the newspaper. "That’s a very complex choreographed dance."

NASA itself has repeatedly reiterated that the Mars Sample Return Mission, which it's undertaking in tandem with the European Space Agency, is safe and that there is a "low likelihood of risk" given Mars' arid, UV-blasted climate.

Nevertheless, at least one ex-government official is hellbent on highlighting what he considers the safety concerns of the mission.

"We won’t know if it’s sterile or not," retired Federal Aviation Administration and Mars aficionado Thomas Dehel told the Inquirer of the samples. "We should know if we bring something back to Earth whether it’s sterile or not, to do some sort of crude test up front to see if there’s any kind of biological life."

Dehel, who runs a blog criticizing NASA and some news outlets for purportedly "covering up" Mars sample safety concerns, posited that a good way to figure out whether the rock samples contain lethal or dangerous pathogens would be to test them remotely on the International Space Station.

NASA, however, shot down that concept because, as the agency told the newspaper, the ISS doesn't have equipment sensitive enough to glean all necessary info from the Martian rock samples.

While Rutgers' Yee is not himself concerned about some sort of deadly pathogen from Mars running rampant from space rocks brought to Earth, he is curious to see what NASA will do if, as he told the Inquirer, the samples turn up "remnants of past life."

On our end, we'll definitely be watching closely, popcorn at hand.

READ MORE: NASA says its plan to bring Mars samples back to Earth is safe, but some people are worried [The Philadelphia Inquirer]

Read This Next
Martian Oases
Scientist Proposes Growing a Forest Inside a Bubble on Mars
Putting Things In Perspective
Amazing Artemis Photo Shows Every Human, Alive or Dead, Plus the Moon
Fighting Words
Retired NASA Astronaut Scott Kelly Dishes on Ukraine, Russia, and Moon Mission
Psychological Warfare
Experts Excoriate NASA Report Claiming James Webb Wasn't Homophobic
Big Impact
Meteorite Hit Mars So Hard NASA Thought It Was a Quake
More on Off World
Wrong Rocket
Yesterday on the byte
Space Tourism Company's Website Accidentally Shows Photo of Rocket Exploding
SpaceX Spies
Yesterday on the byte
SpaceX Unveils Military Satellite Called Starshield
I Don't Like This...
Tuesday on the byte
Fun Website Lets You Simulate an Asteroid Impact in Your Hometown
READ MORE STORIES ABOUT / Off World
Keep up.
Subscribe to our daily newsletter to keep in touch with the subjects shaping our future.
+Social+Newsletter
TopicsAbout UsContact Us
Copyright ©, Camden Media Inc All Rights Reserved. See our User Agreement, Privacy Policy and Data Use Policy. The material on this site may not be reproduced, distributed, transmitted, cached or otherwise used, except with prior written permission of Futurism. Articles may contain affiliate links which enable us to share in the revenue of any purchases made.
Fonts by Typekit and Monotype.