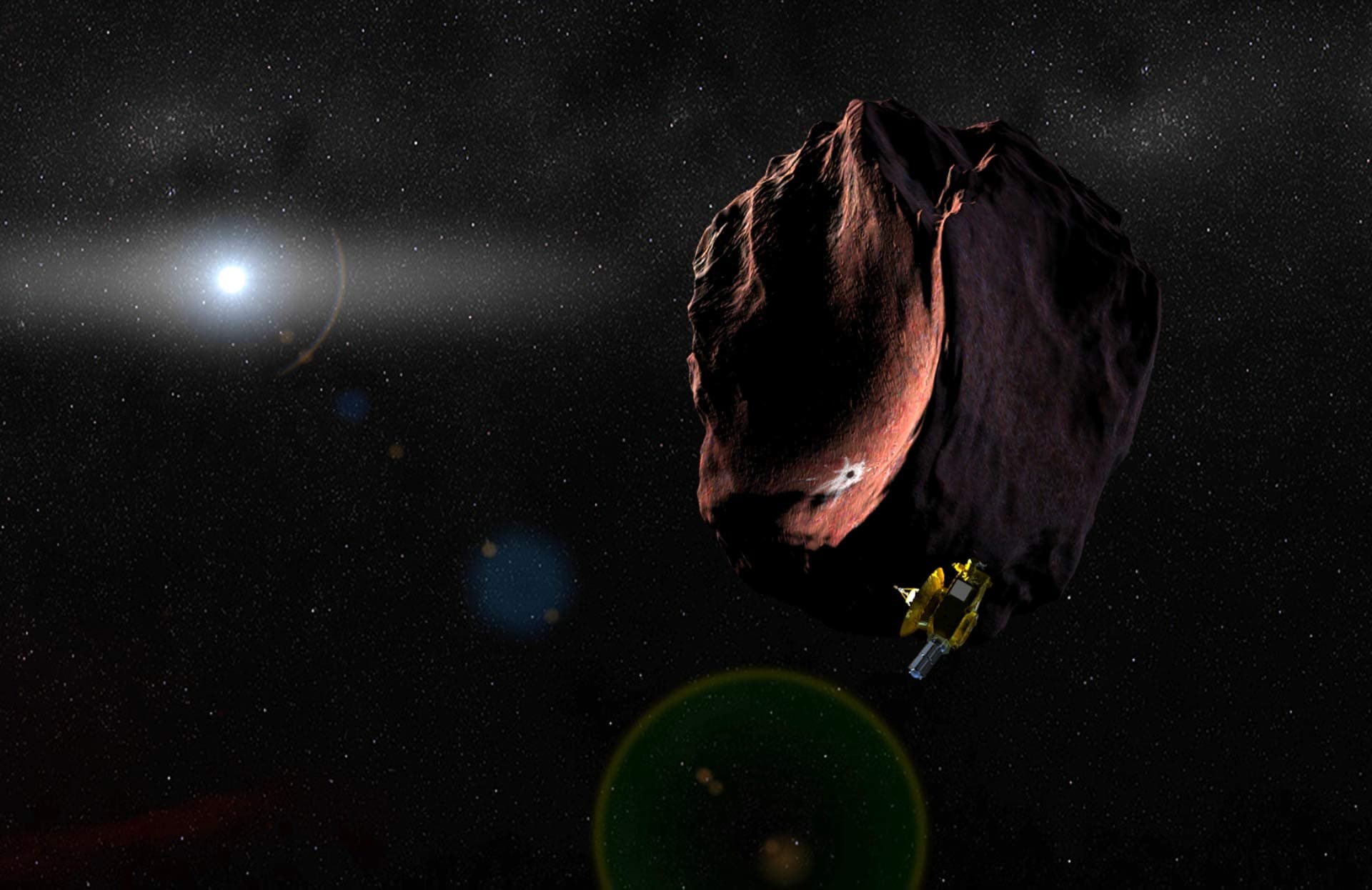 3.79 billion miles away in the inky blackness of space, NASA's New Horizons spacecraft snapped two pictures and transmitted those images back to Earth. New Horizons's December 2017 photoshoot now holds the record of being the farthest away a camera has ever been from our planet. The previous record was the famous 'Pale Blue Dot' image, taken by the probe Voyager 1 when it was 3.75 billion miles away in 1990.

Simon Porter, an astrophysicist at Southwest Research Institute in Colorado who is a member of the New Horizons mission, characterized the images as being results of a "test run" in an interview with The Washington Post. That's why the image of 2012 HE85 is slightly off-center in the picture above.

Currently, the Hubble Space Telescope orbiting Earth is able to produce more detailed images of most Kuiper Belt objects than New Horizons's LORRI, according to Porter. But not for long.

New Horizons is actually on its way out of our solar system, traveling about 700,000 miles a day away from us. The spacecraft switches between active and dormant modes to save fuel, and was most recently "on" between August and December 2017, when it shot the aforementioned images.

The next time New Horizons wakes up — in summer of 2018 — the images it beams back from the Kuiper belt will be better quality than those captured by the Hubble, The Washington Post reports.

As New Horizons continues to send us information about the far reaches of our solar system, scientists will analyze the images to improve our understanding of the shape and surface properties of these distant objects. The photographs will also help scientists check for moons, and whether these celestial objects have rings like Saturn and Uranus.

Whether New Horizons can help scientists locate the elusive, almost-mythical Planet Nine, or simply offer more insight into what objects are like in this distant region of space, it's clear this spacecraft will continue enhancing our knowledge about the farthest reaches of our solar system.