It's our best view yet. 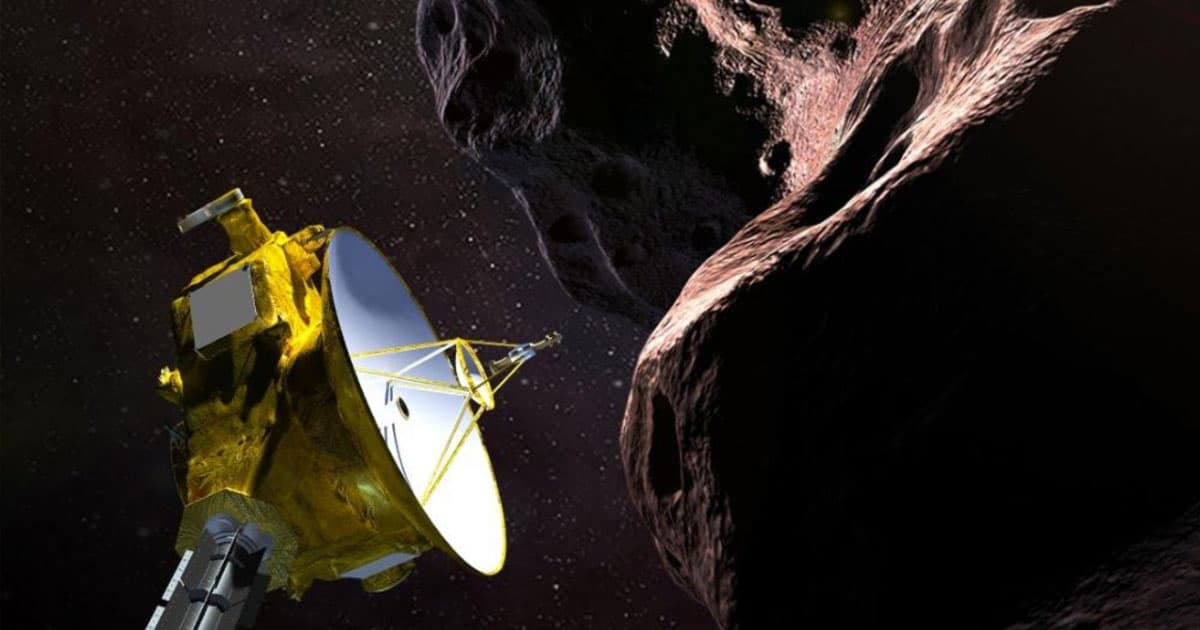 NASA's New Horizons spacecraft recently broke the record for the most distant flyby of any space body on January 2. It got a brief glimpse of a curiously shaped space rock called Ultima Thule (or MU69), some 4 billion miles away.

The first images we got to see of the "snowman"-shaped Kuiper Belt object were pretty pixellated and didn't show an awful lot of detail.

But as the data is trickling in from the New Horizons spacecraft — data transfer from such an immense distance takes its time — we're getting a better and better view of Ultima Thule each week.

NEW: #UltimaThule, now in higher-res! 📸 Both lobes now show many intriguing light & dark patterns of unknown origin, which may reveal clues about how it was assembled during the formation of the #solarsystem! @NASANewHorizons https://t.co/KK3T8ZFt3u pic.twitter.com/ULsF6atWUH

And yesterday, we got our best look yet: a stunning, high-resolution image of the tiny space rock, showing all of its 23 mile (37 km) across body in all its dented and scarred glory — at close to the original resolution of 440 feet (135 meters) per pixel.

The image was taken during the January 1 flyby, and was sent off back to Earth on January 18 and 19. Only now has all the data reached Earth.

Most critically, the photo might help us uncover even more mysteries about the object. Thanks to the lighting of its surface, the image reveals "numerous small pits up to about 0.4 miles (0.7 kilometers) in diameter," according to an official update from Johns Hopkins University's Applied Physics Laboratory.

Different intriguing light patterns might also give us insight as to how Ultima Thule was formed some 4.5 billion years ago.

"This new image is starting to reveal differences in the geologic character of the two lobes of Ultima Thule, and is presenting us with new mysteries as well," said Principal Investigator Alan Stern, of the Southwest Research Institute in Boulder, Colorado in the update.

"Over the next month there will be better color and better resolution images that we hope will help unravel the many mysteries of Ultima Thule."