The visit could reveal key insights about the origins of the solar system. 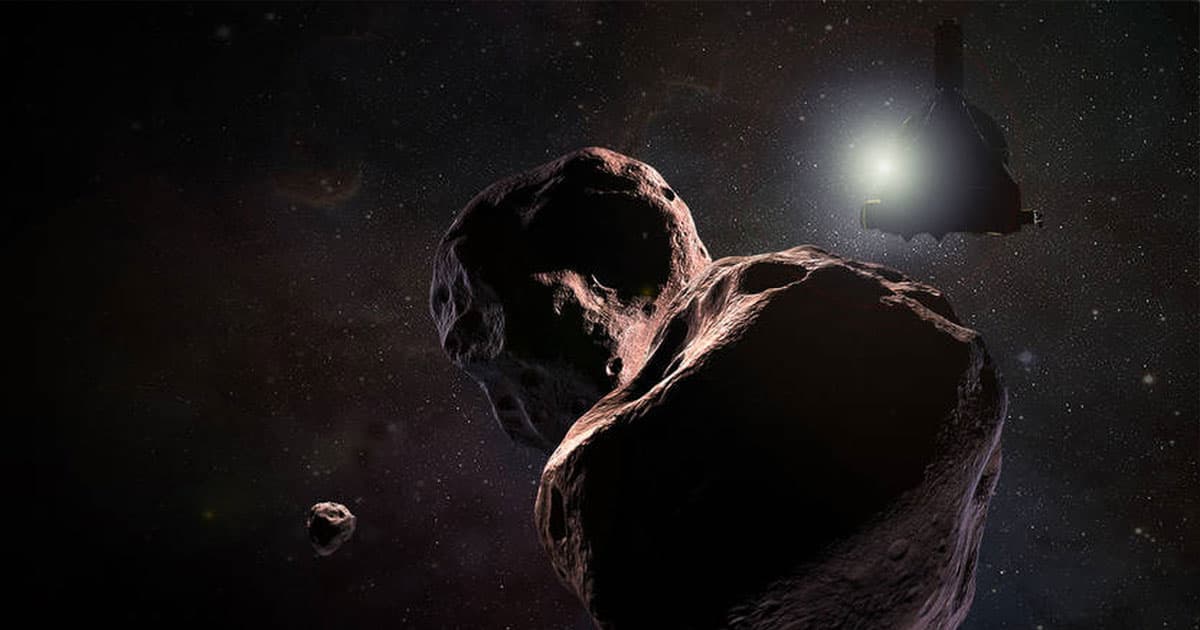 After whizzing past Pluto in July 2015, NASA's New Horizons spacecraft is fast approaching its next destination: Ultima Thule — or 2014 MU69 — a space rock only 23 miles (37 kilometers) across. Expected date of arrival: New Year's Day.

Ultima Thule is some 4.1 billion miles (6.6 billion kilometers) from Earth in the so-called Kuiper Belt — the region of the Solar System that lies beyond the known eight planets. It was discovered in 2014 when NASA scientists were looking for space rocks for New Horizons to visit.

It's been there for more than 4.5 billion years, so having a closer look could reveal key insights into the earliest days of our solar system.

We don't know much about the space rock yet, but we do know that getting a closer look will prove pretty difficult. "It’s a lot harder than Pluto," said mission leader Alan Stern, as quoted by New Scientist. "Instead of being the size of the continental US, it’s the size of Boston. Being 100 times smaller means it’s 10,000 times fainter."

And then there's the fact that New Horizons' batteries are slowly degrading — that means less power for keeping the lights on. And suffice it so say, things get pretty dark billions of kilometers away from the Sun.

Earlier this week, scientists were puzzled by Ultima Thule's odd shape. Team members at NASA thought the space rock was elongated rather than spherical. But observations showed that the "light curve" emitted from it was constant, suggesting it was spherical after all.

"I call this Ultima's first puzzle — why does it have such a tiny light curve that we can't even detect it? I expect the detailed flyby images coming soon to give us many more mysteries, but I did not expect this, and so soon," said New Horizons project lead Alan Stern in a recent statement.

The odd light signature could be caused by a "cloud of dust" or even "many tiny tumbling moons" surrounding it, suggests New Horizon's team in the statement.

It's impossible to tell as of right now. But thanks to NASA's New Horizons probe, we might soon get an answer.

READ MORE: NASA probe will hurtle past the most distant object we’ve ever visited [New Scientist]