Alan Stern: We Are Returning to Pluto

New Horizon's was NASA's first mission to Pluto. More are on the way.

It might seem that New Horizon just went into hibernation after its incredible mission to Pluto, but NASA scientists are eager to say hello to the infamous former planet once more. This curiosity stems from the fact that pluto defied all expectations with indications of a geologically active world, potentially holding liquid oceans underneath its surface. 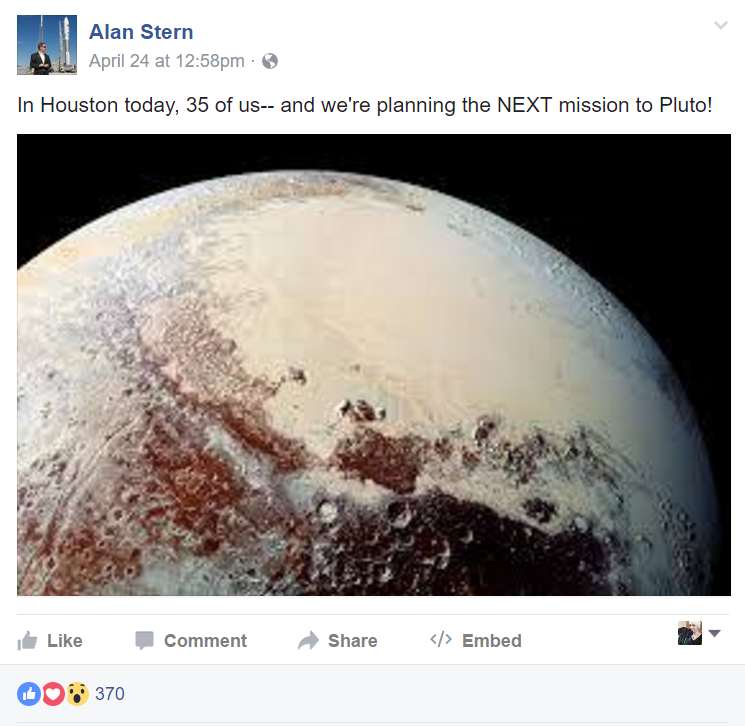 So, What’s the Plan?

The New Horizons spacecraft provided the science community with tons of interesting data, but Stern and his colleagues want to go a step further. They hope to send a spacecraft that can completely orbit Pluto while also studying how the dwarf planet changes over time.

The next vessel to make the trip and visit would be a little different than its predecessor. The spacecraft would mirror NASA’s Cassini spacecraft in objective and collect much more data.

However, this all will come down to the budget. Stern and his team are looking to the Planetary Science Decadal Survey, a document published every decade that highlights the most important endeavors for scientists to pursue in our solar system. And so, with plans in the earliest stages, we might have some more to look forward to from Pluto.

NASA’s Mars Mole Is Giving Up

SpaceX Better Than Shuttle or Soyuz, Says Astronaut Who Flew All Three

Joe Biden Was Behind NASA’s Historic SpaceX Launch This Week