Milky Way's Origins Are Not What They Seem

This study transforms our understanding of how galaxies formed from the Big Bang. 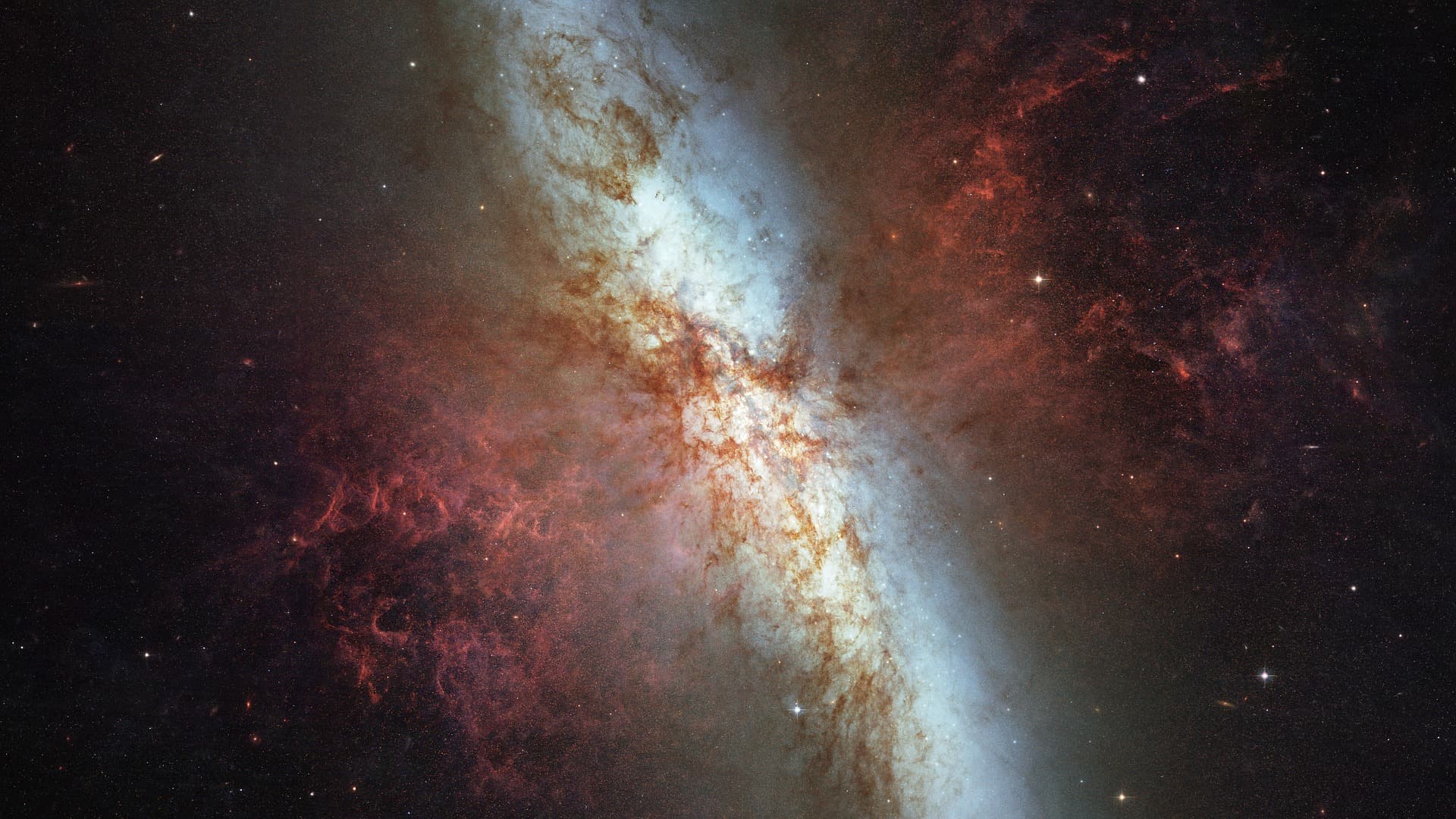 In a first-of-its-kind analysis, Northwestern University astrophysicists have discovered that, contrary to previously standard lore, up to half of the matter in our Milky Way galaxy may come from distant galaxies. As a result, each one of us may be made in part from extragalactic matter.

Using supercomputer simulations, the research team found a major and unexpected new mode for how galaxies, including our own Milky Way, acquired their matter: intergalactic transfer. The simulations show that supernova explosions eject copious amounts of gas from galaxies, which causes atoms to be transported from one galaxy to another via powerful galactic winds. Intergalactic transfer is a newly identified phenomenon, which simulations indicate will be critical for understanding how galaxies evolve.

"Given how much of the matter out of which we formed may have come from other galaxies, we could consider ourselves space travelers or extragalactic immigrants," said Daniel Anglés-Alcázar, a postdoctoral fellow in Northwestern's astrophysics center, CIERA (Center for Interdisciplinary Exploration and Research in Astrophysics), who led the study. "It is likely that much of the Milky Way's matter was in other galaxies before it was kicked out by a powerful wind, traveled across intergalactic space and eventually found its new home in the Milky Way."

Galaxies are far apart from each other, so even though galactic winds propagate at several hundred kilometers per second, this process occurred over several billion years.

Professor Claude-André Faucher-Giguère and his research group, along with collaborators from the FIRE ("Feedback In Realistic Environments") project, which he co-leads, had developed sophisticated numerical simulations that produced realistic 3-D models of galaxies, following a galaxy's formation from just after the Big Bang to the present day. Anglés-Alcázar then developed state-of-the-art algorithms to mine this wealth of data and quantify how galaxies acquire matter from the universe.

The study, which required the equivalent of several million hours of continuous computing, will be published July 26 (July 27 in the U.K.) by the Monthly Notices of the Royal Astronomical Society.

"This study transforms our understanding of how galaxies formed from the Big Bang," said Faucher-Giguère, a co-author of the study and assistant professor of physics and astronomy in the Weinberg College of Arts and Sciences.

"What this new mode implies is that up to one-half of the atoms around us—including in the solar system, on Earth and in each one of us—comes not from our own galaxy but from other galaxies, up to one million light years away," he said.

"In our simulations, we were able to trace the origins of stars in Milky Way-like galaxies and determine if the star formed from matter endemic to the galaxy itself or if it formed instead from gas previously contained in another galaxy," said Anglés-Alcázar, the study's corresponding author.

In a galaxy, stars are bound together: a large collection of stars orbiting a common center of mass. After the Big Bang 14 billion years ago, the universe was filled with a uniform gas—no stars, no galaxies. But there were tiny perturbations in the gas, and these started to grow by force of gravity, eventually forming stars and galaxies. After galaxies formed, each had its own identity.

"Our origins are much less local than we previously thought," said Faucher-Giguère, a CIERA member. "This study gives us a sense of how things around us are connected to distant objects in the sky."

The findings open a new line of research in understanding galaxy formation, the researchers say, and the prediction of intergalactic transfer can now be tested. The Northwestern team plans to collaborate with observational astronomers who are working with the Hubble Space Telescope and ground-based observatories to test the simulation predictions.

The study is titled "The Cosmic Baryon Cycle and Galaxy Mass Assembly in the FIRE Simulations."

This article was provided by Northwestern University. Materials may have been edited for clarity and brevity. And make the name of the source a link back to their website.

Read This Next
Distinct Kink
The Milky Way is a Lot More Warped Than Scientists Thought
Black Hole Sun
Here's the Best-Ever Image of the Black Hole Devouring Our Galaxy
Bad Trip
Galactic Collision Could Fling Our Solar System Into Intergalactic Space
I Need Space
These Lonely Planets Drift Through Space Without Orbiting Stars
Futurism
A New Trick Lets Us Weigh The Galaxy. It’s The First Step Toward Figuring Out What It’s Made Of
More on Off World
Trashing Orbit
Yesterday on the byte
Elon Musk Says SpaceX May Build Starship That Dies on Purpose
Cat and Mouse
Yesterday on the byte
SpaceX to Launch "Hunter" Satellites for Targeting Rival Spacecraft
Space In Space
Yesterday on the byte
NASA Official Admits There's a Bit of an Issue on the Space Station
READ MORE STORIES ABOUT / Off World
Keep up.
Subscribe to our daily newsletter to keep in touch with the subjects shaping our future.
+Social+Newsletter
TopicsAbout UsContact Us
Copyright ©, Camden Media Inc All Rights Reserved. See our User Agreement, Privacy Policy and Data Use Policy. The material on this site may not be reproduced, distributed, transmitted, cached or otherwise used, except with prior written permission of Futurism. Articles may contain affiliate links which enable us to share in the revenue of any purchases made.
Fonts by Typekit and Monotype.