A New Trick Lets Us Weigh The Galaxy. It’s The First Step Toward Figuring Out What It’s Made Of

So that we can finally understand dark matter. 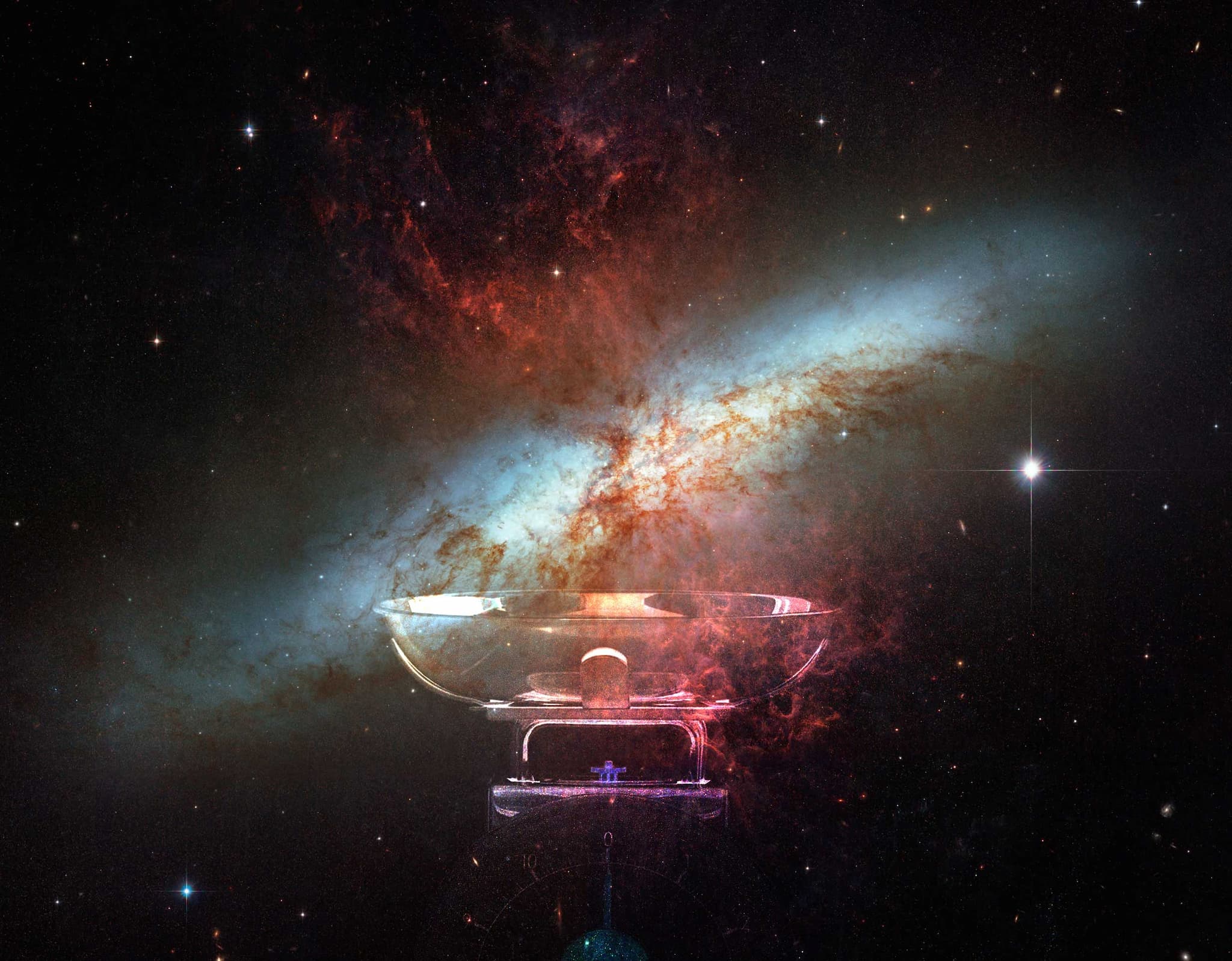 Astronomers have a pretty solid hunch they're missing something.

Luminous matter — everything that we can see and feel — only makes up about 15 percent of all the matter in the universe, evidence suggests. The rest of the matter in the universe, researchers suspect, is made up of something called dark matter, a substance they don't know much about and is totally invisible. So far, we haven’t been able to figure out what dark matter is made of, or how it holds billions and billions of galaxies together.

But a team of astronomers recently took an important first step: weighing the Milky Way.

Figuring out how to weigh the galaxy has vexed astronomers for years. After all, they can't exactly throw it on a scale. Previous attempts have yielded a huge range of answers, but research published earlier this spring may finally settle the issue. This answer may bring researchers one step closer to discovering more about what dark matter is and how it works with the rest of the matter we can see.

To weigh a galaxy, you need to figure out how strong its gravitational pull is. Past experiments relied on the velocity and position of celestial bodies called tracers — rogue stars or galaxy fragments that may have been torn apart billions of years ago and now trail behind larger galaxies like our own. Because these tracers move at different velocities at different points in their erratic orbits (and because most earlier studies didn't always take that into account), researchers have come up with a huge range of estimates for the mass of the Milky Way: anywhere between 700 billion and 2 trillion times that of the Sun. (I admit, it's strange to measure the galaxy in terms of how many Suns it weighs. We seem to use this as a way to measure the galaxy's weight because we learned the mass of the Sun before we learned how to measure anything else in space, so it just became astronomers' go-to unit).

In this recent study, the scientists tweaked their measurements a bit. Instead of looking at the tracers' position and velocity to determine how much gravitational force the Milky Way was exerting on them, the researchers calculated angular momentum — a measurement of rotation that stays the same throughout a tracers’ elliptical path around the universe.

With their new approach, the researchers were able to use a model of two billion years’ worth of tracer activity and come up with a more precise estimate for the mass for the galaxy: just about 960 billion times that of our Sun. That's about half of the highest estimates made in past studies.

Admittedly, this is a pretty roundabout way of unraveling the mysteries of dark matter. But now that scientists are armed with precise numbers about the things we do know, they’re better equipped to figure out how dark and luminous matter fit together to make our galaxy what it is.

Read This Next
Monkey Business
China Plans to Send Monkeys to Space Station to Have Sex With Each Other
Overview Effect
William Shatner Says His Space Trip Left Him With a Feeling of Terrible Grief
Astronaut Drip
We Just Got the First Peek at NASA's Artemis Moon Landing Suits
Blast Off
Former Astronaut Details Quest to Grow Cannabinoids in Space
RIP
Unfortunate Comet Flies Too Close to the Sun, Disintegrates and Becomes a Ghost
More on Off World
Heavy Metal
6:27 PM on the byte
NASA Mars Rover Finds Metallic Object That Smashed Down on Surface
Small But Mighty
5:44 PM on the byte
Baby Asteroid Photobombs James Webb On Accident
Little Guy
3:28 PM on the byte
Scientists Prototype "Creeping" Lizard-Like Robot for Exploring Mars
READ MORE STORIES ABOUT / Off World
Keep up.
Subscribe to our daily newsletter to keep in touch with the subjects shaping our future.
+Social+Newsletter
TopicsAbout UsContact Us
Copyright ©, Camden Media Inc All Rights Reserved. See our User Agreement, Privacy Policy and Data Use Policy. The material on this site may not be reproduced, distributed, transmitted, cached or otherwise used, except with prior written permission of Futurism. Articles may contain affiliate links which enable us to share in the revenue of any purchases made.
Fonts by Typekit and Monotype.