Gaia will keep stargazers busy for years to come. 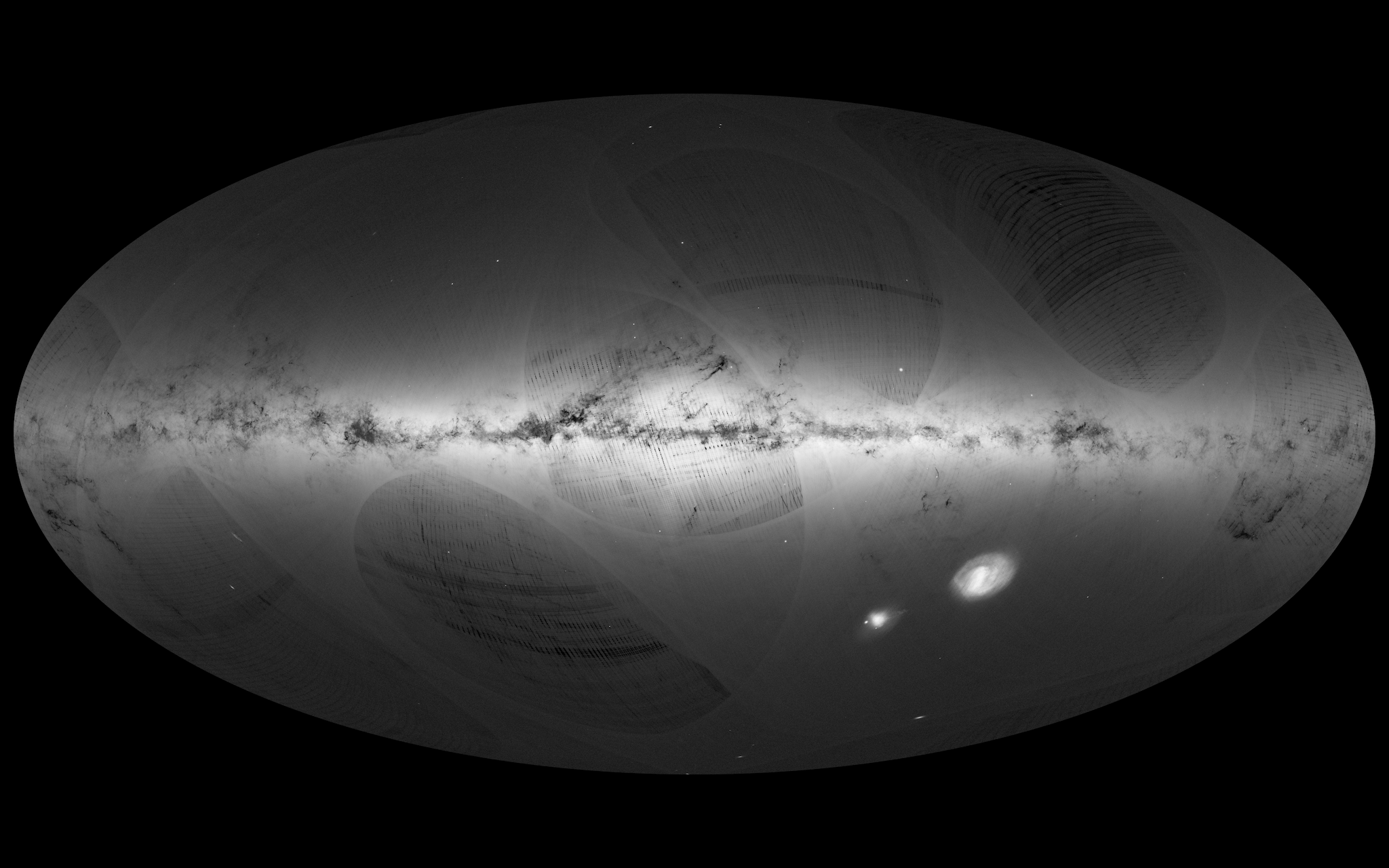 Since its launch in 2013, the European Space Agency's (ESA) Gaia space satellite has been taking photographs of our galaxy while going around the sun. Covering more than 1.5 million km (almost a million miles) now, it has produced a stunning image detailing more than a billion stars in the Milky Way. It's the largest map of its kind to date.

"On its way to assembling the most detailed 3D map ever made of our Milky Way galaxy, Gaia has pinned down the precise position on the sky and the brightness of 1142 million stars," ESA reports in its release of the photograph.

Charting the galactic seas, Gaia uses a state-of-the-art billion pixel camera capable of gauging the diameter of a human hair from 1,000 kilometers away. That crystal-clear accuracy, combined with Gaia's two telescopes, have made it possible for the solar-orbiting satellite to cover a billion stars. This makes Gaia capable of pinpointing the exact locations of these stars and also plot their movement, which allows scientists to plot how distant each one is from the Earth.

"[N]ever have we achieved anything so complete or precise—it is a massive undertaking," Francois Mignard, member of the Gaia Science Team and astronomer at France's National Center for Scientific Research, told AFP.

The data from Gaia's map of the Milky Way is enough to keep researches busy in the next couple of years, true. Still, it's but one percent of our galaxy's supposed stellar population, scattered in an area over 100,000 light years in diameter. We'd need more Gaias to cover that.

But today is enough reason to celebrate. “The beautiful map we are publishing today shows the density of stars measured by Gaia across the entire sky, and confirms that it collected superb data during its first year of operations,” says Gaia project scientist Timo Prusti.

Already more than halfway through its 5-year mission, Gaia is set to still cover a billion more by 2017. Gaia's photos will also reveal other interesting details about our galaxy — exploding supernovas, asteroids that may threaten the Earth in the future, planets circling nearby stars, etc. — which were previously undetected.

Read This Next
Distinct Kink
The Milky Way is a Lot More Warped Than Scientists Thought
Black Hole Sun
Here's the Best-Ever Image of the Black Hole Devouring Our Galaxy
Bad Trip
Galactic Collision Could Fling Our Solar System Into Intergalactic Space
I Need Space
These Lonely Planets Drift Through Space Without Orbiting Stars
Futurism
Dark Energy Survey Discovers Remnants of Other Galaxies Within Our Own
More on Off World
Grrrrrrrr
Yesterday on the byte
Internet Erupts as NASA Spots Cartoon Bear on Surface of Mars
Gl1tc4
Yesterday on the byte
NASA Says Another James Webb Instrument Has Suffered a Glitch
comet Spotting
Yesterday on the byte
Behold! Dazzling Green Comet Approaches
READ MORE STORIES ABOUT / Off World
Keep up.
Subscribe to our daily newsletter to keep in touch with the subjects shaping our future.
+Social+Newsletter
TopicsAbout UsContact Us
Copyright ©, Camden Media Inc All Rights Reserved. See our User Agreement, Privacy Policy and Data Use Policy. The material on this site may not be reproduced, distributed, transmitted, cached or otherwise used, except with prior written permission of Futurism. Articles may contain affiliate links which enable us to share in the revenue of any purchases made.
Fonts by Typekit and Monotype.