Dark Energy Survey Discovers Remnants of Other Galaxies Within Our Own

Eleven stellar streams have been identified, largely in the Milky Way's halo. 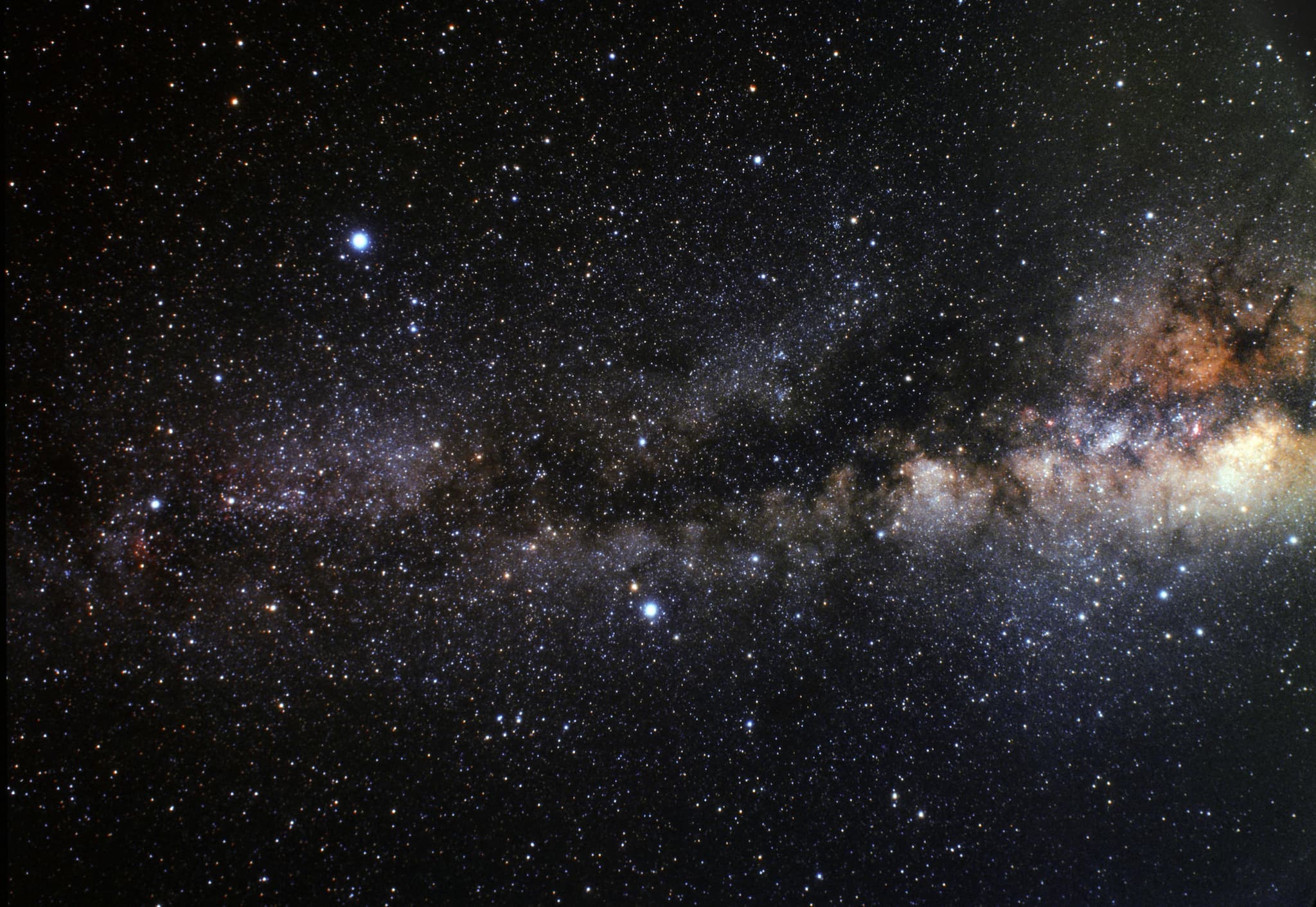 The Dark Energy Survey (DES) is an international, collaborative effort to map the Universe and detect its many phenomena — notably, dark energy and dark matter. Recently, the DES discovered a remarkable set of intruders in the Milky Way: 11 new streams of stars that originate from outside of our galaxy. These "stellar streams" are made up of the star remnants of nearby star clusters or dwarf galaxies, which have been altered or destroyed by the gravity of the Milky Way.

"We're interested in these streams because they teach us about the formation and structure of the Milky Way and its dark matter halo," said University of Chicago graduate student Nora Shipp in a statement, as reported by Seeker. "Stellar streams give us a snapshot of a larger galaxy being built out of smaller ones."

This is especially true because the majority of the stellar streams were found in the Milky Way halo, which appears to be primarily comprised of dark matter. While you cannot see dark matter, astronomers can detect its gravity tugging on surrounding cosmic matter.

Using one of the world's most powerful cameras, alongside telescopic technology to image and record data from an enormous area, the DES is focused on further exploring and understanding dark matter and dark energy, which remains one of the universe's biggest enigmas. This recent discovery is particularly exciting in how it could expand this understanding.

These alien ribbons of remnant stars are typically very difficult to find. Before these 11 were found, only 23 total had been previously identified. While there are about 1,000 to 10,000 main sequence stars in each stream, "In big picture terms, these are small numbers of stars compared to the total number of stars in the Milky Way halo," Joan Najita, from the National Optical Astronomy Observatory (NOAO), said in an interview with Seeker.

Identifying and studying these streams can expand our knowledge of how the Milky Way was formed. Many think that our galaxy's halo, made up of dark matter, globular star clusters, and gas, could have been largely made up of previous star streams that were gravitationally pulled from nearby galaxies.

Identifying and studying these streams can also allow scientists to trace the distribution of dark matter, locating where its powerful gravity have tugged on passing stellar matter.

And in the coming years, the completion of the Large Synoptic Survey Telescope (LSST) in Chile will allow astronomers to combine these technologies, imaging the universe in greater detail than ever before.

"In the 2020s, LSST will deliver a yet wider and deeper view of the Universe — from distant galaxies, to our Milky Way, down to the solar system," said Adam Bolton, the associate director for the Community Science and Data Center at NOAO. He told Seeker that these capabilities will display the universe “not just as a still photo, but as a high-definition movie that will capture the rich variability of the sky.”

Read This Next
Hello Darkness
NASA Proposes Sending Spacecraft to Measure Mysterious Dark Matter
Distinct Kink
The Milky Way is a Lot More Warped Than Scientists Thought
Black Hole Sun
Here's the Best-Ever Image of the Black Hole Devouring Our Galaxy
Bad Trip
Galactic Collision Could Fling Our Solar System Into Intergalactic Space
Measure Twice
Two Nearly-Identical Dark Matter Studies Have Conflicting Results
More on Off World
Killernova
Yesterday on the byte
Scientists Find "One in Ten Billion" Star System Primed to Explode in Titanic Kilonova
Lonely Planet
Feb 5 on futurism
Scientists Find Nearby Planet the Same Size of Earth, Plan to Search It for Life
Take Cover
Feb 4 on the byte
Space Startup Blows Up Another Giant Inflatable Space Station Module
READ MORE STORIES ABOUT / Off World
Keep up.
Subscribe to our daily newsletter to keep in touch with the subjects shaping our future.
+Social+Newsletter
TopicsAbout UsContact Us
Copyright ©, Camden Media Inc All Rights Reserved. See our User Agreement, Privacy Policy and Data Use Policy. The material on this site may not be reproduced, distributed, transmitted, cached or otherwise used, except with prior written permission of Futurism. Articles may contain affiliate links which enable us to share in the revenue of any purchases made.
Fonts by Typekit and Monotype.